A City in Service on Comcast Cares Day 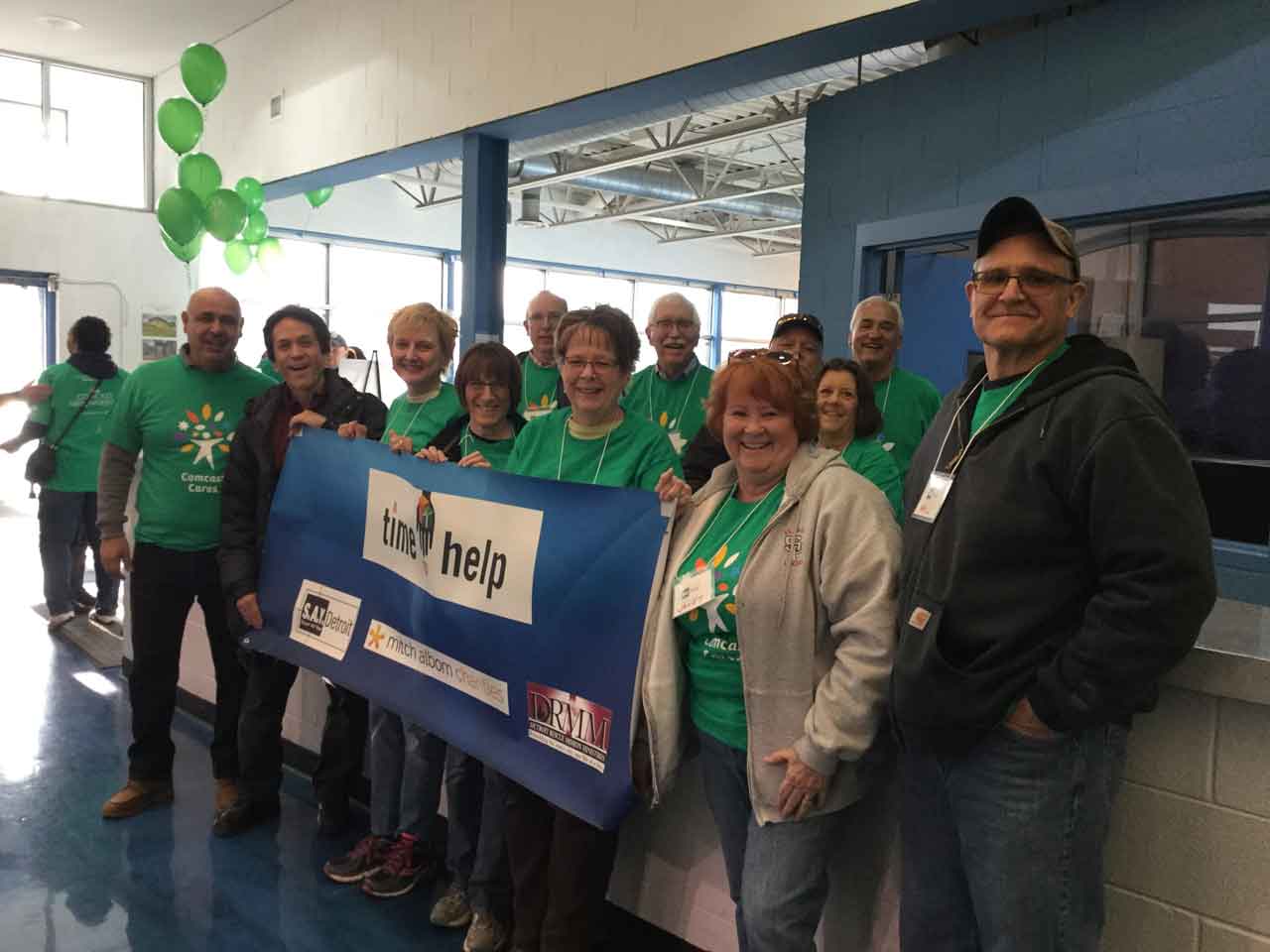 It was double the fun — two volunteer events in one.

Nearly 20 volunteers from A Time to Help joined more than 100 others for Comcast Cares Day, a national day of service on Saturday (April 21) at the S.A.Y. Detroit Play Center at Lipke Park.

The event drew dignitaries near and far, including David Cohen, Sr. EVP and Chief Diversity Officer of Comcast Corporation, who flew into Detroit that morning from Philadelphia to participate in the project.

Partnering with the City of Detroit and Cities of Service, Comcast used the S.A.Y. Play Center as a staging area for a number of beautification and safety projects around the northeast Detroit neighborhood. At a pre-event rally that was attended by Detroit Mayor Mike Duggan, Comcast presented S.A.Y Detroit with a $20,000 donation to go toward continued improvements at the three-year-old Center.

Before the ceremony, S.A.Y. Detroit founder Mitch Albom thanked the ATTH crew before the volunteers fanned out to work inside and outside the facility. Their work included sweeping gravel from the parking lot and cleaning walls in the cafeteria and hallway.

“I grew up kind of near here, at 7 Mile and Gratiot,’’ said Ann Hurrish of Oxford, who has participated in ATTH events for the past five years. “It’s a nice feeling to help your old community.’’

ATTH’s next project is scheduled for May 19 at Lighthouse of Oakland County. Information and registration will be posted this week.