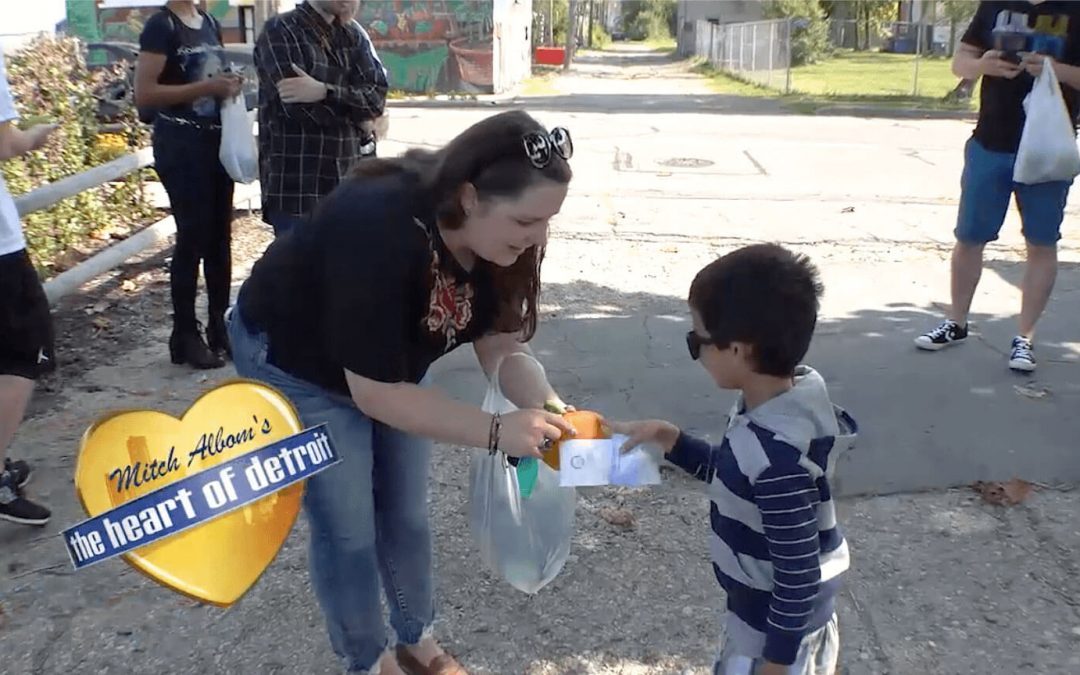 Nestled in Detroit’s North End neighborhood is three acres of land filled with three hundred different varieties of produce, two hundred fruit trees and a number of structures on the verge of development.  It is a sight to see.

Mitch: What is it about urban farming that has particular appeal especially in a city like Detroit?

Quan: Greenery in an urban place is something that you don’t get too often but it is something that is very unique to Detroit. We help tackle the food insecurity that is in Detroit by providing fresh produce to people who don’t have it.

Michigan Urban Farming Initiative has been in the North End since 2011.  It is the vision of founder Tyson Gersh.  Through the support of grants, fundraising and thousands of hard-working volunteers, MUFI is able to provide all produce to the neighborhood, free of charge.

Quan: Eighty percent of the produce gets back into the community and that other twenty percent goes to churches or food pantries, which also might be in the neighborhood.

This oasis has become quite the destination for locals and international visitors.  All who walk the grounds quickly realize that the benefit of the garden goes beyond just fresh produce.

Quan: Just being in this open space with the plants I think its very calming and therapeutic but then the other half is just meeting all these interesting people and so just to see the people taking the produce the tomatoes specifically really puts a smile on my face.

Mitch: So as it goes away “so there goes one of my prized tomatoes.”

Michigan Urban Farming Initiative, MUFI, is cultivating the land for the people, right here in the heart of Detroit.

Season 8 of Heart of Detroit is wrapping up a little earlier this year, but you can catch up with the whole season’s playlist here.

Better Together Turns Anonymity Into Respect

The Heart of Detroit is a groundbreaking public service initiative that shares inspiring stories of metro Detroiters with heart and everyday people who step up to help make our community a better place to live.
learn more