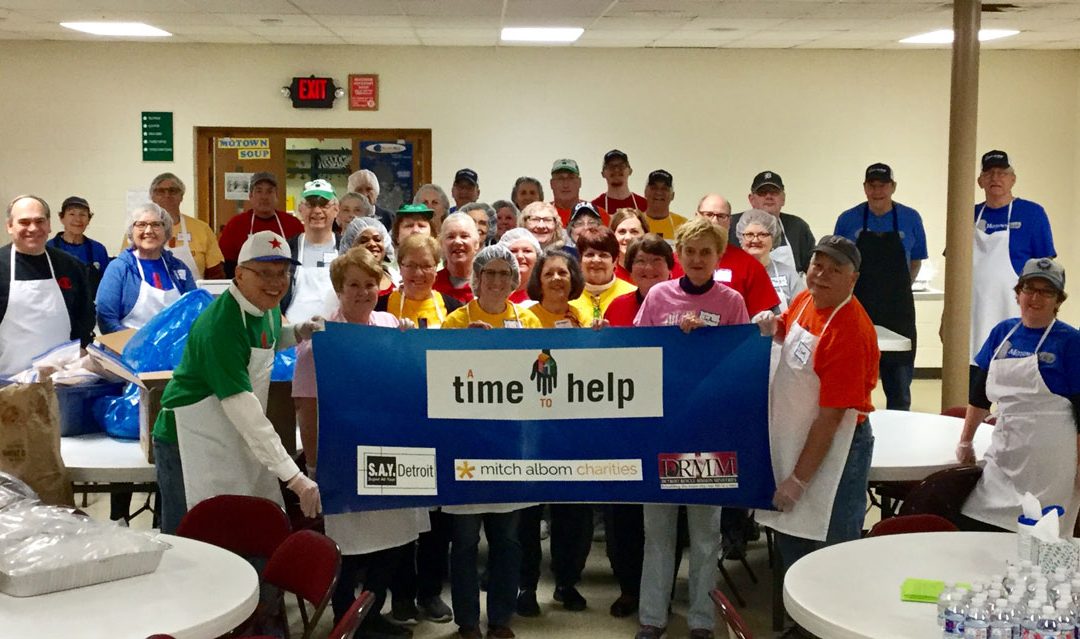 UTICA — Another project. Another record.

A Time To Help volunteers have long considered Motown Soup one of their favorite projects of the year. Saturday was no different.

The Utica-based all-volunteer nonprofit, which produces and packages dry soups and other mixes to raise funds for the needy, hosted more than two dozen ATTH volunteers in their kitchen and assembly area at Trinity Lutheran Church. In three hours, the group produced and packaged 1,420 soup mixes (about $10,000 worth of product), which beat last year’s ATTH effort of 1,200.

A terrific number, considering the project started late because of the icy commute many volunteers faced on the drive in.

“Getting groups like this to come in to help, it gives us a big boost,” said Dan Kennedy, one of Motown Soup’s volunteers who helped coordinate the morning. “The timing is perfect; we had an almost empty store room. Your efforts gave us an opportunity to replenish in a big way.”

There was even some friendly competition that brewed between the groups of volunteers. By mid-morning, judging from their pace, some were wondering if “chicken pot pie’’ would edge the “white chicken chili’’’ team for the most assembled soup mixes. And the winner was….

“Everything about the morning — it really went great,” Kennedy said.

ATTH thought so, too.

ATTH’s next project is set for April 6 at Cass Community Social Services. Registration will begin this week at atimetohelp.org.

Restocking and Restoring Help and Hearts at Cass Community