ATTH Teams Up With Lighthouse of Oakland County 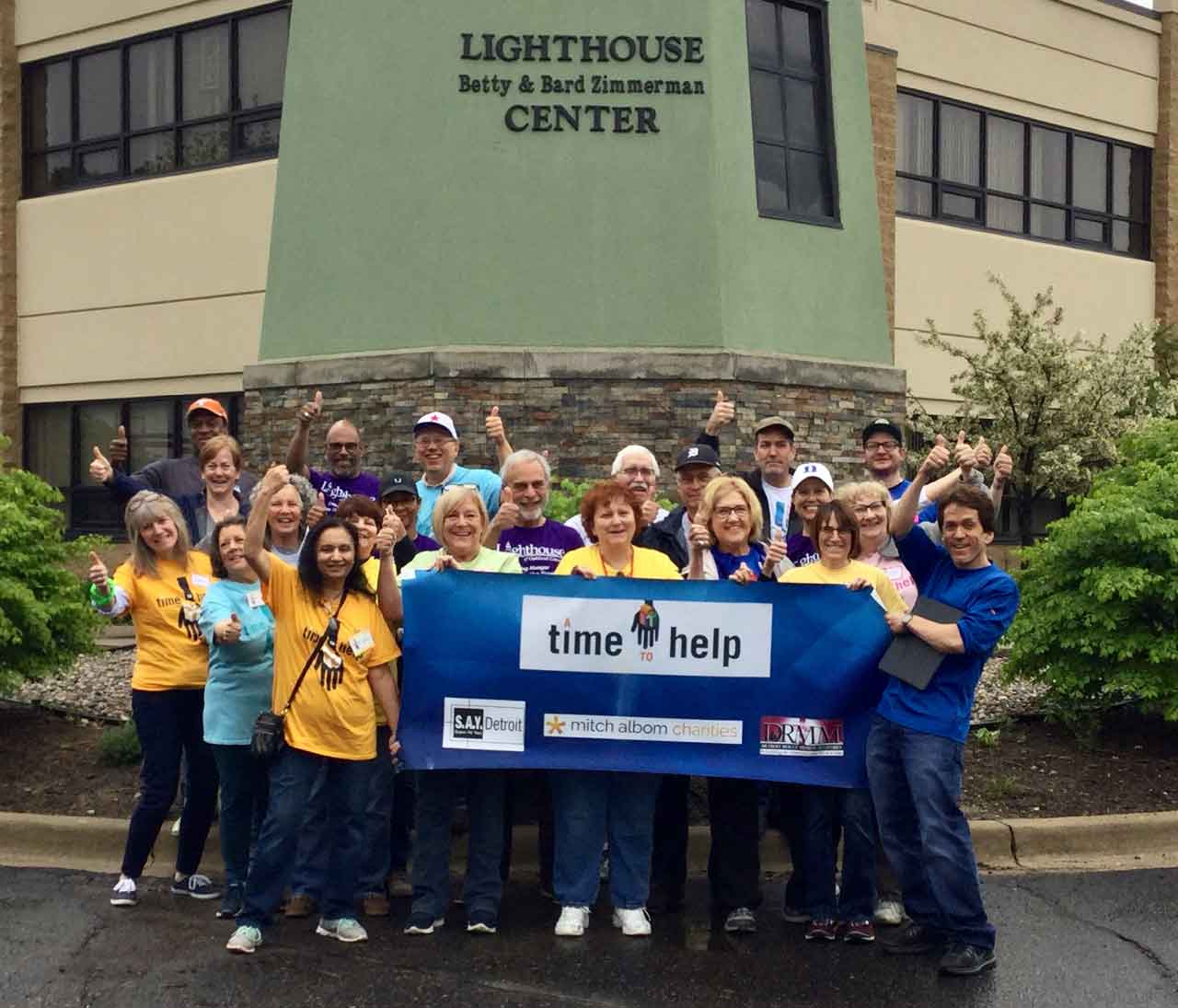 In assembly line fashion, more than 20 A Time To Help volunteers joined S.A.Y. Detroit founder Mitch Albom and radio show co-host Ken Brown on Saturday (May 19) at Lighthouse of Oakland County for one of the largest one-day food drives in the country.

For nearly three hours, the volunteers unloaded a semi-truck filled with donated food items and prepared the goods for distribution at Lighthouse, which since 1972 has been serving residents of southeastern Michigan who face economic hardship by providing the support and resources they need to move toward self-sufficiency.

The project was joined by several first-time ATTH volunteers, including Dolores and Bob Harris of Bloomfield Township.

“I so admire the mission of S.A.Y. Detroit and the mission of Lighthouse,” Dolores said. “What I like most about today is the opportunity to work with others on a team project to help the community.”

James McQueen, pantry manager at Lighthouse, said that the group unloaded and boxed more than 2,000 pounds of food.

“They did an excellent job,” McQueen said. “Helping families in Oakland County to provide meals during the summer, which the students always get when school is in session — this will increase our inventory, which will better enable us to serve them.”

ATTH’s next project is scheduled for June 9 at Buckets of Rain, a nonprofit urban garden which provides fresh produce for the needy and homeless. More information on the project will be posted when registrations opens later this week at atimetohelp.org.