Breaking Records, Helping Others at Gleaners 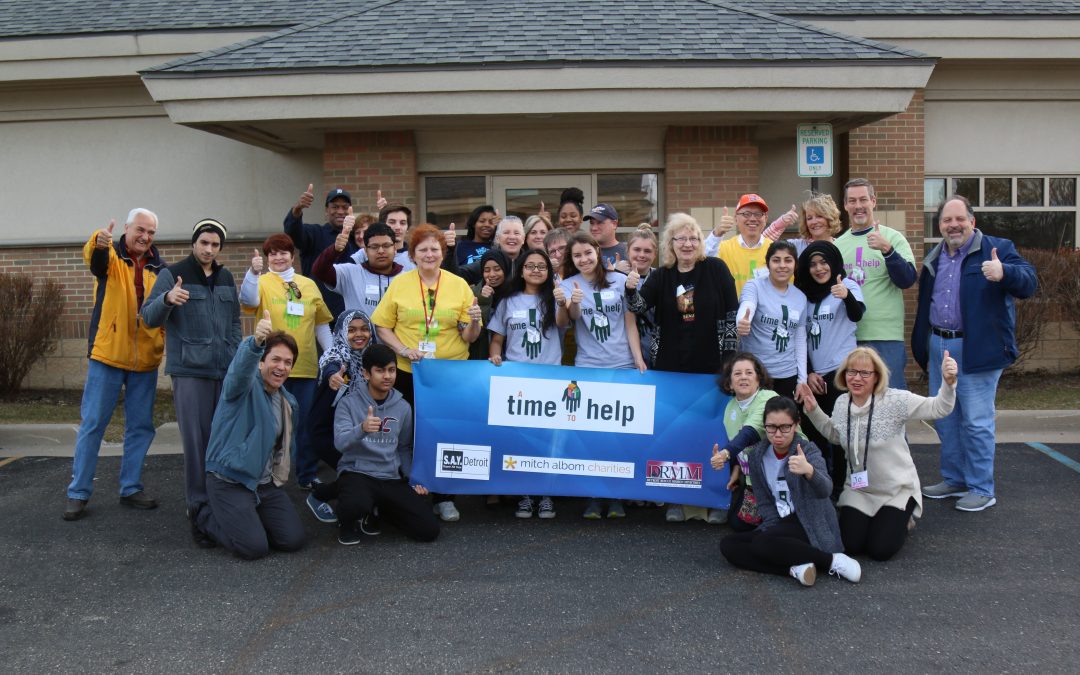 Gleaners Community Food Bank of Southeastern Michigan has been feeding hungry people and nourishing communities for years. On Saturday (Feb. 18), more than 30 volunteers with Mitch Albom’s A Time to Help initiative contributed to the effort.

The volunteers — which included nearly a dozen National Honor Society students from nearby Fitzgerald High — gathered at Gleaners in Warren to spend the morning repackaging donated frozen carrots into two-pound bags.

Albom divided the group into three teams for a friendly competition to see which one could package the most. By the end of the two-hour shift, all combined, 3,480 pounds of carrots were packaged and boxed. According to Gleaners, the effort will impact nearly 3,000 lives. Working alongside the teams was Ken Brown, Albom’s radio show co-host on WJR (760AM)

“Last year we distributed 35.9 million pounds of food, and we have less than 100 employees,” said Sherree Gerzanics, who works Gleaners as a volunteer coordinator. “If not for the over 48,000 volunteers who came through our doors at all five sites, we couldn’t exist.

“What your group did today was great. We couldn’t do it without you.”