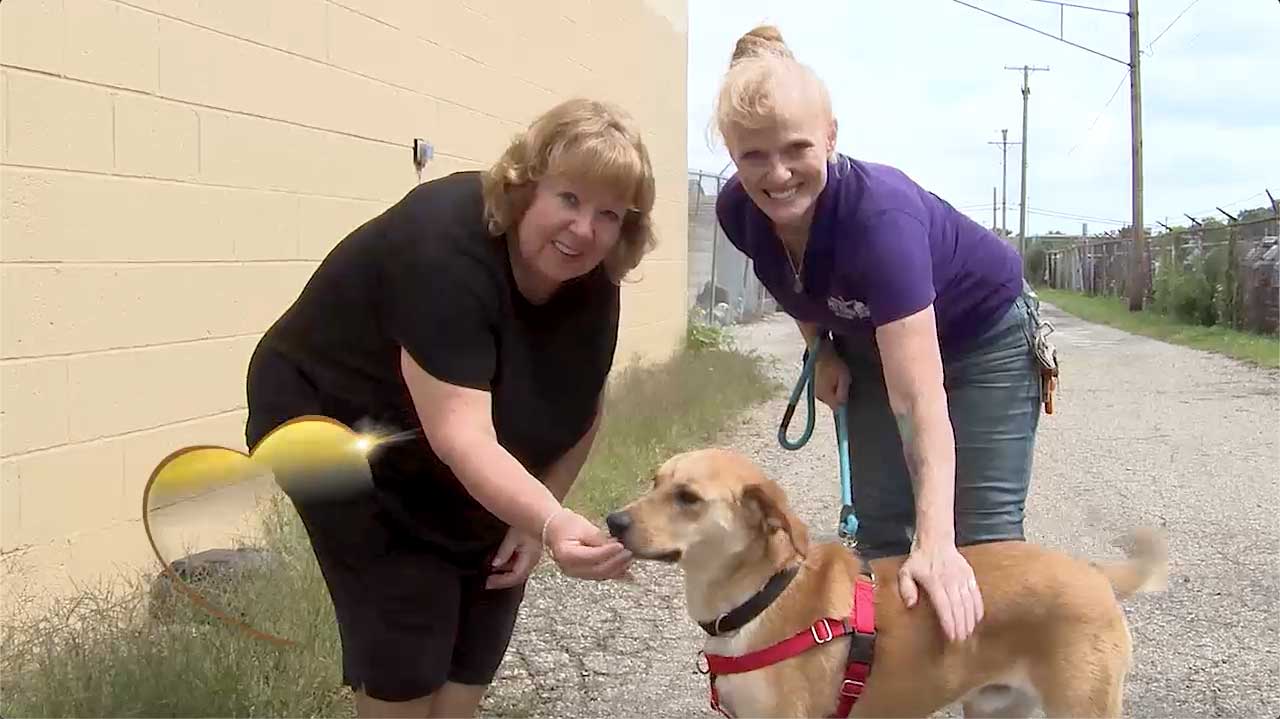 When we first met Debbie Schutt on the Heart of Detroit, she was organizing community programs on Woodward Avenue.  Debbie is still very active in the community today but now a four-legged one.

Debbie: I was starting my own consulting firm I thought to myself I can get a dog cause I would be working at home so I decided to foster.

Debbie fostered over 80 puppies – eventually adopting one of her own. But it was her interactions with shelters that started her crusade to change the system.

Debbie: About 120 thousand animals were walking in the shelter alive and leaving in body bags

Mitch (over Debbie):  And how many is it now?

This drastic change is due to the Michigan Pet Fund Alliance’s diligence in working with shelters through training, education, and advocacy.

Jodie: We have animal control officers now in departments that don’t look at them as its a number if we don’t find an owner then we put it down.  Now we pay attention to the individual animals to try to get them into homes.

And in 2018 Michigan made another major leap.

Mitch: On behalf of the four legged versions out there we say woof and thank you.

Debbie: Laughing…..Got to get a meow in there.

Mitch: And a meow.

Winning her way into our hearts for a second time, Debbie Schutt and the Michigan Pet Fund Alliance are looking out for our four legged friends right here in the heart of Detroit.