Getting Detroit Water Ice Ready for the Spring Season 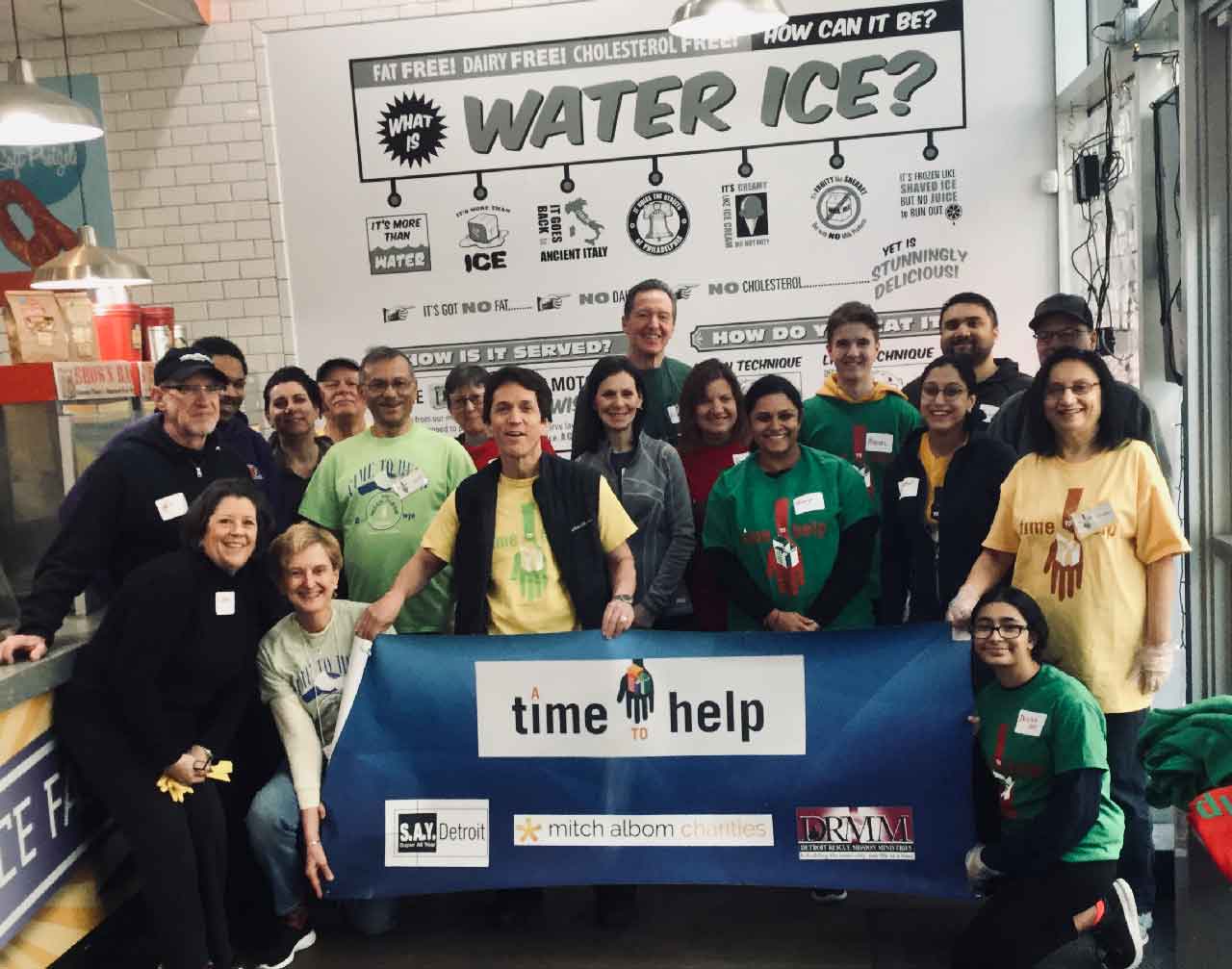 From storage room to storefront, the Detroit Water Ice Factory’s flagship location in downtown Detroit received a behind-the-scenes pick me up on Saturday (March 7) thanks to A Time to Help.

For three hours, 20 volunteers — including SAY Detroit founder Mitch Albom — tackled a deep cleaning and organizing project that had the five-year-old frozen dessert store almost looking like new again. The DWIF was established by Albom in 2015 with profits benefitting SAY Detroit’s programs and projects aimed at helping Detroiter’s in need.

“Having so many volunteers show up on a Saturday morning provided the  manpower that is almost impossible for us to do under any other circumstances,’’ he said. “They were able to do in 2-3 hours what it would have taken us a week to do with a couple of people trying to do it in between shifts. They were able to beautify and prep the place for the big busy summer season, which will allow us to make a lot more money for needy Detroiters.’’

The project welcomed several new volunteers to A Time to Help, which didn’t go unnoticed by Albom — including a foreign exchange student from Spain.

“A Time to Help continues to prove how vital volunteering is in the city of Detroit and how productive even a relatively small group of volunteers can be when they get together and pool their efforts,’’ he said. “Today was proof of that.’’

A Time to Help’s next project is April 18 at the Gleaners Pontiac Distribution Center. Registration will open in the next week or so at atimetohelp.org.