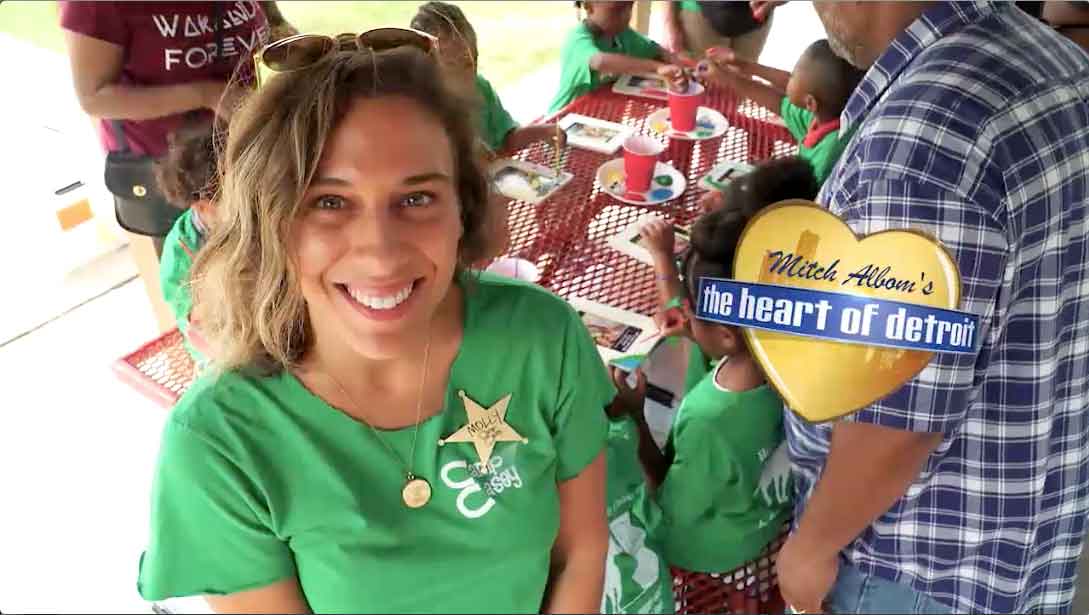 When Molly Reeser was a student at Michigan State, she worked at a nearby farm to earn extra school money. That’s where she met a young girl named Casey.

Molly: I noticed this young girl who was evidently going through cancer treatment when she was at the barn she was there to experience you know (Mitch: Being a child) normalcy exactly. So Casey passed away about a year and a half after I got to know her we all got together and said lets do something to honor Casey’s life and we will call it Camp Casey.

Camp Casey was a day full of horseback riding, crafts and fun for children going through cancer treatment.

Molly: It was supposed to be a one time thing but about a week later I received a letter from a little boy that said thank you for the best day of my life and he was 4 and I remember thinking oh well we have to do this again.

Camp Casey became a weekly event. But bringing a group of immune suppressed children to a farm became an issue, so Molly found a solution – Horsey House Calls.

Mitch: You literally bring the horse to the house.

Through Camp Casey and Horsey House Calls, Molly Reeser is honoring her friend Casey, right here in the heart of Detroit.