House Given To Working Mom 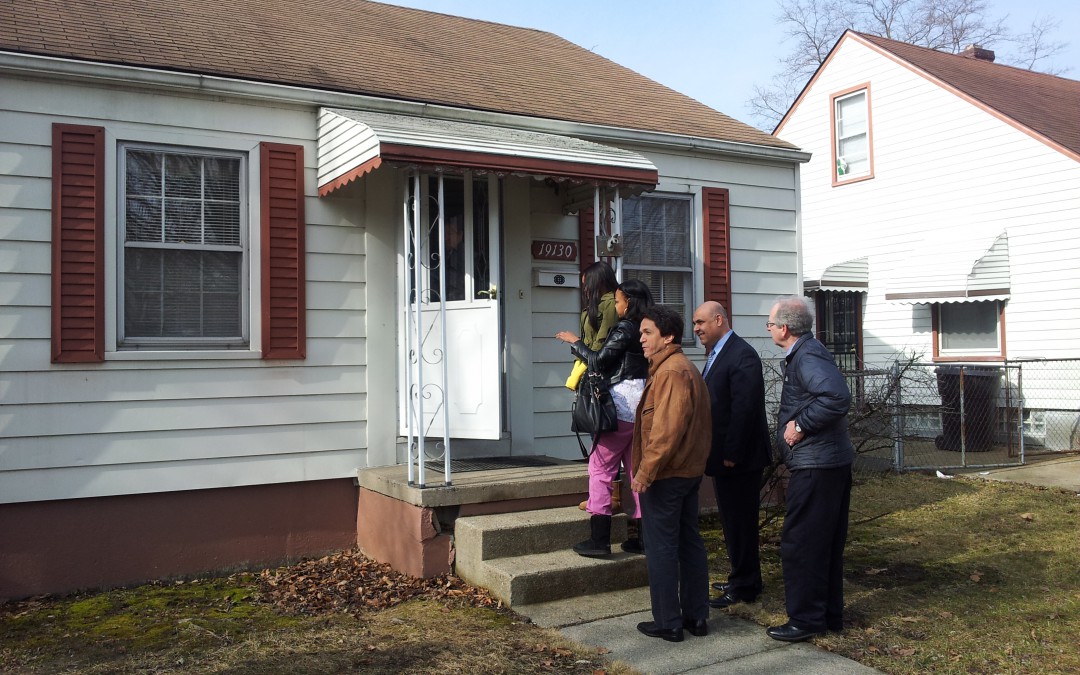 April 8, 2014 – Detroit – Mitch Albom and Dr. Chad Audi of the Detroit Rescue Mission Ministries (DRMM) gave away their 18th home through the Working Homes/Working Families charity this morning to a very surprised Detroit mother of three.

The woman, known as Taisha, works as a nurse at the S.A.Y. Detroit Family Health Clinic in Highland Park but has recently fallen on hard times and has had to move herself and her children in with her mother.  “It’s tight, but we make it work,” she says.  “As soon as we leave here, though, we’re going to my mother’s house to pack our bags!”

Brought to her new home in a DRMM van, Taisha said she was told she was going there to assist an elderly woman.   Instead, when she and one of her kids stepped out of the van, they were greeted by Albom, Audi, and several TV cameras.  Albom handed Taisha the keys and told her that as long as she paid the utilities and kept the house in order for the next two years, it would become permanently hers.  She responded by saying, “Then these keys are mine.  I won’t be giving them back!  This is truly a blessing.”

Detroit television affiliates for FOX, NBC, and ABC were all on hand to film the giveaway.