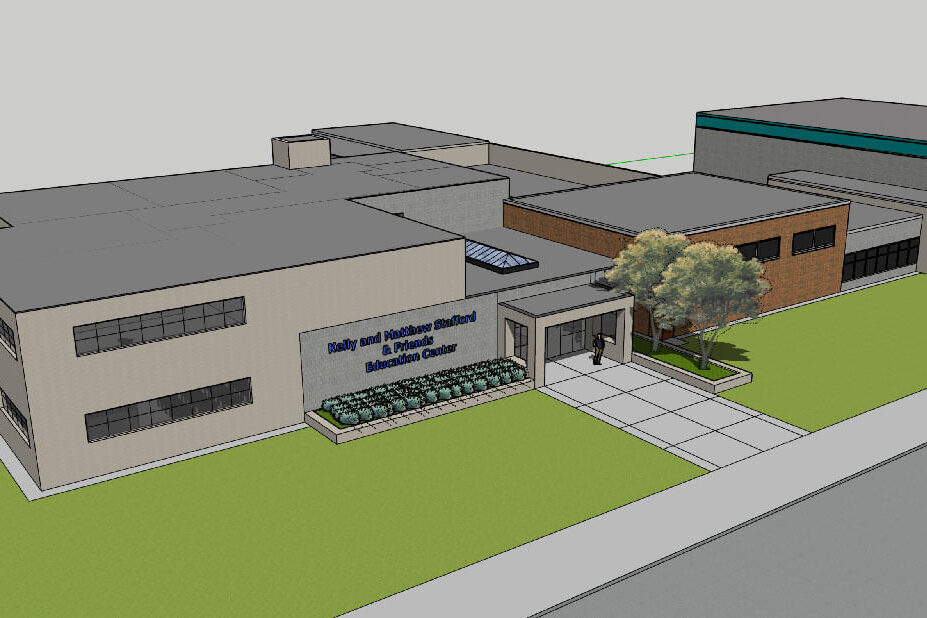 As part of their charitable legacy and commitment to help Detroiters in need, NFL quarterback Matthew Stafford and his wife, Kelly, have pledged $1 million to SAY Detroit to launch the nonprofit’s campaign to build “The Kelly and Matthew Stafford & Friends Education Center” on the grounds of the SAY Detroit Play Center at Lipke Park.

The 20,000-square-foot facility will include six classrooms, learning labs, vocational training space and a theater/auditorium, allowing SAY Detroit to expand its services and house a growing and diverse range of programming for kids, teens and adults. SAY Detroit, which was founded by author and journalist Mitch Albom in 2006, plans to break ground on the project in the near future. SAY Play is located at 19320 Van Dyke, Detroit, 48234.

To reach the project’s budgeting goal of $2 million, the Staffords have invited others as “Friends” to contribute and be recognized as co-builders of the new center. Several companies and business leaders have already pledged to join the campaign, including Blue Cross Blue Shield of Michigan, and the Forbes Company. The nonprofit is accepting all donations, both corporate and individual, at saydetroit.org.

“Detroit and its people have blessed us in so many ways,” Kelly Stafford said. “We only hope you, Detroit, have felt our gratitude through our joy of giving back to the city. As we sat down to figure how to thank you one last time, we felt like words weren’t sufficient. And so we have teamed up with Mitch Albom to create a new elite Education Center that will be attached to the SAY Play Center in Detroit.

“This is the legacy we want to leave behind.’’

The Staffords, who have called Detroit home for the past 12 years, have supported SAY Detroit since 2015 when they met with Albom to discuss partnering with SAY Play, a youth development center that would open later that year in a formerly closed recreation center.

At that time, the Staffords pledged a seven-figure commitment to build a professional-grade football field — now called Stafford Field — as well as help fund the facility’s academic enrichment center. The mission of SAY Play is to assist students from low-income families overcome literacy inequities and educational challenges while improving themselves and their communities.

“What the Staffords are doing is remarkable,” Albom said. “They are turning a farewell into a huge hello for so many needy Detroiters, from grade-school students to motivated teens to so many members of the Detroit community. And putting up the lion’s share, while encouraging new ‘friends’ to complete the construction, ensures this is truly a team effort. We are beyond grateful for their incredible generosity and will strive to see the Education Center reach the heights the Staffords envision.”

“People build lasting legacies in Detroit with hard work and kind hearts,” said Blue Cross Blue Shield of Michigan CEO Daniel J. Loepp, a native Detroiter. “Matthew and Kelly Stafford are creating a lasting legacy with SAY Play, one that will continue to improve young lives in the community.”

For the Staffords, the connection to the city of Detroit and its people is deep and heartfelt.

“There’s not enough words to truly express how grateful we are to have lived here for the past 12 years,” Kelly Stafford said. “We came here for football but we are leaving with a sense of home and endearment. Endearment not only for this city and the Lions organization, but a love for the people who make up this community. Detroit has supported our family not only by showing up on Sundays, but also through the most difficult times. We only hope that you have felt our gratitude through our joy of giving back to the city.”