The Little Bit Project Spreading Positivity in the Heart of Detroit 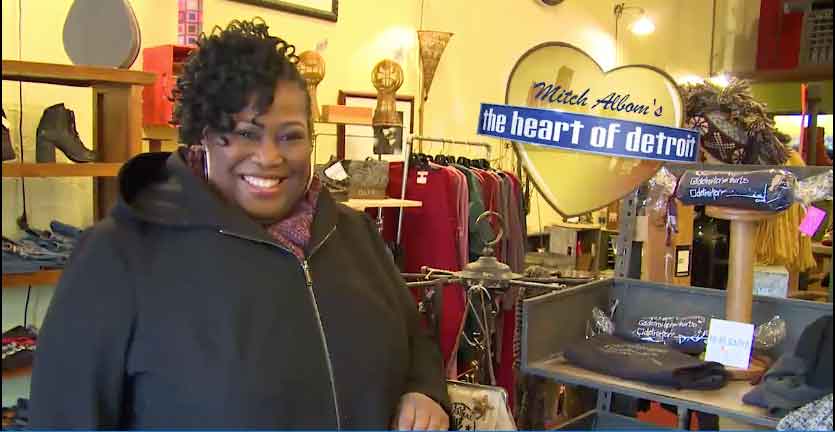 Spreading positive energy in Detroit and abroad, Terri Smith is doing her Little Bit right here in the heart of Detroit.

Positive thoughts, inspiring messages – if you have seen these little cards around town then chances are – Terri Smith left them behind.

Terri: I thought about The Little Bit Project for a long time before I actually started it. So I just started thinking what can I do to just lift people up a little bit just its hard to walk up to somebody and start talking to a stranger but you can leave something behind that they’ll find that will change their whole mood so that’s how The Little Bit cards got started. I think the first thing that I did was give them to other people so they could start spreading them around.

Terri started the project in hopes of raising the spirits of fellow Detroiters when times were tough. Her Little Bit cards, armed with 12 inspirational expressions are now popping up all over the world.

Mitch: How far has this program gone?

Mitch: (laughing) Because if you left them there they would be under snow

Terri: But we can work that out (laughing)

No matter the country or the language Terri’s message is still coming through loud and clear.

Mitch: And have you found that Detroit in the three years or so since you started this has also taken a more positive turn?

Terri: I think it has taken a positive turn. There are areas of the city that are thriving and I just want to see it keep going. A little bit goes a long way. Because if we all do a little bit trying to make this world a better place our collective little bits make such a big impact so little cards little smiles little kind words when you start adding them up the impact is enormous.

Spreading positive energy in Detroit and abroad, Terri Smith is doing her Little Bit right here in the heart of Detroit.