Funding Recovery in the Heart of Detroit 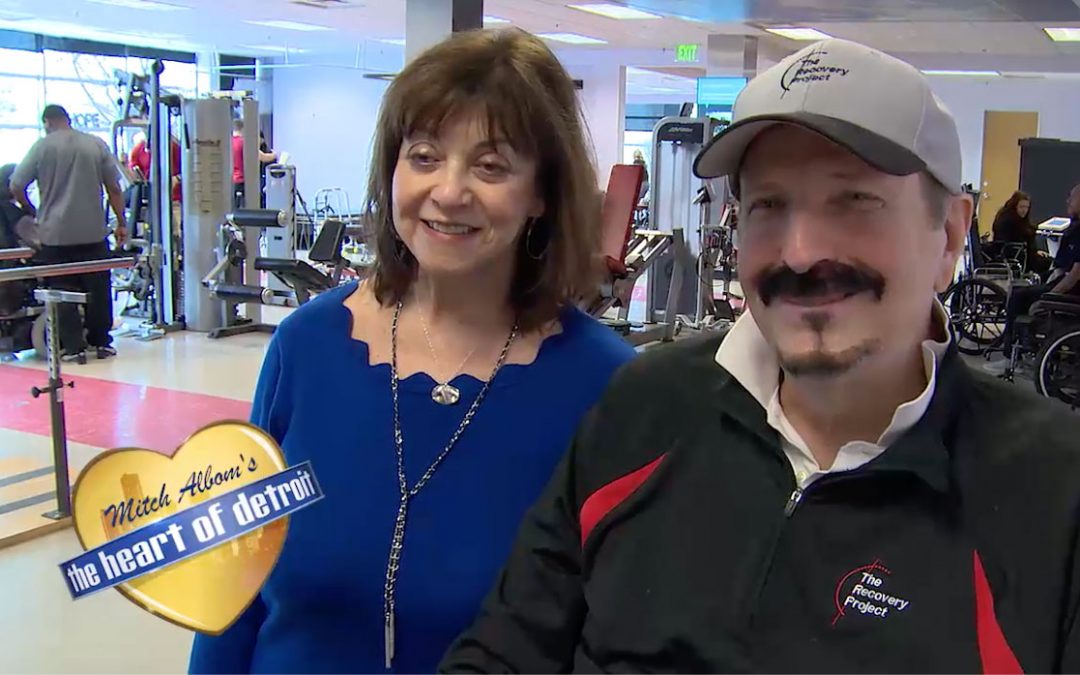 Twenty-one years ago Charlie and Mary Parkhill were a carefree couple on vacation in Mexico.

Charlie Parkhill: I was taking a swim in the morning and a wave came up behind me picked me up dropped me on my head and that’s what compressed my spinal cord. I was totally paralyzed from the shoulders down.

Charlie was medevac’d back to the States and underwent several surgeries. The doctor’s were not optimistic about his recovery and delivered a grim prognosis to his wife Mary.

Mary Parkhill: When I finally got to see him the next day he just looked at me and he said I’m going to get better.

Charlie began intensive therapy and with time managed to walk more than 100 feet, unassisted. He was defying the odds but when he heard another patient’s treatment was ending due to insurance cuts he knew he had to do something.

Charlie Parkhill: This family was devastated and I went home to Mary and I said this could be our cause if we could find a way where people wouldn’t have to hear that.

So began the Mary and Charles A. Parkhill Foundation, which grants money to people with catastrophic injuries for continued therapy when other funding has lapsed. So far they’ve raised close to 600 thousand dollars.

Charlie: We give it all away. Over 80 grants so far in the 12 years we have been doing this.

Mitch: Whose lives have been affected by your generosity.

Mary: I wish we didn’t have to have this foundation because you don’t know what its like until you’re in that world so if we can if we can help someone it’s the best.

Charlie and Mary Parkill are turning a tragedy into hope for others with catastrophic injuries here in the heart of Detroit.

Better Together Turns Anonymity Into Respect

The Heart of Detroit is a groundbreaking public service initiative that shares inspiring stories of metro Detroiters with heart and everyday people who step up to help make our community a better place to live.
learn more