Restocking and Restoring Help and Hearts at Cass Community 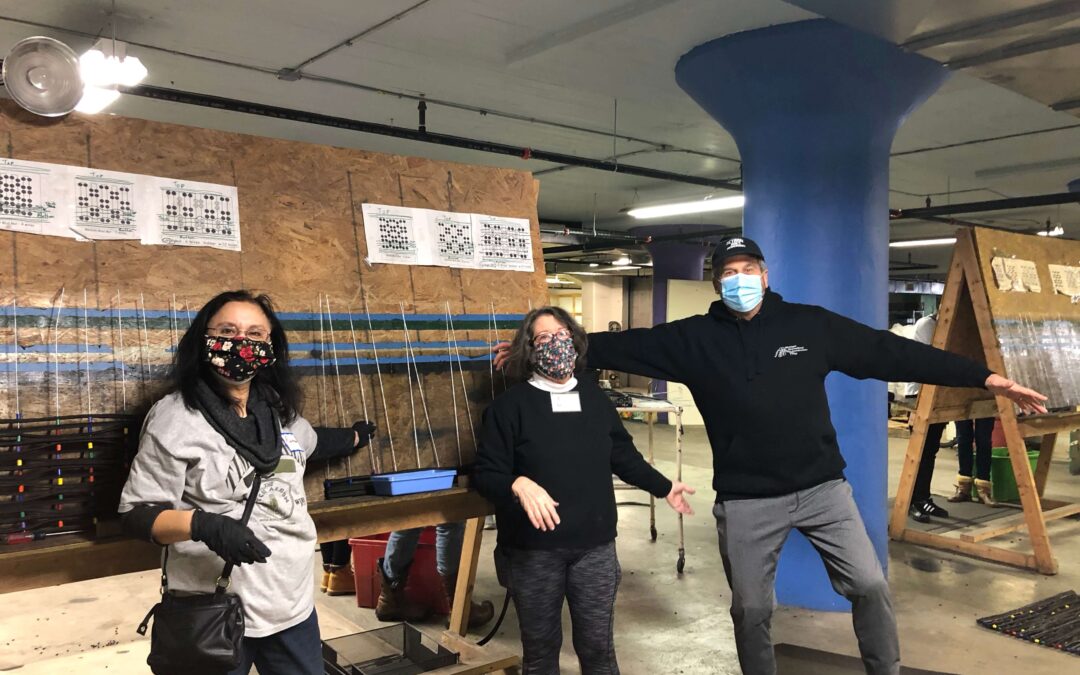 Let’s just say the project was more difficult than it looked.

It had been quite a few years since volunteers from A Time to Help were hard at work making mud mats for Cass Community Social Services. But when ATTH learned that their partner nonprofit was low on inventory and needed to start restocking its charity store, our volunteers were quick to jump on the opportunity.

And so for three hours Saturday morning (Feb. 20) on the third floor of Cass Community’s World Building, volunteers threaded strips of recycled tires onto a form, carefully placing the right beads into the right places. Cass Community’s project leader, Brandon, oversaw the group, which was visited during the activity by SAY Detroit founder Mitch Albom and Rosey Rosenthal, SAY Detroit’s chief operating officer.

Most volunteers were able to complete at least one or two mats during the allotted time. Others, well, they weren’t so fortunate (don’t worry Ruma and Chris J., we weren’t keeping score!).

SAY Detroit is grateful that every single volunteer — 15 of 15 — made it to the project safely that morning, especially since the conditions were icy and treacherous for some on the drive in.

“We got in the car and just got going,” said Jackie Steinman, who traveled in from Monroe — a drive that took 1 hour, 10 minutes. “Volunteering, it gives you happiness and fulfillment knowing that you’re able to help somebody. We’ll probably sign up for the next one.”

ATTH’s next project is scheduled for March 27 at Focus: Hope. More information and registration, which is open, can be found here.