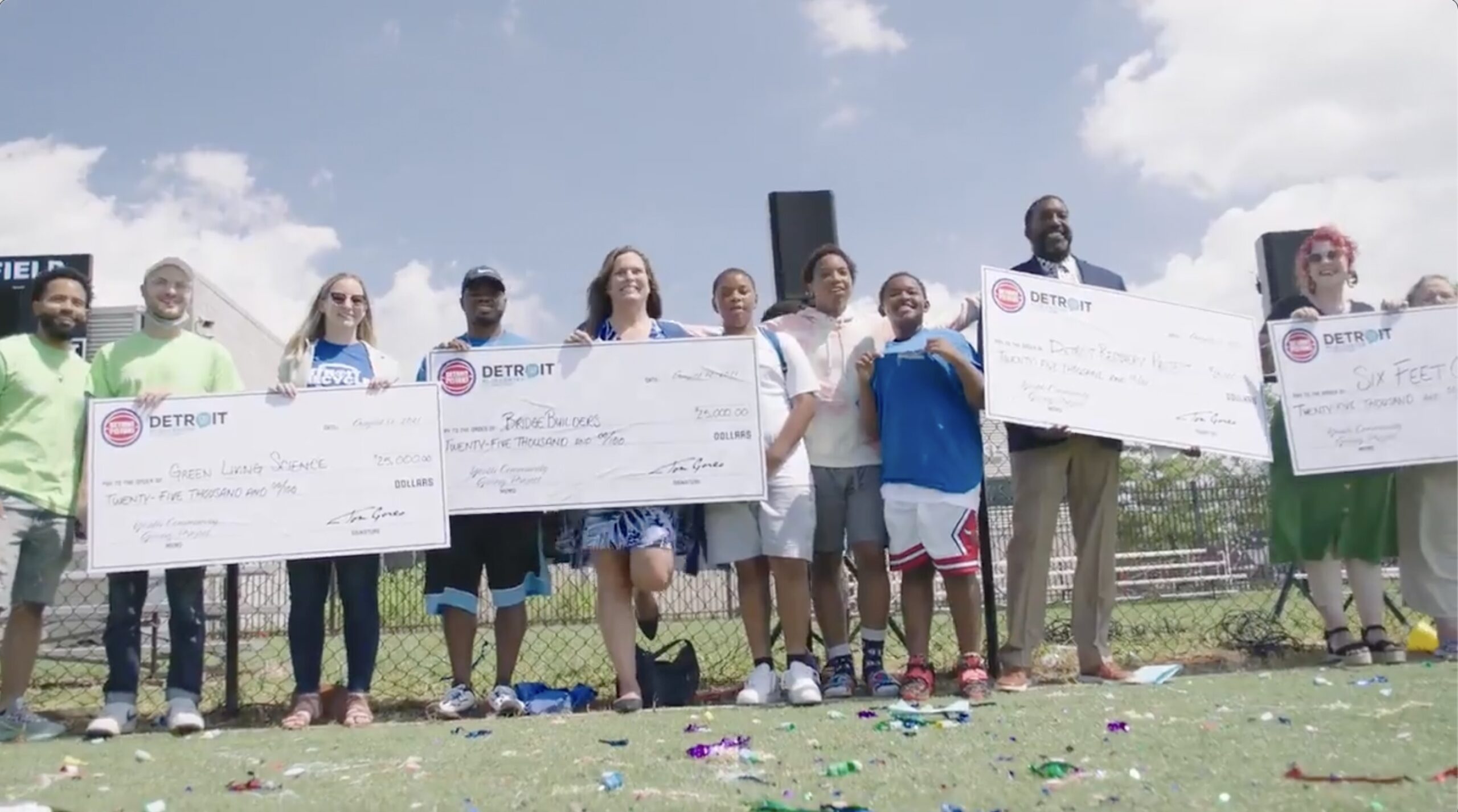 DETROIT – August 13, 2021 – SAY Detroit today announced four grant recipients from the Tom Gores Youth Community Giving Project, an initiative created by the founder and CEO of Platinum Equity and owner of the Detroit Pistons to teach kids about philanthropy and the power of giving. The four non-profits receiving funds are Green Living Science, Bridge Builders Counseling and Mentoring, Six Feet Over, and Detroit Recovery Project. Each organization will receive $25,000.

Approximately 75 youths aged 11-16 participated in a six-week summer program at the SAY Detroit Play Center that consisted of weekly workshops led by SAY Detroit staff and local leaders from the Detroit philanthropic community. Curriculum covered a broad range of topics, including how to identify and prioritize relevant causes; how set goals, assess and evaluate charitable organizations; and ultimately where to allocate funds.

“It is so empowering for young people to learn to use their voice and see how it feels to make an impact in someone else’s life,” said Gores. “There is so much to do in our community and these kids at SAY Detroit are so smart. I’m proud of the way they came together to collaborate, get into the details and make informed decisions.”

Gores conceived the idea last December in connection with a $350,000 pledge he made to SAY Detroit as part of the non-profit’s annual radiothon. A unique element of the donation was that $100,000 be set aside for the students to allocate to other local charitable organizations however they saw fit. The remaining $250,000 of Gores’ donation went toward the SAY Detroit organization itself.

“We can provide a lot of things for our kids to do, activities, distractions, education, food, but we can’t provide $100,000 for them to give away to other charities,” said Mitch Albom, founder of SAY Detroit. “I’ve been working in charity for well over 20 years and I’ve never been in a situation where kids can control the philanthropic efforts of a philanthropic effort. So, this is definitely different and one of a kind.”

During a celebration on Thursday at the center the children who participated in the program announced they will allocate $100,000 of funding from the Tom Gores Family Foundation to the four local non-profits.

Each of the four grantees have displayed a commitment to their communities across the Detroit-area:

“It’s a very beneficial exercise to allow kids who are mostly in need to suddenly be in the position to help other people in need,” added Albom. “And it’s going to make a huge difference, not just this year, but in the mentality and the memory banks of these kids as they go forward.”

Gores and the Pistons organization have partnered with SAY Detroit for several years, starting in 2016 with a $600,000 commitment to renovate the gymnasium and basketball court at the SAY Detroit Play Center. In the years since, Gores has also been a frequent contributor to the SAY Detroit radiothon.