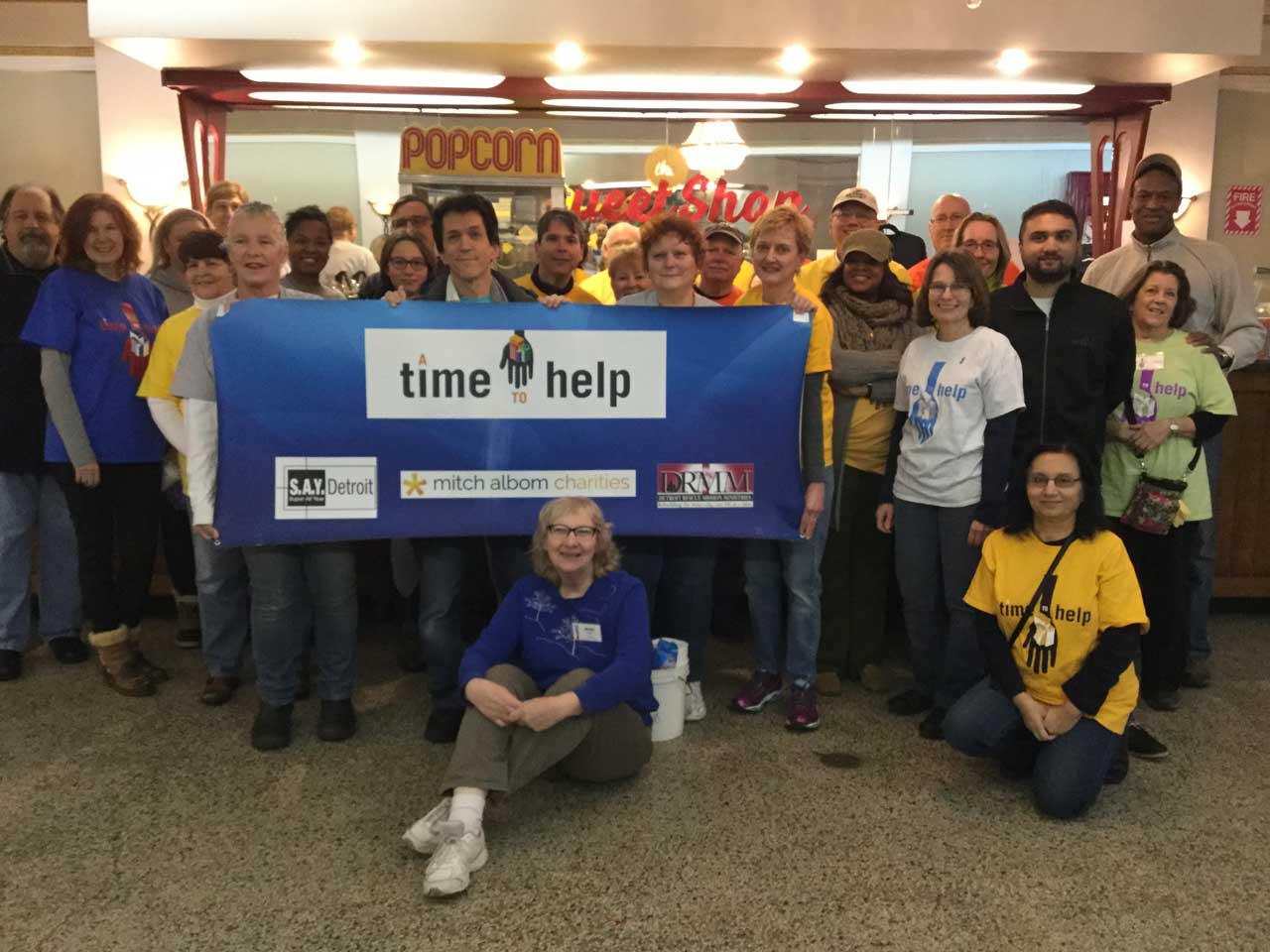 Saturday’s A Time to Help project at the Senate Theater in Detroit featured a little bit of everything: Cleaning, organ playing, and water spewing from a burst pipe.

More on that in a minute, but suffice it to say, our volunteers put forth a top-notch effort making the grand old movie house a whole lot spiffier. We spruced up the lobbies, wiped down every single seat in the theater, along with scrubbing two bathrooms, the stage and the auditorium floor.

Jim Murdock of Troy, who has volunteered with ATTH for the past 10 years, said “making a difference’’ in the lives of others is the main reason why he drove down to southwest Detroit on Saturday to join the group.

“I just got tired of writing a check; I didn’t know where my money was going,” he said. “I decided that I’d rather do something with my back than with my wallet.”

The project also featured SAY Detroit founder Mitch Albom taking a break from cleaning to try his hand playing the theater’s Mighty Wurlitzer pipe organ, which used to be housed at the Fisher Theater until it was moved to the Senate in the early 1960s.

The project, however, was halted about 45 minutes early when a frozen pipe burst under the sinks in the women’s restroom. Fortunately, a shut-off valve was located and a plumber was able to repair the pipe in the afternoon.

In an email to SAY Detroit, Brown wrote in part: “Well, I know A Time to Help has saved many lives and families through its efforts, but today we literally saved a historic theater and its irreplaceable contents. Had we not been in there, (as) no one else had planned to, the burst pipe would have continued to leak until the wet plaster ceiling collapsed. So ATTH saved more than they know.”

ATTH’s next event is set for March 16 at Motown Soup. Registration will begin in mid-February. Follow us on Facebook for those details.