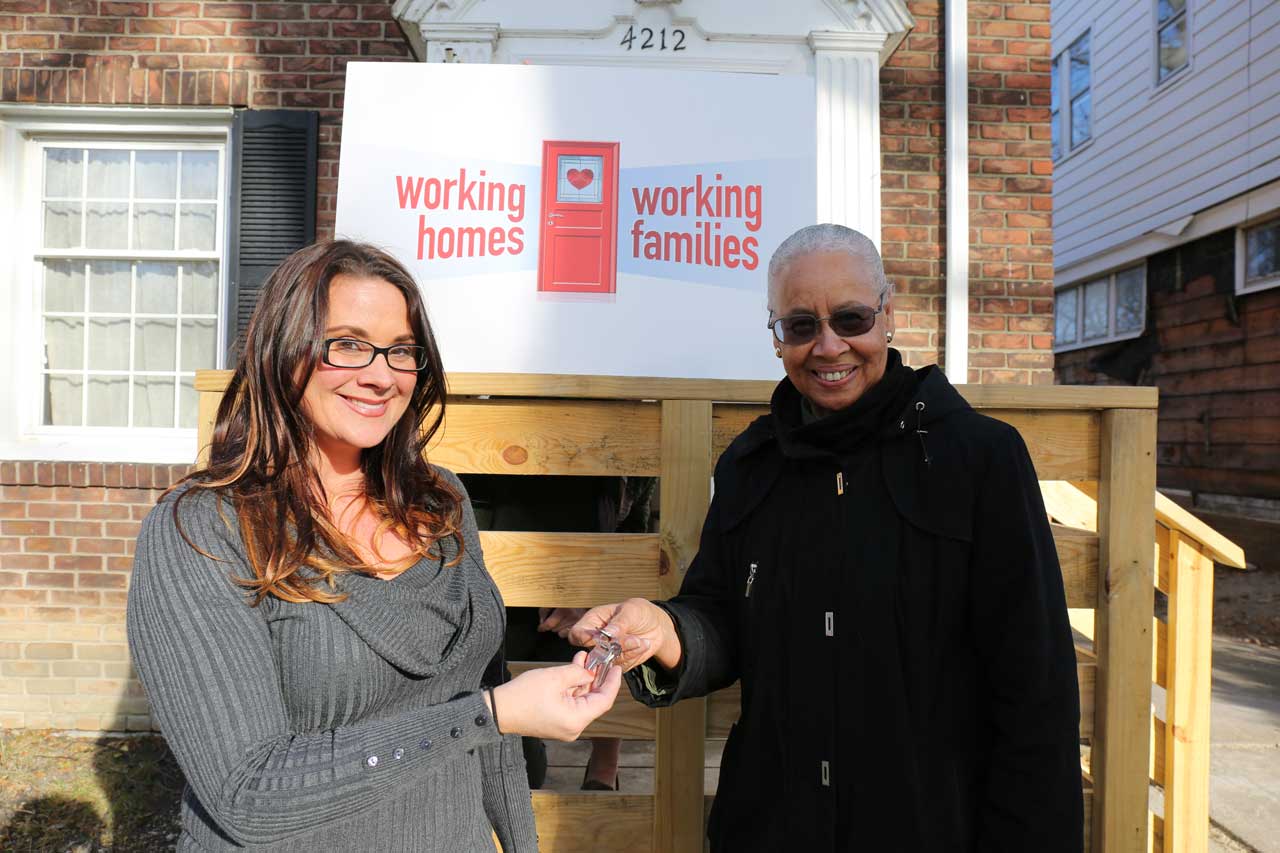 Twenty-minutes later, in a similar ceremony in front of another refurbished home on the same block, Tabitha Mendez’s emotions were equally as visible Friday afternoon.

“I’m very humbled by this entire experience,” said Mendez, 42, a single working mother who had been living with friends as she recovered from a heart ailment. “I’m most grateful to Mitch Albom and the Detroit Rescue Mission – and all of the individuals and corporations involved who donated materials and their gift of design.”

Today’s event marked the second and third houses awarded on Courville Street this year from Working Homes/Working Families. Three more families are due to be given homes on the street by the end of the year.

Albom’s effort to rebuild six homes in the east side neighborhood — praised by Mayor Mike Duggan at a front-yard media gathering in June — was strengthened when S.A.Y. Detroit and the Detroit Rescue Mission Ministries teamed up with the Cooper Standard Foundation and Dow Eastomers. It marked the first time that Working Homes/Working Families has partnered with other entities to rebuild homes.

City Flooring refurbished the hardwood floors in the houses.

Before smiling for the cameras alongside her two young children and mother, Browder, 34, said she can’t wait to cook Thanksgiving dinner to celebrate being a first-time homeowner. Browder, who works as a monitor/resident specialist at DRMM, had been living on the floor of her sister’s home with her family for the past year.

“Today is an amazing day for my family,” Browder said. “I’m speechless.”

Since October 2011, more than two dozen families have received a fully refurbished Detroit house through Working Homes/Working Families. As long as they maintain the home and pay the utilities and property taxes for two years, the title will become theirs.