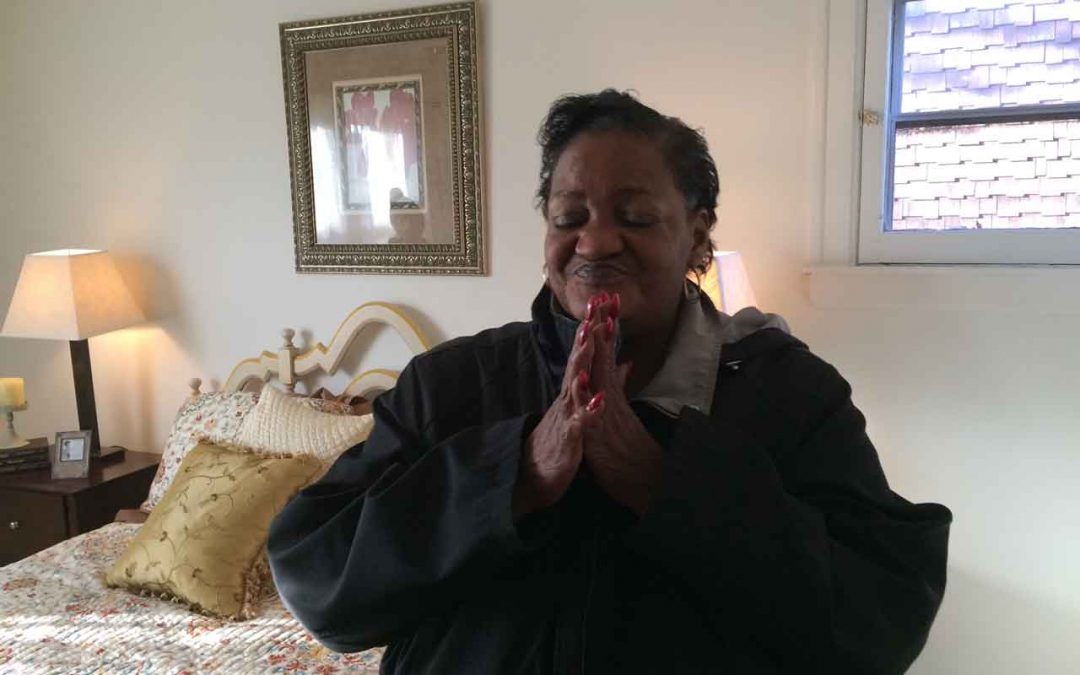 It was a busy week for Working Homes / Working Families as two homes were given away to working women and their families, in need of housing.

Debbie Clay, her daughter, and granddaughter were living in a homeless shelter for 8 months after going through hard times. Debra works several jobs to make ends meet. The home was refurbished by Working Homes/Working Families, the family chosen through Detroit Rescue Mission Ministries, and the home furnished and decorated by Humble Design, all nonprofit partners of S.A.Y. Detroit.

A struggling single mother who’d lost her eldest son to a hit-and-run accident hoped to rent a house had saved $1,500 from her job as a hotel housekeeper and gave it to the man who said he was the landlord.

She never saw him again.

“He took my deposit, gave me the keys, and when I went to the house, all of the locks were changed,” said the woman, Ieisha Stevens, 34. “It turns out he’d done this to other people, too.”

Without money, Ieisha and her baby son, Major, bounced from one family member to another. Finally they landed at Genesis House II, a transitional housing facility run by the The Detroit Rescue Mission Ministries.