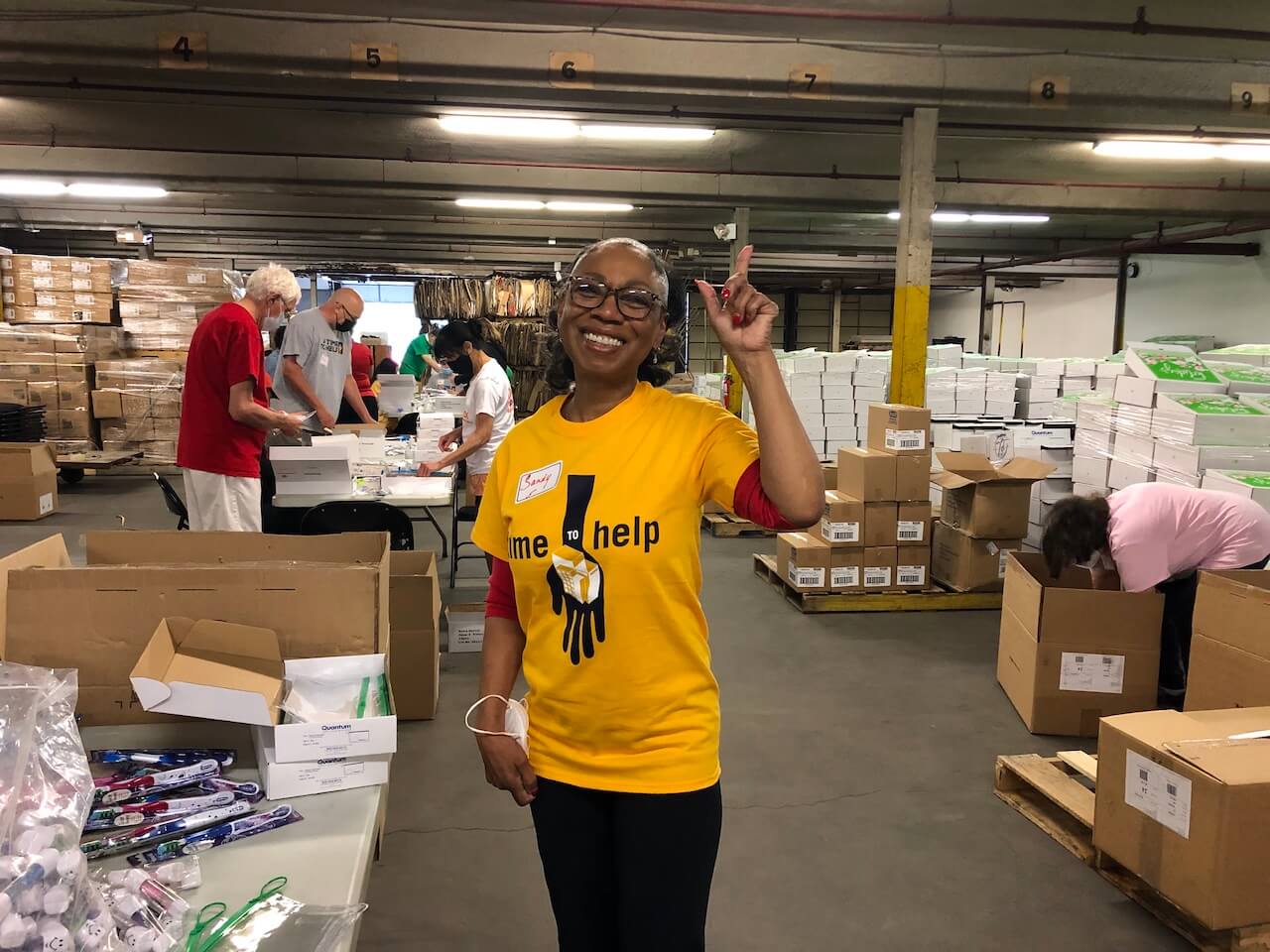 Boy, that was fast!

Working in teams, nearly 20 A Time to Help volunteers packaged 2,600 dental kits in just over two hours on Saturday, May 14th at Detroit Goodfellows. The kits will be included in gift boxes that will be distributed to children during the holiday season in Detroit, Highland Park and surrounding communities.

The project began with Ken Brown thanking the group for their volunteerism and service. Brown, a longtime ATTH volunteer, is radio show co-host of The Mitch Albom Show (WJR 760 AM) with Albom, who created ATTH is the late 1990s and founded SAY Detroit.

For first-time ATTH volunteer Sandy King, the project was highly personal. When she was growing up with her three siblings, King said her parents depended on the generosity of the Goodfellows at Christmas. She recalled one special day when she was 8.

“When we woke up in the morning, there was a box under the tree,’’ she said. “It was 60 years ago, and I still remember it; my heart was so happy. The doll in that box was so important to me.’’

“Your group doesn’t need a lot of accolades – you just come and do the work,’’ Schneider said.

ATTH’s next project is scheduled for June 11 at Focus: HOPE. Registration is open through CERVIS now.