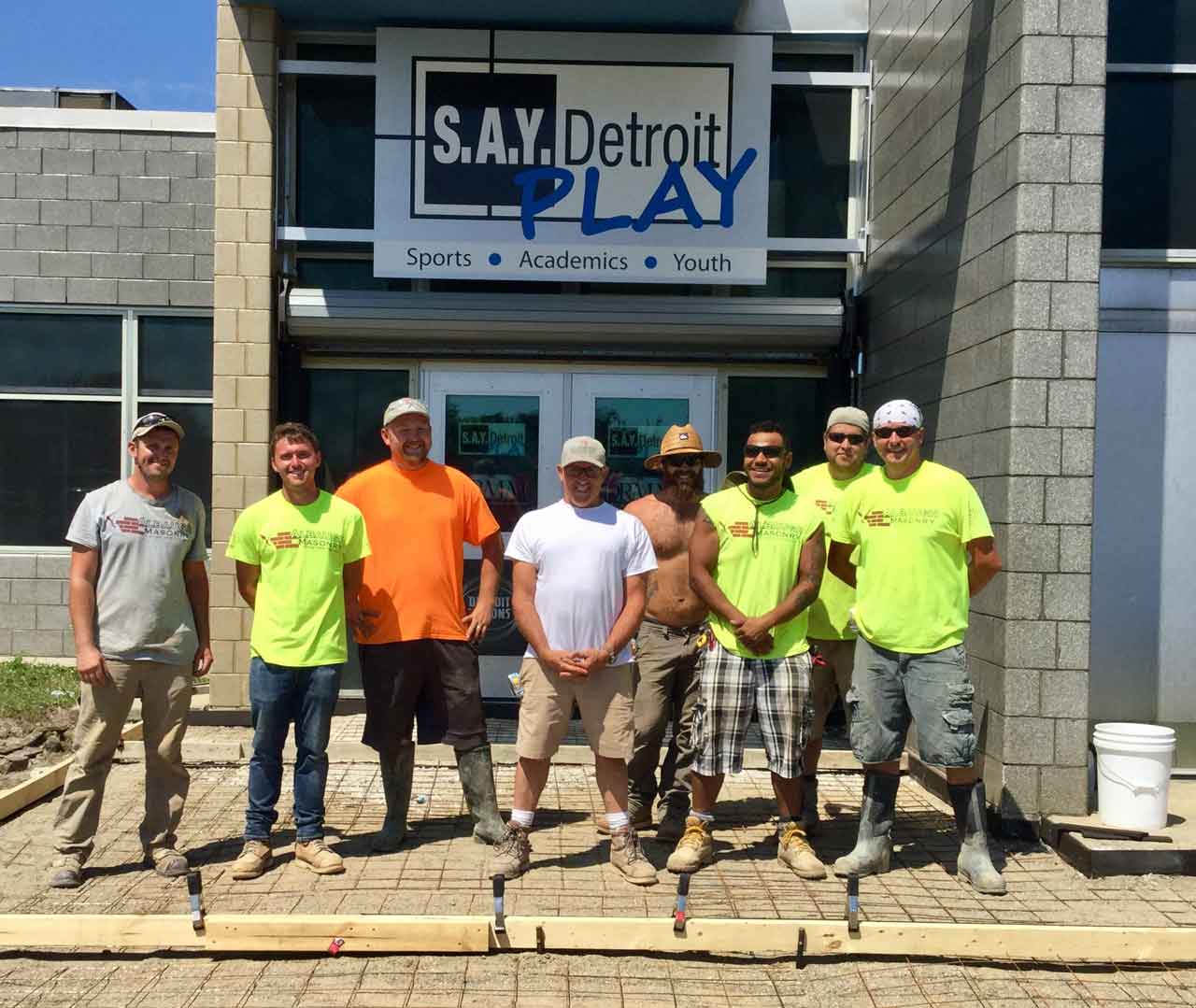 DETROIT — The job wasn’t easy. But then, they rarely are when the work involves laboring outside each day, with temperatures soaring into the 90s – and with no relief in sight.

But Scott Albaugh and his crew from Albaugh Masonry was fulfilling a commitment that he made last year, when he raised his hand to join the Detroit Muscle Crew II and donate his time when he can for a physical project to benefit SAY Detroit.

This time, the project involved replacing the deteriorating front entrance at the SAY Play Center at Lipke Park, an after-school academic enrichment facility for children age 8 to 18, before summer session begins next week.

Albaugh and his brother Greg and son Sam began the work last weekend when they embraced the arduous task of busting up cement that was eight-inches deep.

The work continued with a five-member team on Monday; today (Tuesday) Albaugh was joined by seven others for the concrete pour. The job is scheduled to be completed Wednesday, when the pavers are put in place and the cement is saw cut. The crew also repaired an area in the parking lot.

Albaugh was part of the original Detroit Muscle Crew, a group of skilled tradespeople who volunteered to help rebuild the infrastructure of an orphanage that would become the Have Faith Haiti Mission in Port-au-Prince after the devastating 2010 earthquake.

On Monday, Albaugh received a personal phone call from SAY Detroit founder Mitch Albom thanking him for his service.

Albaugh said he likes helping a charity like SAY Detroit because he can “see” exactly where his donation of labor is going. On Monday, he was given a tour of the SAY Play facility.