Another Year, Another Radiothon Record! 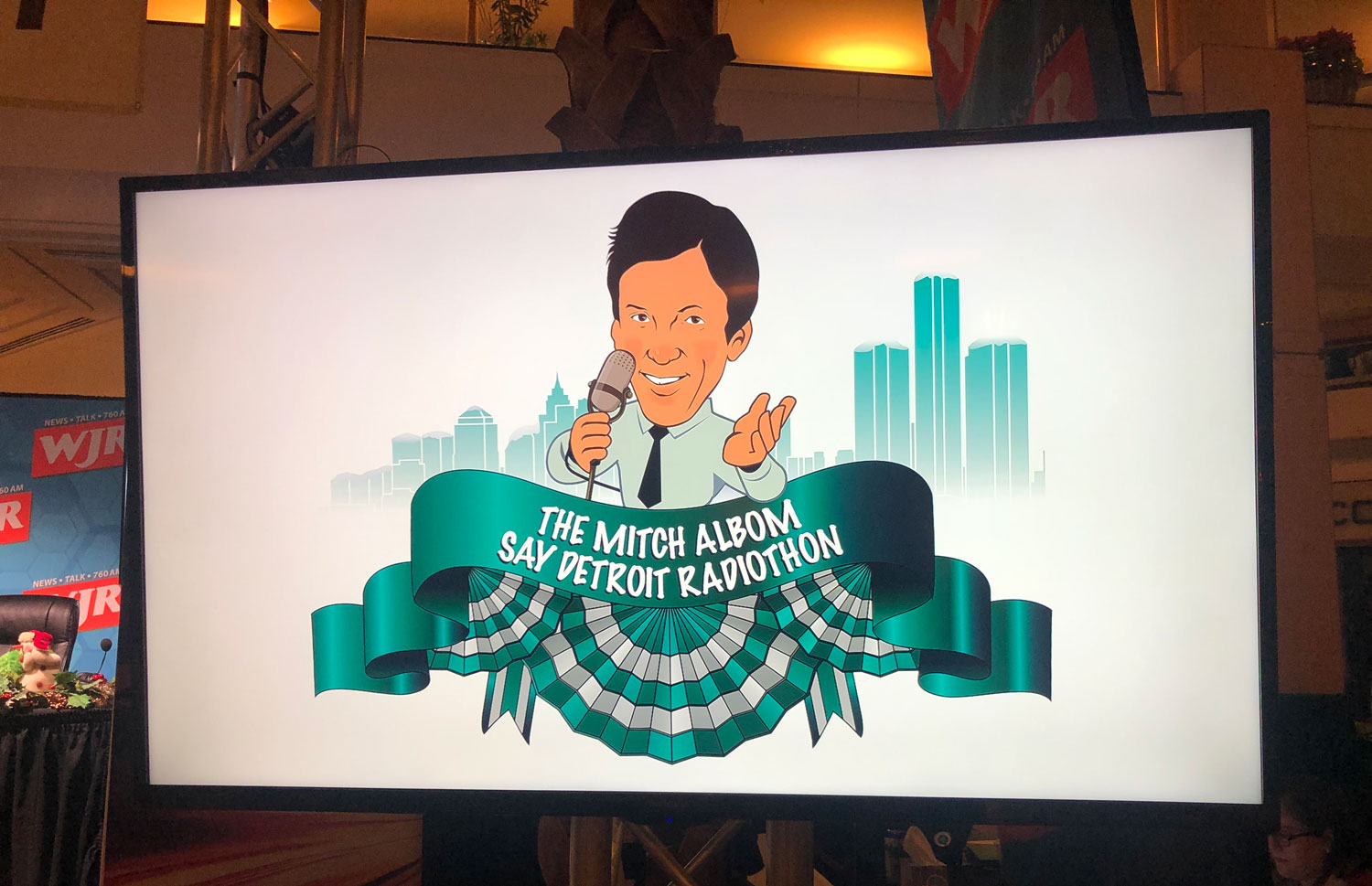 For the fifth year in a row, the SAY Detroit Radiothon broke the $1 million dollar mark in funds raised during a marathon 15-hour broadcast. Held Thursday, December 12 in the North Grand Court at the Somerset Collection in Troy, the radiothon was broadcast live on WJR 760AM and streamed across the web.

While our famous guests help raise awareness of the event, the most resonant moments are always those filled with the voices and stories of the folks helped by SAY Detroit’s umbrella of programs and initiatives, and our partners in the community. Three special segments throughout the day, broadcast on Local 4 News, reveal the story of three families who are presented with a new home (and a gift card from Kroger to stock the pantry) as part of the Working Homes / Working Families initiative.

Michelle & Clive and their 3 children alternated between their car and hotel after losing their apartment in a confluence of maintenance issues and a job loss. In their new home, kids have their own rooms and a yard, and we’re never taking for granted what it means to know a space of one’s own.

La Toya is a a single parent who works full time while attending school part time. She and her two oldest children all attend Wayne County Community College together! Wanting to set an example for her 4 children, she believes by finishing college and obtaining her degree will allow her to change the economic trajectory for her family. She came to us through the Matrix Center, and needed help because 5 family members were stuck without space in a small two bedroom apartment. The security of a home, of a bed, of their space and the access to a better and brighter future is what we honor today, and what we want to keep going.

We raised $1,376,985.00 by 9pm that day, and that’s because of the generosity like donors like you. We are ever grateful, and hope you’ll stay tuned in to SAY Detroit throughout the year to see that generosity put to very good use.