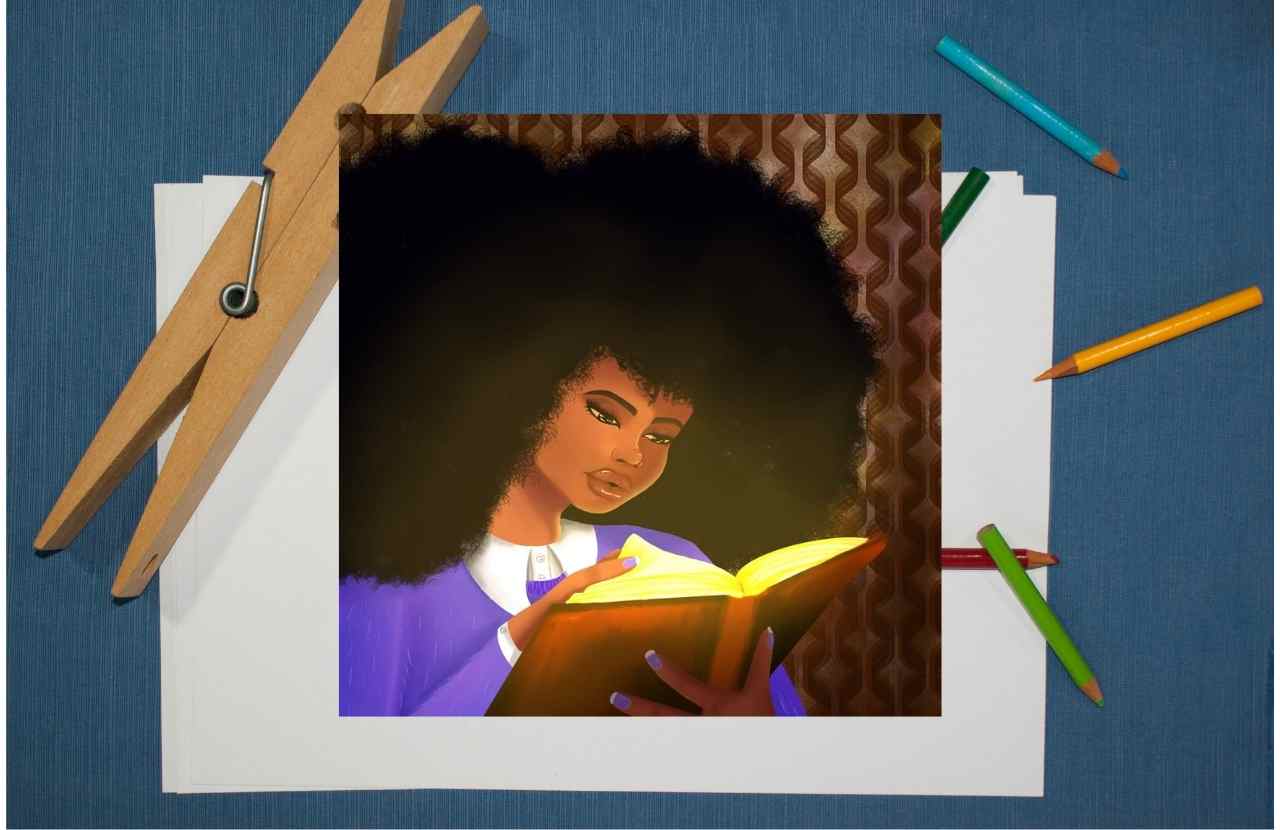 Pier Harris, college freshman and Detroit Dream Scholars recipient, has wanted to attend the College for Creative Studies since she visited the campus during an open house when she was in the tenth grade at Harper Woods High School. Attending the day with her father, she fell in love almost instantly. “It felt like home,” she told us in a recent conversation.

But it almost didn’t happen. First discovering CCS Detroit through her own research after other college visits and in-school college fairs left her wanting for dedicated art programs and school, she applied and was accepted. But Columbia College Chicago, even if it meant an out-of-state school for the Detroit native, was more affordable. Just as she was working on finalizing her housing and finding roommates in the windy city, she received a call from CCS admissions, offering her Dream Scholars funding. The four-year, partial scholarship was “just what I needed,” and just at the right time. She’s now able to commute from home, and become more involved in the art scene in Detroit.

Majoring in animation with a focus on digital art, Pier has enjoyed exploring other art forms in her fall course schedule, including stop motion animation, illustration, and storybook writing. With animation, “you can bring your art to life,” she told us. Her dream job is to start her own animation studio, rivaling Disney, where her characters can have multiple lives whether it’s in movies, shows, books and merchandizing.

She’s been drawing for about 8 years, and came to it by chance. She was sitting in Spanish language class in middle school when a friend took out a blank sheet of paper and drew his favorite anime character. He then asked her to draw hers. And so she tried. She received compliments, particular on her shading technique, and the encouragement sparked a creative drive to try more. Soon, she was creating her own characters.

You can see some of them on display in these two special images shared here, both composed on an iPad. SAY Detroit founder Mitch Albom was so impressed with them after seeing them at a virtual student reception in September that they were printed and now hang as inspiration at the Have Faith Haiti Mission & Orphanage, operated by SAY Detroit’s sister charity, A Hole in the Roof Foundation.

The first is a combination of two older art pieces, showing her skills progress. The second is inspired by her love of reading, which we may not appreciate enough. Reading can open up such a better and amazing world, Pier told us. “It brings light.”

And Pier is certainly bringing light to SAY Detroit. She’s already thinking about her community service requirement, and believes she’d like to offer mentorship in a school program, much like the one she attended that helped her develop the fundamental skills she needed. She may also host “Painting with Pier” parties, helping younger students completely new to the medium learn to paint a full picture in one session.

Since 2011, more than $550,000 has been awarded to CCS students of limited financial resources through the Detroit Dream Scholarship Fund. Help support other talented young Detroiters at the 10th Annual SAY Detroit Radiothon on December 9th at mitchalbomradiothon.com — the site is already open to donations!