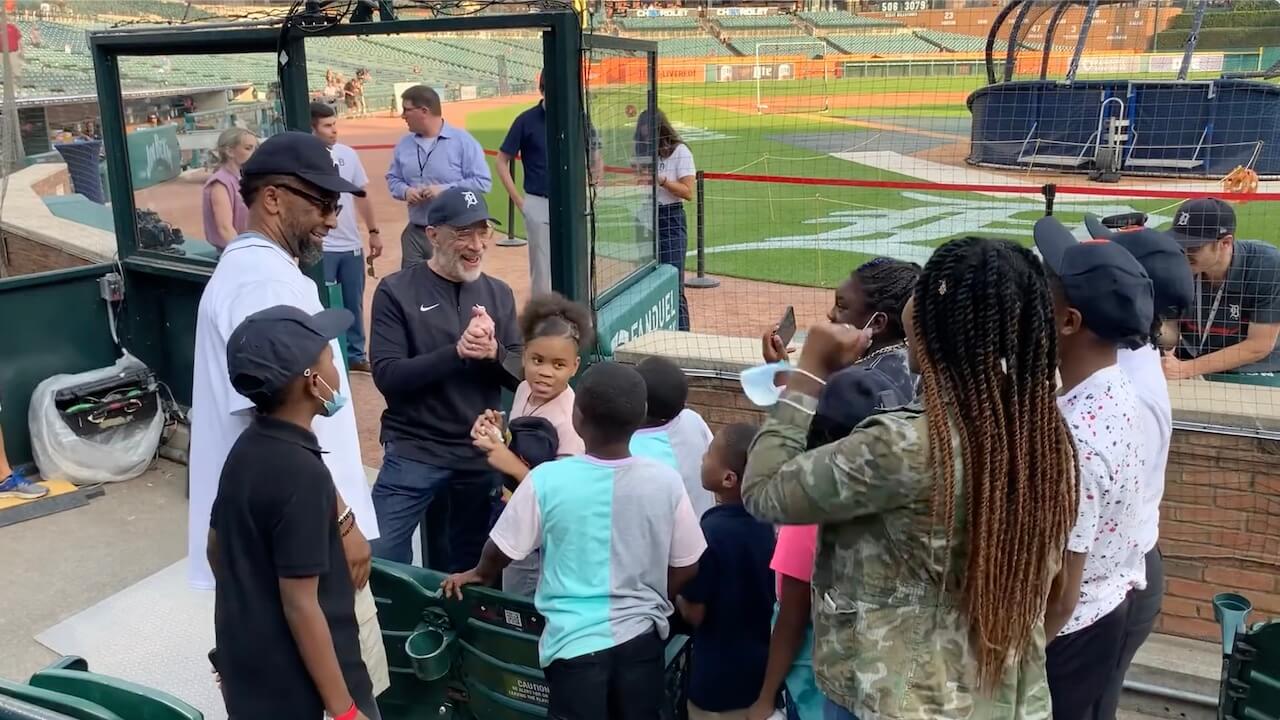 For nearly 50 games this season, award-winning actor J.K. Simmons, and friend to SAY Detroit, has sponsored free tickets and concessions vouches for 20 children and adult chaperones at Comerica Park. For many students from SAY Detroit Play Center, it was their first ever Detroit Tigers game.

For one such child, a summer in Detroit with a family guardian brought more than just a night at the ballpark. Sharrod, 8, is a resident of Flint impacted by the ongoing water crisis, and attended SAY Play’s six-week summer camp. It made for an impactful summer for Sharrod. He learned interpersonal skills like conflict resolution, accountability, and how to advocate for himself, skills he is continuing to use now that he has returned home to Flint for the school year. His mother reported so far he has had less incidents at school and takes ownership when he makes a mistake.

Sharrod was very excited to attend a Tigers game through J.K.’s donation, and even caught a ball with the help of an adult chaperone. This wasn’t just his first Tigers game, but his first-ever professional sporting event and has not stopped bragging to his family the fun he had.

Maia Campbell, community engagement specialist at SAY Detroit Play Center, spearheaded the distribution of tickets with not only those served by SAY Detroit directly but with our community members in shelters, mentoring programs, sports teams and schools.

J.K. Simmons is a frequent supporter of SAY Detroit, lending his presence to many fundraising events, beginning with the 2015 launch event for Mitch Albom’s “The Magic Strings of Frankie Presto,” whose proceeds supported the nonprofit, and continuing with the annual Radiothon.

This year’s Radiothon is scheduled for December 8.