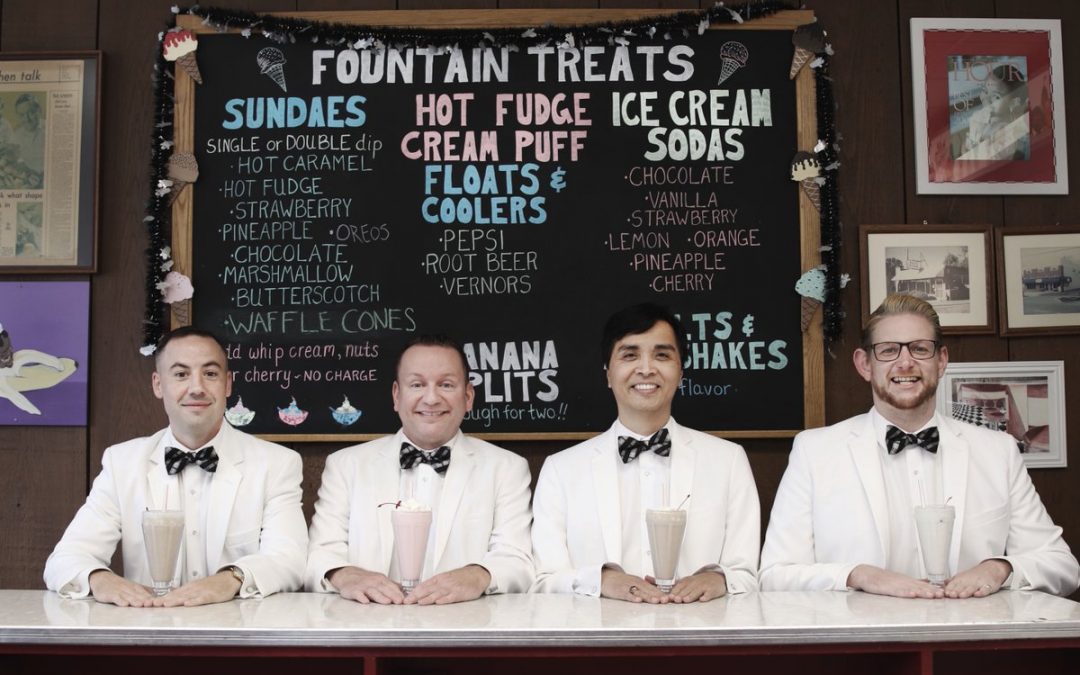 Stagecrafters, a 501 (c)(3) not-for-profit community theatre is partnering with SAY Detroit for its upcoming production of “Forever Plaid” at The Baldwin Theatre (415 South Lafayette) in Royal Oak, MI.

Running January 17 – February 9 with donations collected that will benefit SAY Detroit through Stagecrafters’ new Community Cares Campaign, “Forever Plaid” is an Off-Broadway musical revue written, directed, and choreographed by Stuart Ross and first performed in NYC in 1989. An amateur pop, close-harmony quartet are on the way to their first major gig when they’re broadsided by a bus and killed instantly, but it doesn’t stop them from staging their miraculous musical comeback. Bradley Ellison of Oakland Township, Jose Reyes of Royal Oak, Patrick Wehner of Southfield and Joseph Quednau of Troy star in the production.

“Stagecrafters is thrilled to give their patrons an opportunity to learn more about SAY Detroit at each production of Forever Plaid through Stagecrafters’ new Community Cares campaign,” said Erin McKay, marketing manager for the nonprofit community theater.

The cast joined Albom on his WJR radio show on January 10, performing “Three Coins in the Fountain”.

Tickets may be purchased at stagecrafters.org