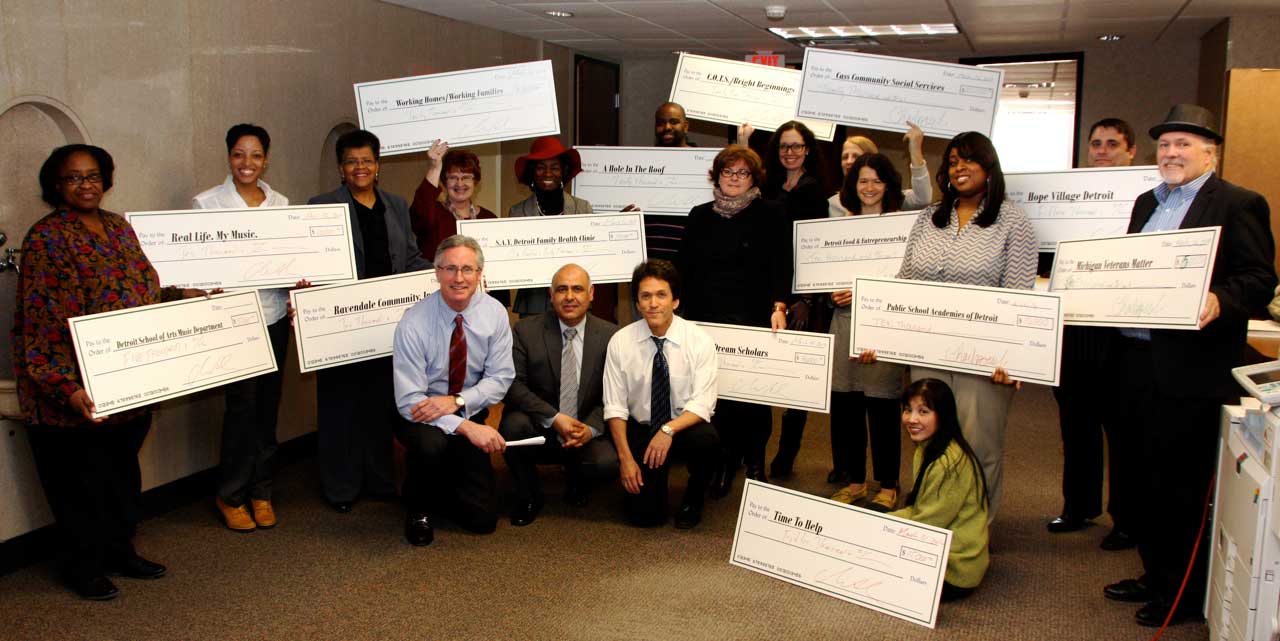 DETROIT, March 26 – More than a dozen Detroit charities were grateful recipients of more than $400,000 in donations distributed from Mitch Albom’s “S.A.Y. (Super All Year) Detroit Radiothon.”  The monies were collected in a single 15-hour broadcast last December at the Somerset Collection in Troy.

Albom handed out 14 oversized checks at a ceremony held at WJR Radio in Detroit’s FisherBuilding Wednesday morning.  With him was Dr. Chad Audi of the Detroit Rescue Mission, which facilitates the “S.A.Y. Detroit” charity founded by Albom in 2006.

Representatives from charities that assist the homeless, working families, veterans, students, single mothers, and underprivileged children were on hand to share how they’ll use the funds.  Below is a list of these groups, how much they received, and how the funds will help them:

At the conclusion of the ceremony, charity reps gathered to discuss how they could work with one another to further strengthen their groups.

This year’s third annual “Mitch Albom S.A.Y. Detroit Radiothon” will be held 6 a.m. until 9 p.m. Thursday, December 4, again at Somerset Collection North in Troy.   More than $400,000 was raised each of the first two years.