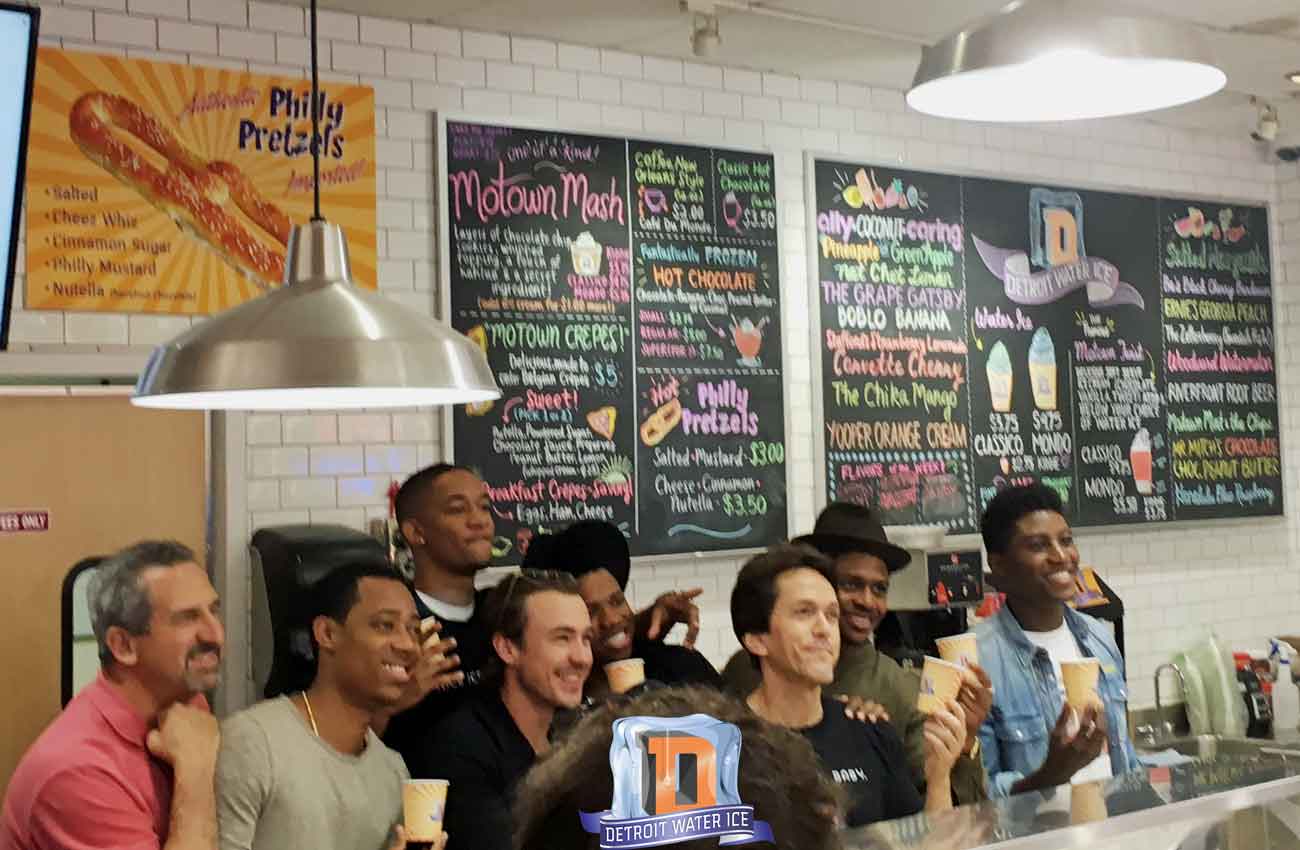 In town for the world premiere of the new movie, DETROIT, actors and starsPeyton ‘Alex’ Smith, Nathan Davis Jr., Joseph David Jones, Ben O’Toole, Tyler James Williams, and Ephraim Sykes made a special appearance at Detroit Water Ice Factory to celebrate Detroit’s 316th birthday. After receiving some fast training from Mitch Albom, the film’s stars scooped free water ice for the first 316 people who stopped by, and gave away a pair of tickets to the film’s premiere that night at the Fox Theatre.

The cast of @DetroitMovie stopped by @DetroitWaterIce to talk with @MitchAlbom & to help the people of #Detroit beat the heat! pic.twitter.com/lLTyjw70bq

While Peyton and Nathan were busy flirting, I was running the show!#DETROITmovie
Who even knows what Tyler’s doing
Thanks @DetroitWaterIce pic.twitter.com/DpCJLBrzVj