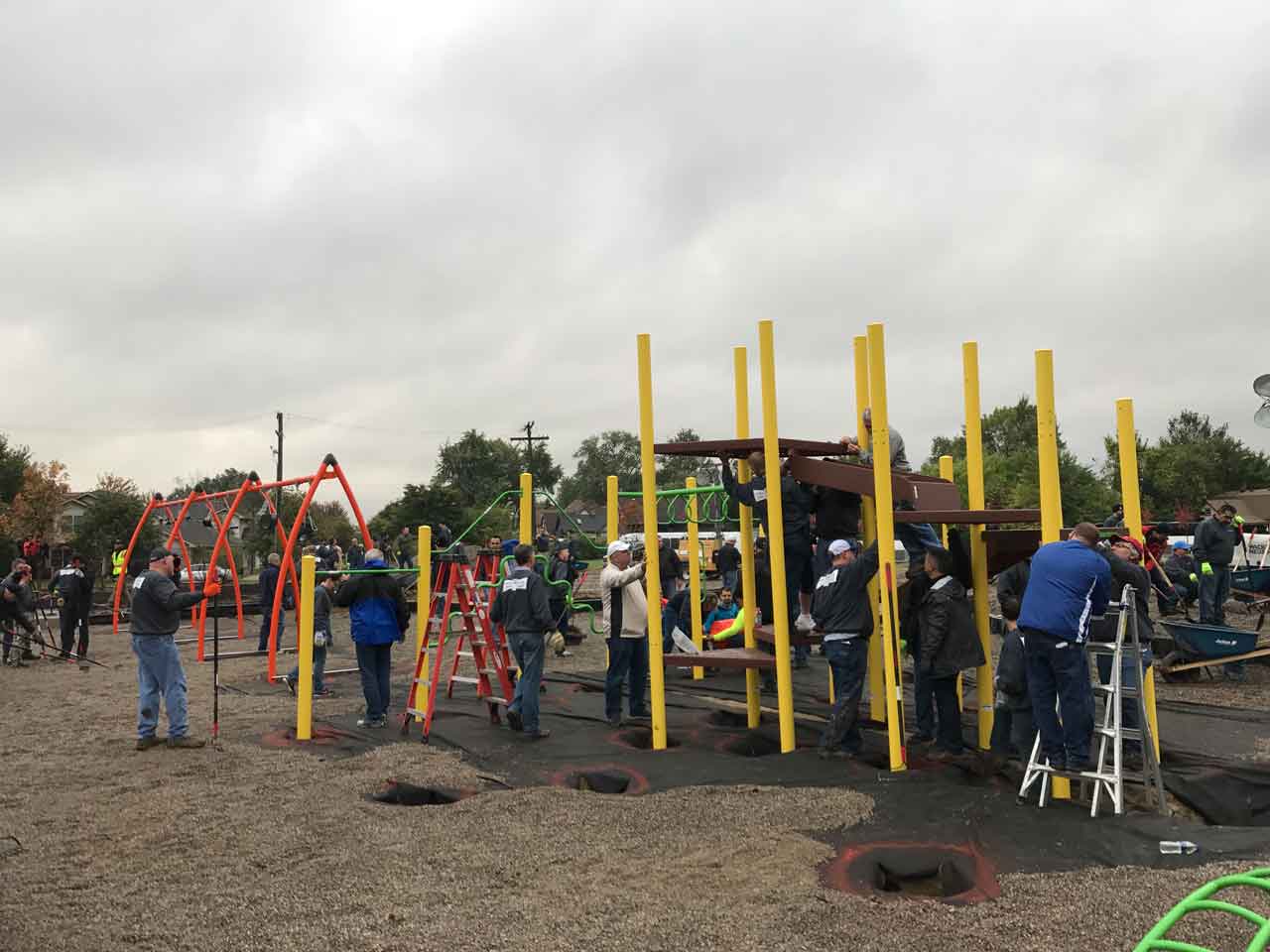 DETROIT, MI — October 11th. In a continuing effort to revitalize city neighborhoods and beautify the community, the City of Detroit teamed with the Cooper Standard Foundation and S.A.Y. Detroit’s Working Homes/Working Families to build a playground at Higgins Park.

Together with S.A.Y. Detroit and the Detroit Rescue Mission Ministries, Cooper Standard has led a transformative effort in the city strengthen to neighborhoods, one block at a time, by refurbishing formerly abandoned houses through S.A.Y. Detroit’s Working Homes/Working Family charity. Over the past two years, the foundation — and the employees of Cooper Standard — have added the construction of new playgrounds to its efforts for families in these communities.