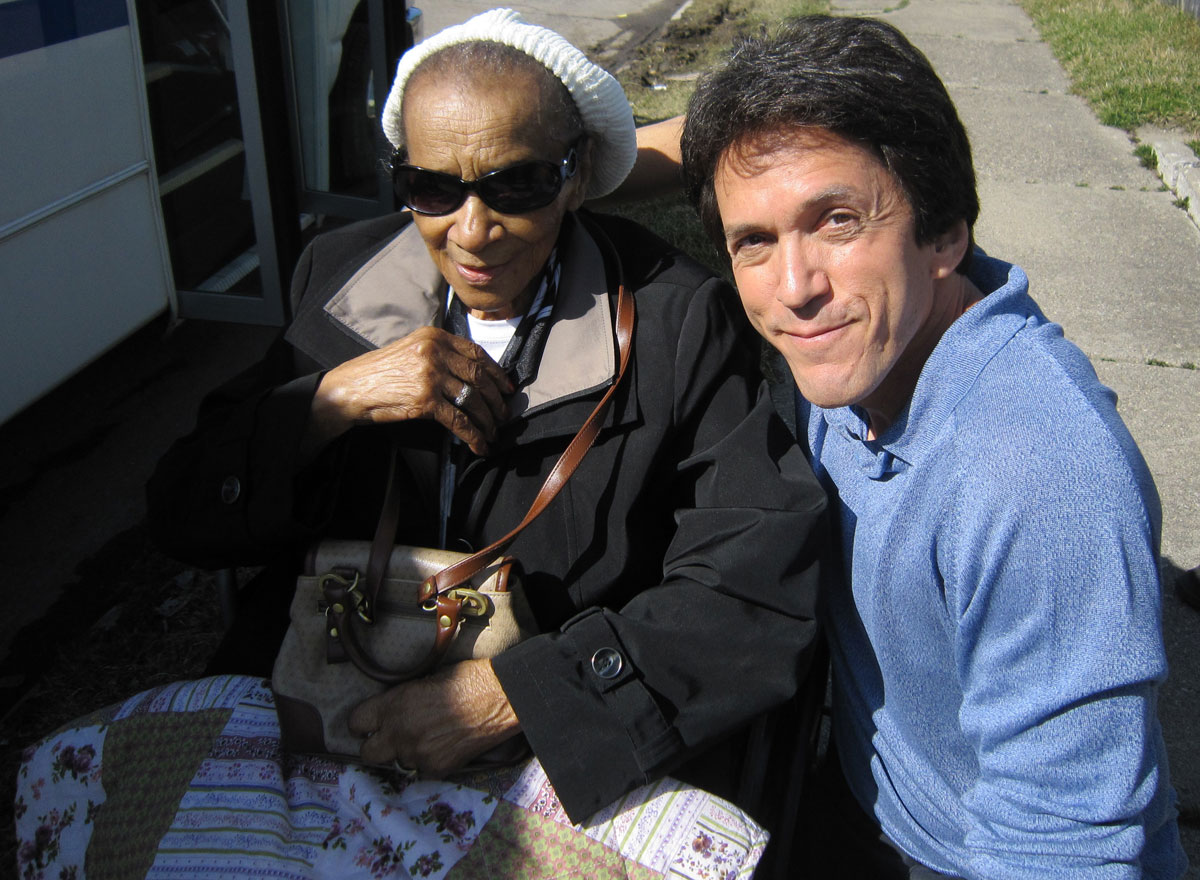 The smell of fresh-baked cookies filled the air this afternoon as Texana Hollis, the 101-year old woman who was evicted last fall, finally returned to her home of sixty years. The house had received a complete makeover after the HUD had deemed the conditions unlivable. Made possible by the efforts of Mitch Albom and SAY Detroit, the improved including a new roof, new carpeting and tile floors, freshly-painted walls, new kitchen cabinets, new appliances, a new heating system, and a newly built wheelchair accessible porch ramp.

It turns out you can go home again.

Mitch wheeled Texana through her refurbished home, noting the painting job complete by Time to Help volunteers in all her favorite colors. Also on the walls were old family photos that had been previouslyplaced in storage. “I am the happiest person on earth,” she cried while she toured her new home. Excited to be able to cook in her own kitchen again, Texana baked sugar cookies for the volunteers and visitors who joined her for this homecoming.

Last September,  the U.S. Department of Housing and Urban Development foreclosed on the home after her son failed to pay property taxes on a reverse mortgage. Two days after her belongings were placed outside, she was told she could return, only to have the decision later reversed because the house was deemed “completely unsuitable for a person to live in.”

Upon hearing Texana’s story, Mitch convinced HUD to sell the house to SAY Detroit after he promised to restore it. He bought for $100, and SAY Detroit spent almost $30,000 on materials and equipment. Volunteers from SAY Detroit, A Time to Help, Tamer Construction, and the Detroit Rescue Mission provided the labor.

The good news keeps coming: Texana will celebrate her 102nd birthday in her own home on May 2.