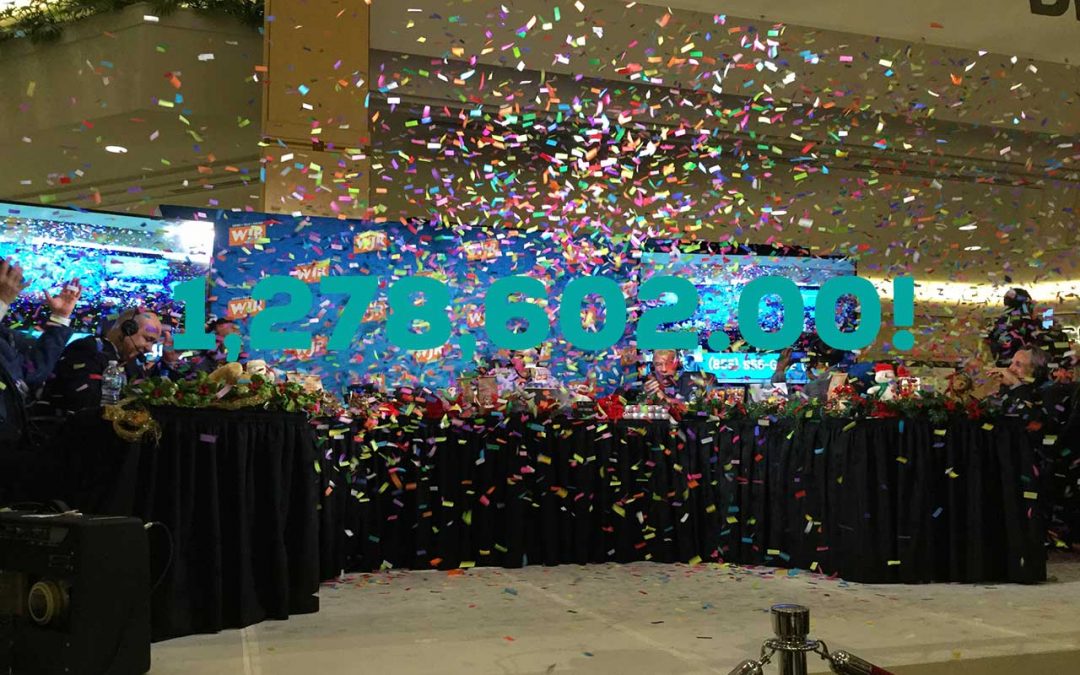 For the fourth year in a row, the SAY Detroit Radiothon broke the $1 million dollar mark in funds raised during a marathon 15-hour broadcast. Held Thursday, December 6 in the North Grand Court at the Somerset Collection in Troy, the radiothon was broadcast live on WJR 760AM and streamed across the web at www.mitchalbomradiothon.com, clickondetroit.com, wjr.com, freep.com and on Facebook. In its seventh year, the Radiothon has raised over $4.5 million, including a record $1,261,000 in donations in 2017.

“The thing that strikes me the most is the continued kindness that surrounds this effort from the people who let us use Somerset, to the volunteers who work the phone banks, to all the celebrities, sports figures and entertainers who agree year after year to come on, to all the people who continue to donate,” said Albom, who founded SAY Detroit in 2006. “As a result, we’ve been able to do some amazing things at SAY Detroit. We took a quantum leap this past year, with a deep and experienced new board of directors with a vision towards cementing the efforts that we do in the city right now and securing their future long term.