Masons into Orbit at SAY Play 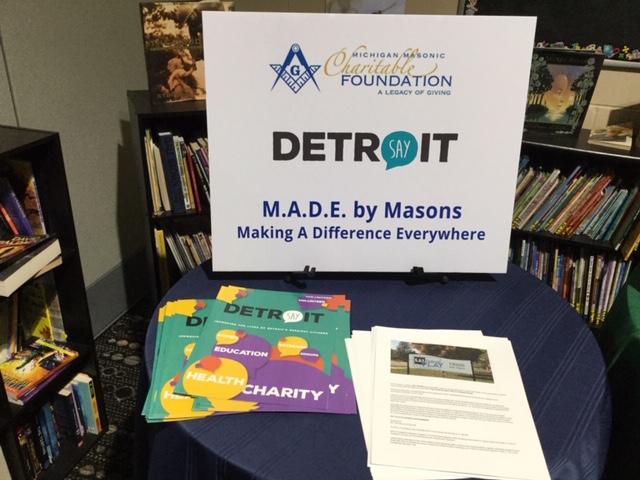 Nearly two dozen Masons from Michigan Masonic lodges across the state, including members of the Michigan Masonic Charitable Foundation, spent part of the afternoon at SAY Detroit’s after-school academic enrichment center on Detroit’s northeast side. They joined the students at a pizza luncheon, with pizza generously provided by Little Caesars, and observed and participated in a robotics demonstration, where our FTC and FLL teams walked the Masons through this year’s robotic challenge: identifying a human, physical or social problem faced during a long duration space exploration, and their solutions, as well as their robotic design and programming.

The day concluded with the Masons’ presenting SAY Detroit with its third installment of 10-year, $5 million pledge for continued support of the nonprofit. SAY Detroit founder Mitch Albom hosted the festivities, and later some Michigan Masons members on his radio show on WJR.