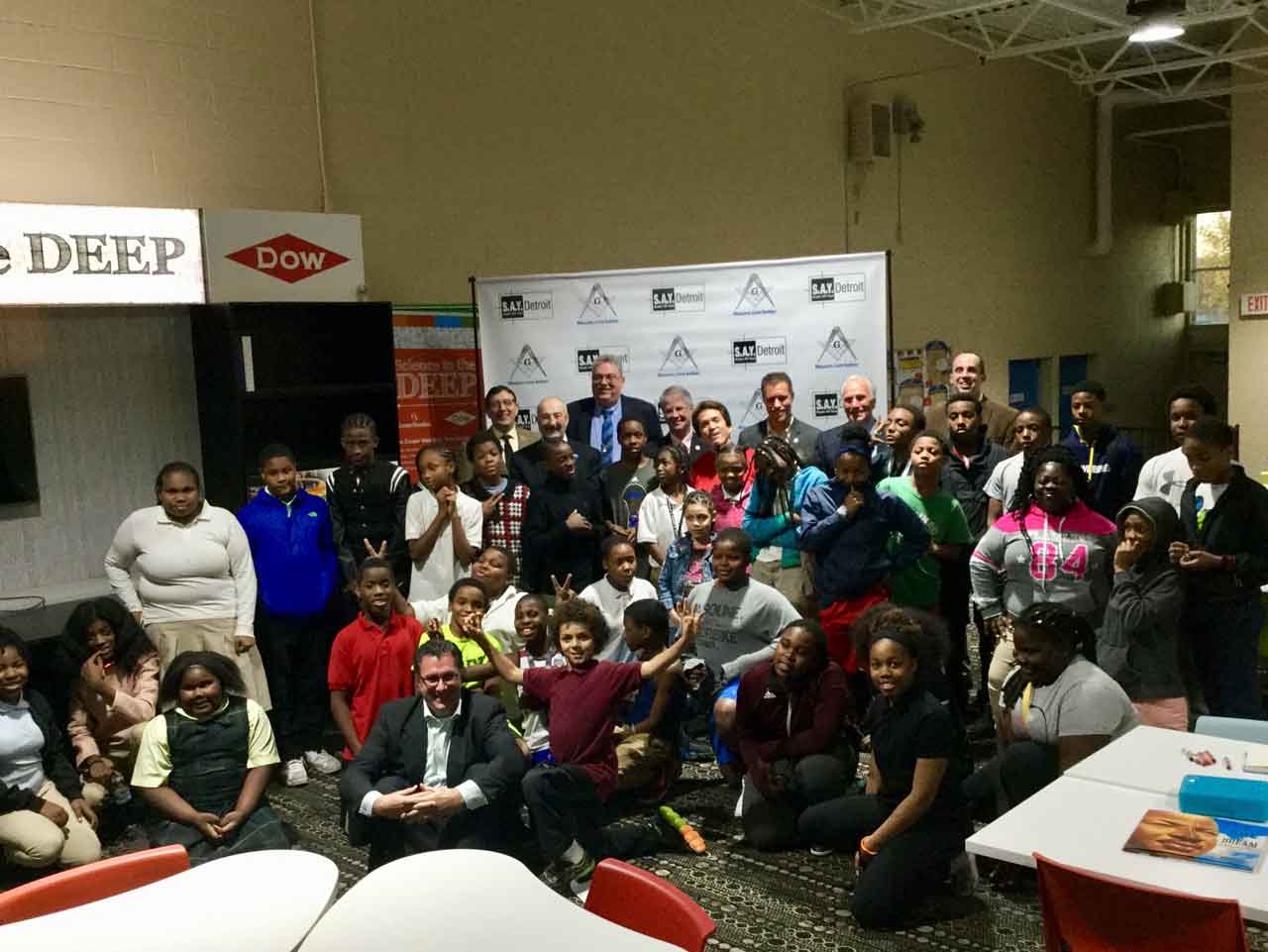 Charity in, charity out.

Proving its commitment is stronger than ever, members of the Michigan Masonic Charitable Foundation presented S.A.Y. Detroit its second installment check of $500,000 on Wednesday (Nov. 8).

The group met many members of the center, including a trio of young women who debuted a song that they helped write called “Let’s Love’’ accompanied by Notes for Notes program director Dustin Slater on the keyboard.

S.A.Y. Detroit founder Mitch Albom and S.A.Y. Play executive director Mike Tenbusch guided the Michigan Masons — who are in the second-year of a long-term partnership with the nonprofit — on a tour of the facility, and updated the group on S.A.Y. Detroit’s progress during the past year. The group was also presented with an autographed Matthew Stafford football.

“It was terrific hearing the students tell their personal stories about what the center means to them,” Woodwyk said.