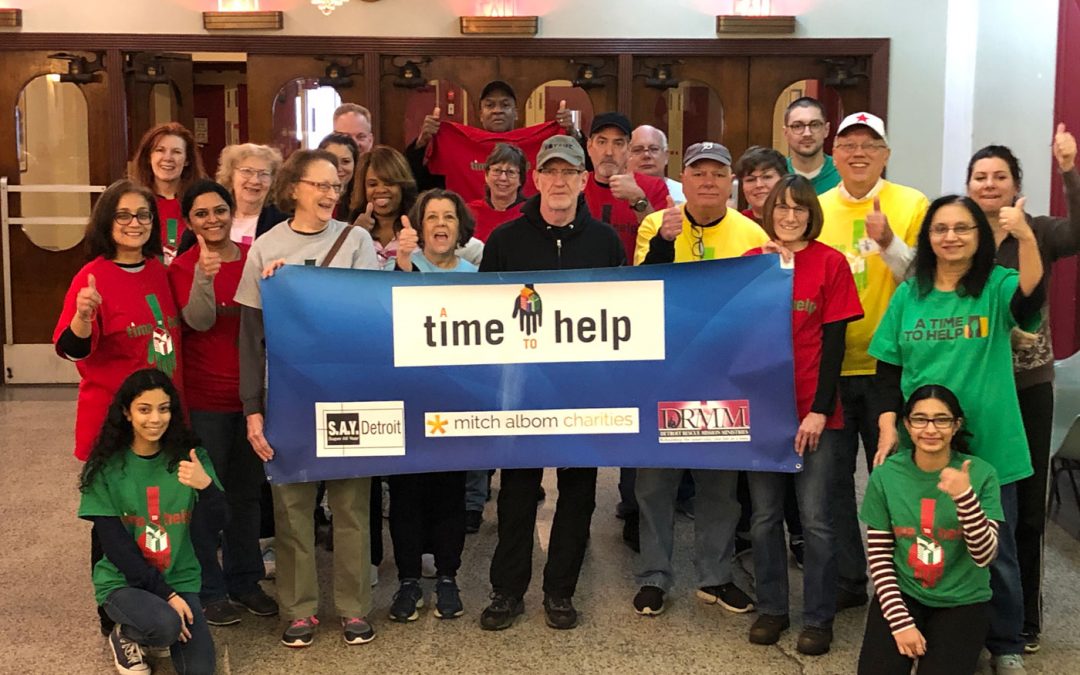 It wasn’t difficult for Kevin Werner to put into words what Saturday’s A Time to Help project at the Senate Theater meant to his organization that has operated the iconic Michigan Avenue landmark since the early 1960s.

“To do as much as your group did today, it would have cost us several thousand dollars, at least,’’ said Werner, who serves as secretary and co-treasurer of the nonprofit Detroit Theater Organ Society. “We paid $200 not too long ago for one person to (clean) the restrooms in the lobby. That’s not easy for us.”

A Time to Help’s all-volunteer group was more than happy to help with an early spring cleaning — a project made even more special because the Senate has been supported for many years by longtime ATTH volunteers Joan Brown and her son Craig.

Although the weather outside caused a number of registrants to cancel because of the slick and snowy road conditions, the project still drew nearly two dozen volunteers by its 9 am start time. For more than two hours, the group tackled Werner’s checklist that included painting an area in front of the stage as well as cleaning the auditorium, bathrooms, concession area and lobby.

Werner treated the group midway through the project by playing a few songs on the theater’s prized possession: Its Mighty Wurlitzer Theater Pipe Organ, eighth-largest in the world.

“This has been a huge help,” Werner said of A Time to Help’s morning of service. “Volunteerism is the engine of society. If you want to get it done, get volunteers — because they care.”

A Time to Help’s next volunteer project will be March 7 at the Detroit Water Ice Factory in downtown Detroit. Registration will open in the next week or so at atimetohelp.org.