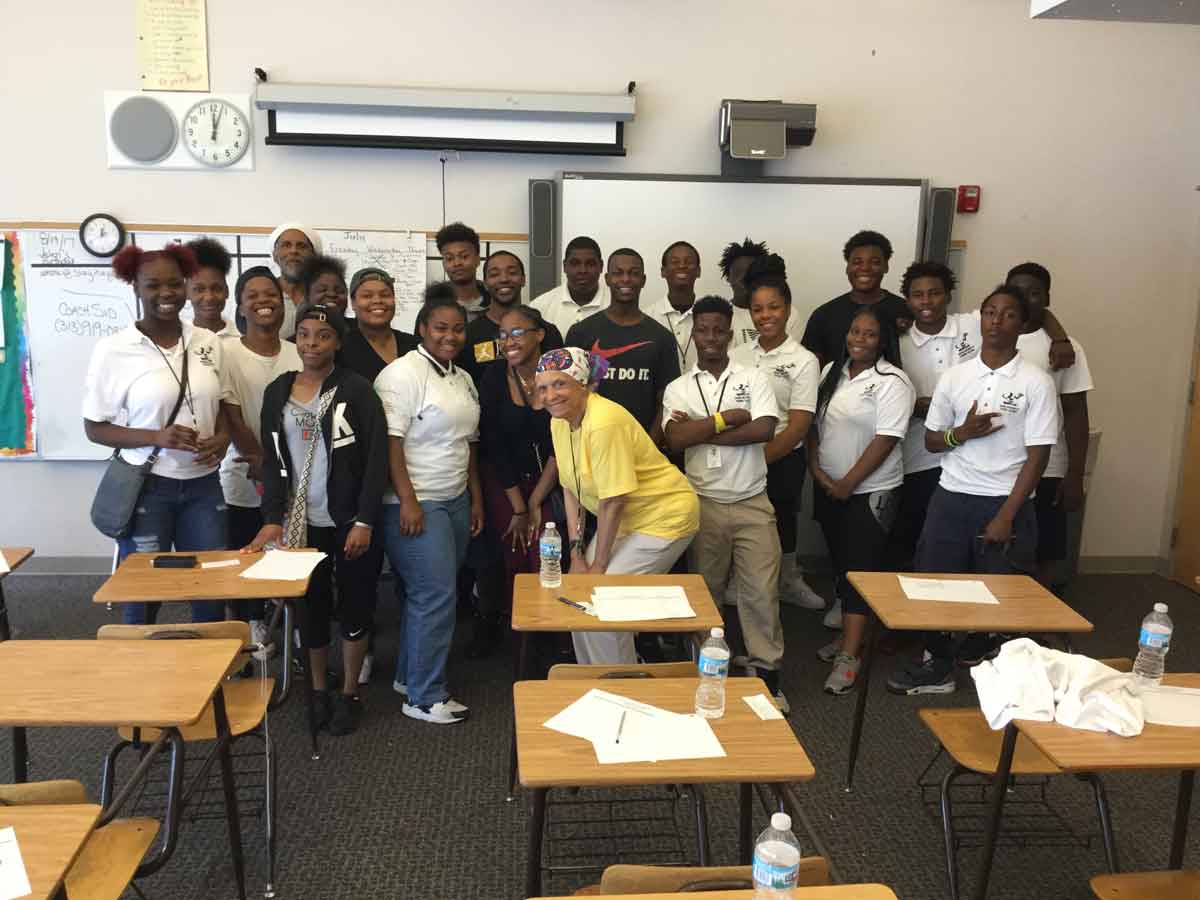 Erica Wright’s eyes were rimmed with tears as he spoke.

S.A.Y. Detroit was visiting Wright’s summer session for a lunchtime pizza party at her Westside Cultural & Athletic Club nonprofit on a recent Thursday when Derrick R. Coleman paid her a surprise visit.

Nearly 40 years ago, Coleman was a 6-year-old boy on Detroit’s west side — “growing up around heroin addicts,” he said — when he found solace, support and love in the form of a woman who had created a youth program out of her home to keep children on the straight and narrow.

That woman was Erica Wright, who founded the Westside Cultural and Athletic Club in 1976.

Today, Coleman, 45, is superintendent of the River Rouge school district. Earlier this year, he was a finalist for Detroit’s superintendent position; Coleman is also working on his doctorate.

“Each one of us has a story to tell,” Coleman told Wright’s 22 teen leaders assembled that day at West Side Academy. “How could I become a district superintendent when my mom didn’t graduate from high school and I didn’t know who my father was? A big part of why I went into education was because of Ms. Wright.”

He looked over at Wright, who was standing to his right in the classroom at the school, where food was being distributed to the needy one floor below outside its doors.

Wright and her grass-root’s nonprofit, which S.A.Y. Detroit supports through funding from Mitch Albom’s annual S.A.Y. Detroit Radiothon, received statewide recognition in 2013 when she was recognized with the Governor’s Service Award.

Coleman said he can’t emphasize enough what Wright and her program did for him during his youth.

“I had a good family, but this woman sheltered a burden for the entire community,” he said. “I was a kid who dealt with self-esteem issues. I never played a down of high school football, or basketball. I needed someone to breathe life into me.

“Everything I do in life now is to be of service for others. She quit her job at the IRS and became, (essentially), the mother of an orphanage. I’m here in my Gucci loafers, but that doesn’t qualify as success. She sacrificed for other people’s kids. If money didn’t mater, what would I do? I’d be Erica.”

When Coleman’s talk was finished, he was swallowed up by Wright’s loving arms in a long embrace.

“I am the one who’s grateful,” she said.