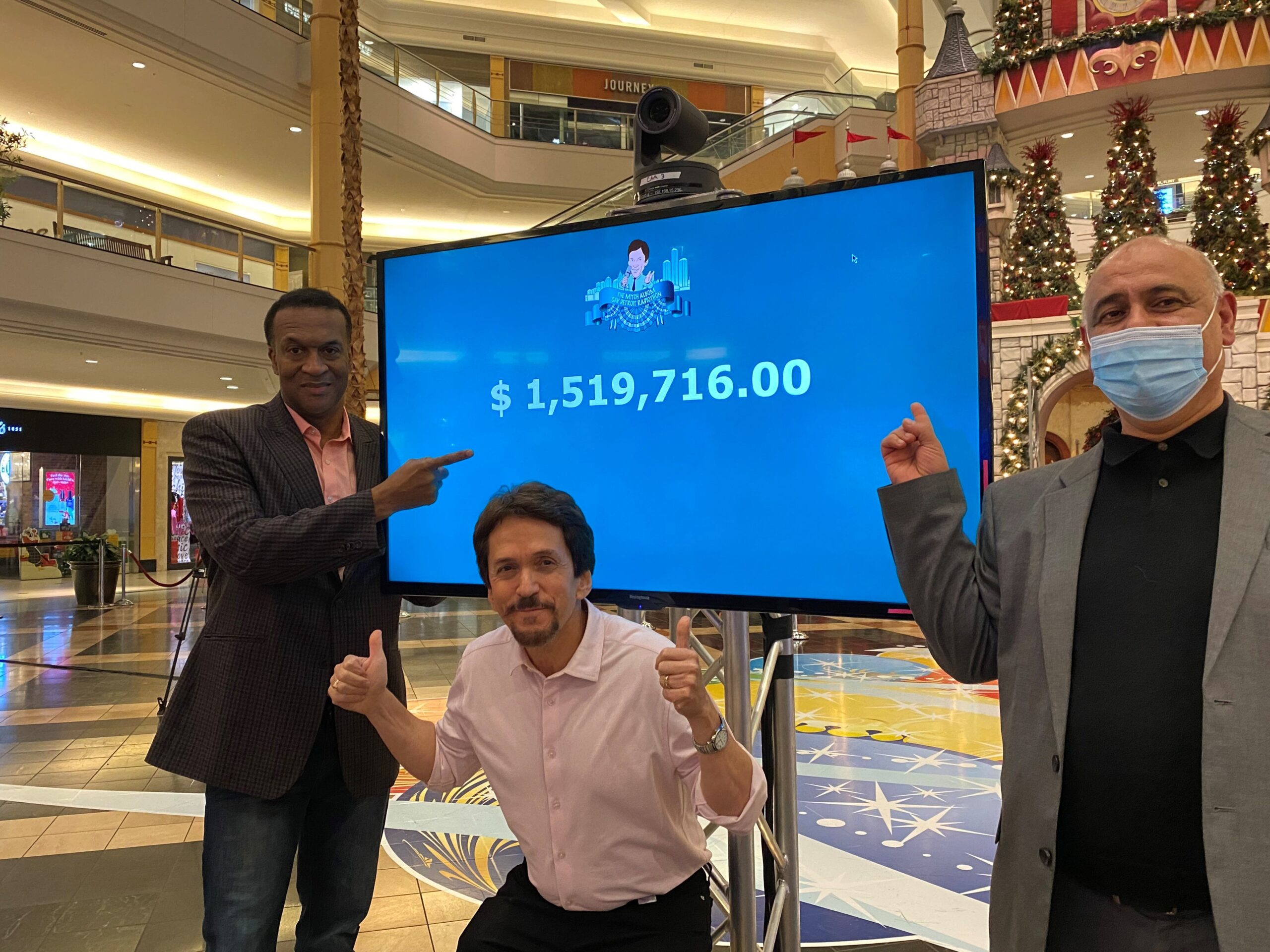 Our largest fundraising event of the year ended with a recording-breaking total: $1,519,716.00!

Held Thursday, December 10th and broadcast for 15 hours on WJR 760AM and mitchalbomradiothon.com (as well as clickondetroit.com and freep.com), the ninth annual radiothon welcomed many traditions even as it introduced some new elements.

It was hosted by SAY Detroit founder, best-selling author and philanthropist Mitch Albom and Ken Brown from the Grand Court (north side) of the Somerset Collection, but unlike years past, no live audience was in attendance due to safety concerns. While volunteers once again manned the call center, they did so from a satellite location at StartupNation’s studio in Birmingham, MI. All show guests joined virtually, either from their homes across the country or though a second satellite location at the SAY Detroit Play Center in the Osborne neighborhood of Detroit.

“I was absolutely stunned by the incredible generosity of Michiganders,” Albom told the Detroit Free Press. “In a year that has been tough for everyone, we dug deep to help the most needy. That’s who we are. I am so proud of our state, our listeners, and the people of SAY Detroit who make it an inspiring source of good in our city.”

Donors bid on one-of-a-kind auction and incentive items including trips to NY and LA, zoom calls with celebrity guests, signed jerseys from Detroit Lions quarterback Matthew Stafford and other sports memorabilia from pro and college teams, a signed shirt from The Voice winner Sawyer Fredericks – who also sang a song live from his latest album, and autographed scripts from hit TV shows from guests like Lily Tomlin, Bradley Whitford, Tim Allen.

The previous radiothons raised more than $7 million dollars since 2012.