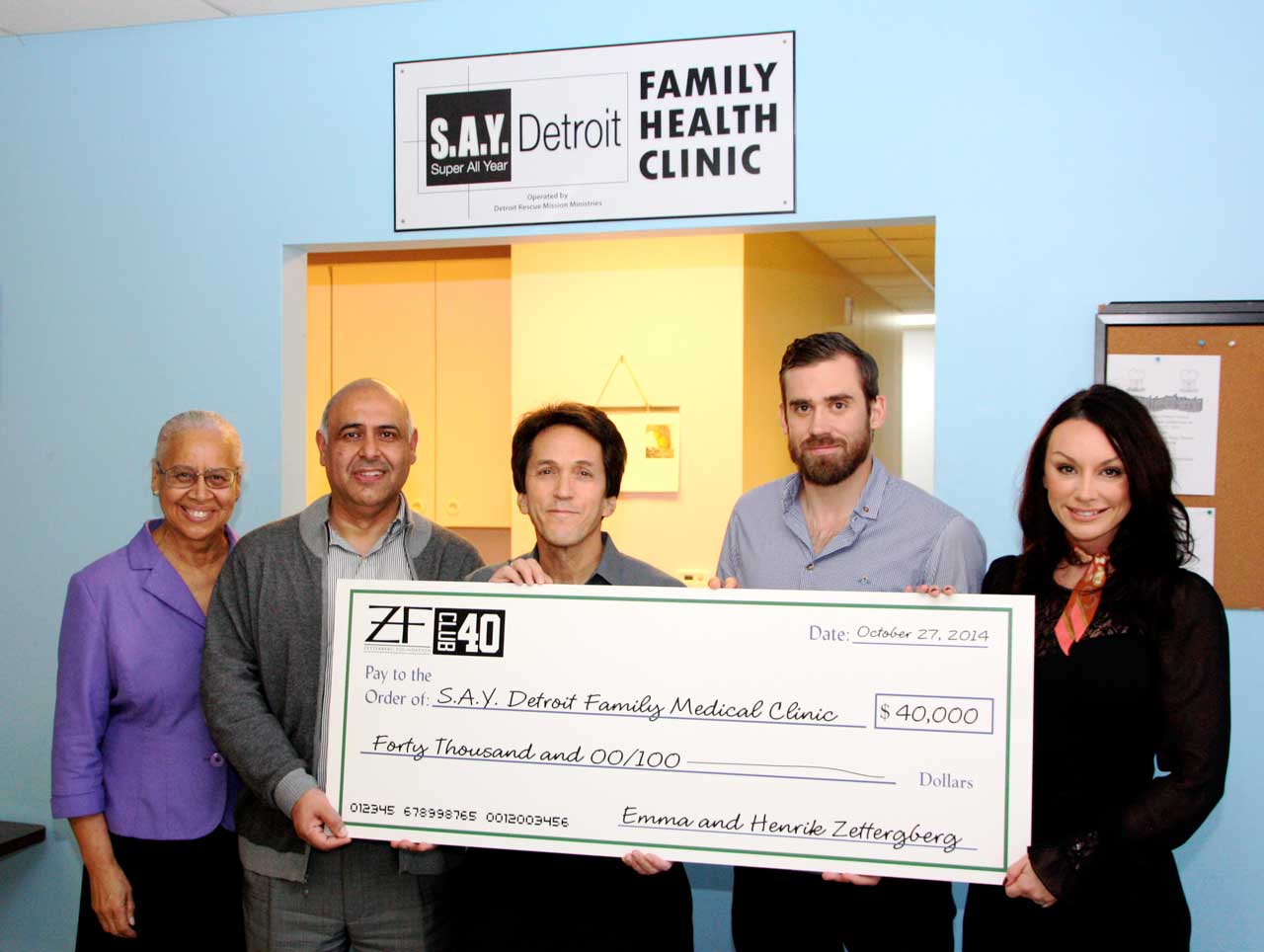 Just one year old, the “Zetterberg Foundation/Club 40” is comprised of four branches, including Club Women, Club Water, Club Education, and Club Detroit.  The S.A.Y.  Detroit Family Health Clinic is this year’s recipient of funds donated through Club Detroit, which will be used to bring more doctors with a wide range of specialties on board.

“We’re so grateful to Hank and Emma for their continued support of Detroit and its surrounding communities,” said Mitch.  “Their generosity – and the generosity of those who give to their foundation – will benefit those who are most in need.”

Mitch founded the S.A.Y. Detroit Family Health Clinic in 2008 in order to ensure that mothers and children who wouldn’t otherwise be able to afford it receive needed healthcare.  It’s the first and only clinic of its kind in the country.

For more about the S.A.Y. Detroit Family Health Clinic, click here.  And for more on the Zetterberg foundation/Club 40, go to zetterbergfoundation.org.

Women Standing Up for Highland Park (and Their Health)