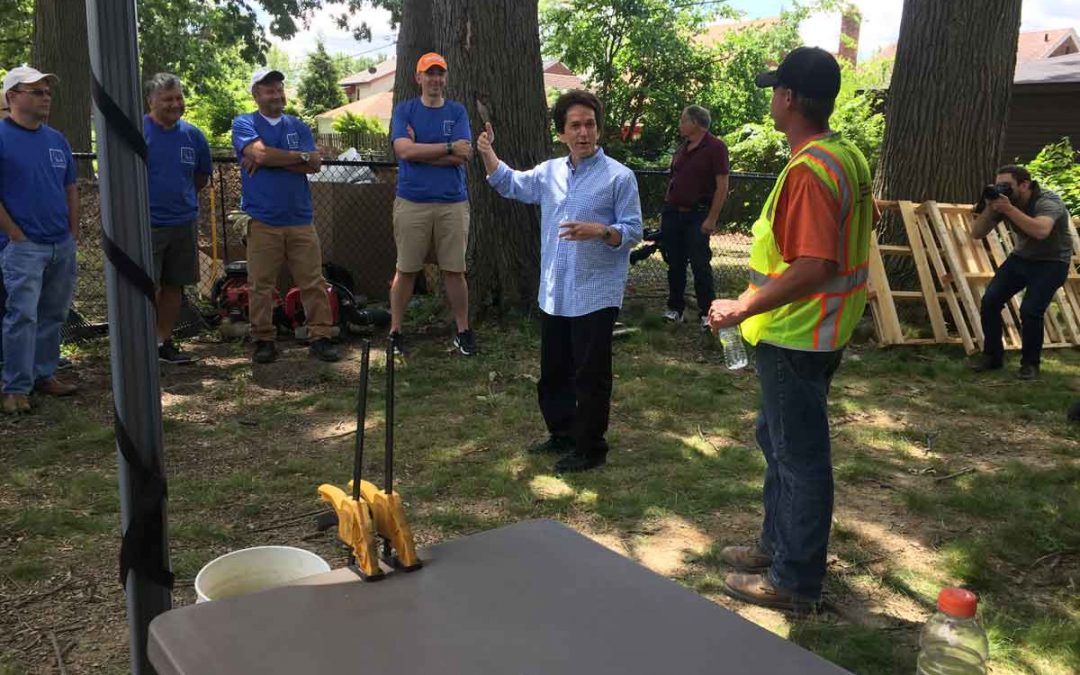 S.A.Y. Detroit teamed up once again with the Cooper Standard Foundation to expand the playground it built back in 2016. It is the same eastside Detroit community where Working Homes/Working Families has rebuilt and given away 9 homes to needy families.

Dozens of employees from Cooper Standard returned to the Morningside neighborhood to add another section of playground equipment this afternoon. The playground is located on Three Mile Road, between Munich and Waveney streets. On hand were Detroit Mayor Mike Duggan and S.A.Y. Detroit founder Mitch Albom.

Albom said: “This project is a shining example of our commitment to benefit families and beautify the neighborhood.”

“It is part of the long-term commitment we have to both the Working Homes/Working Families charity and this neighborhood”, said Keith Stephenson, Executive Vice President and Chief Operating Officer of Cooper Standard.