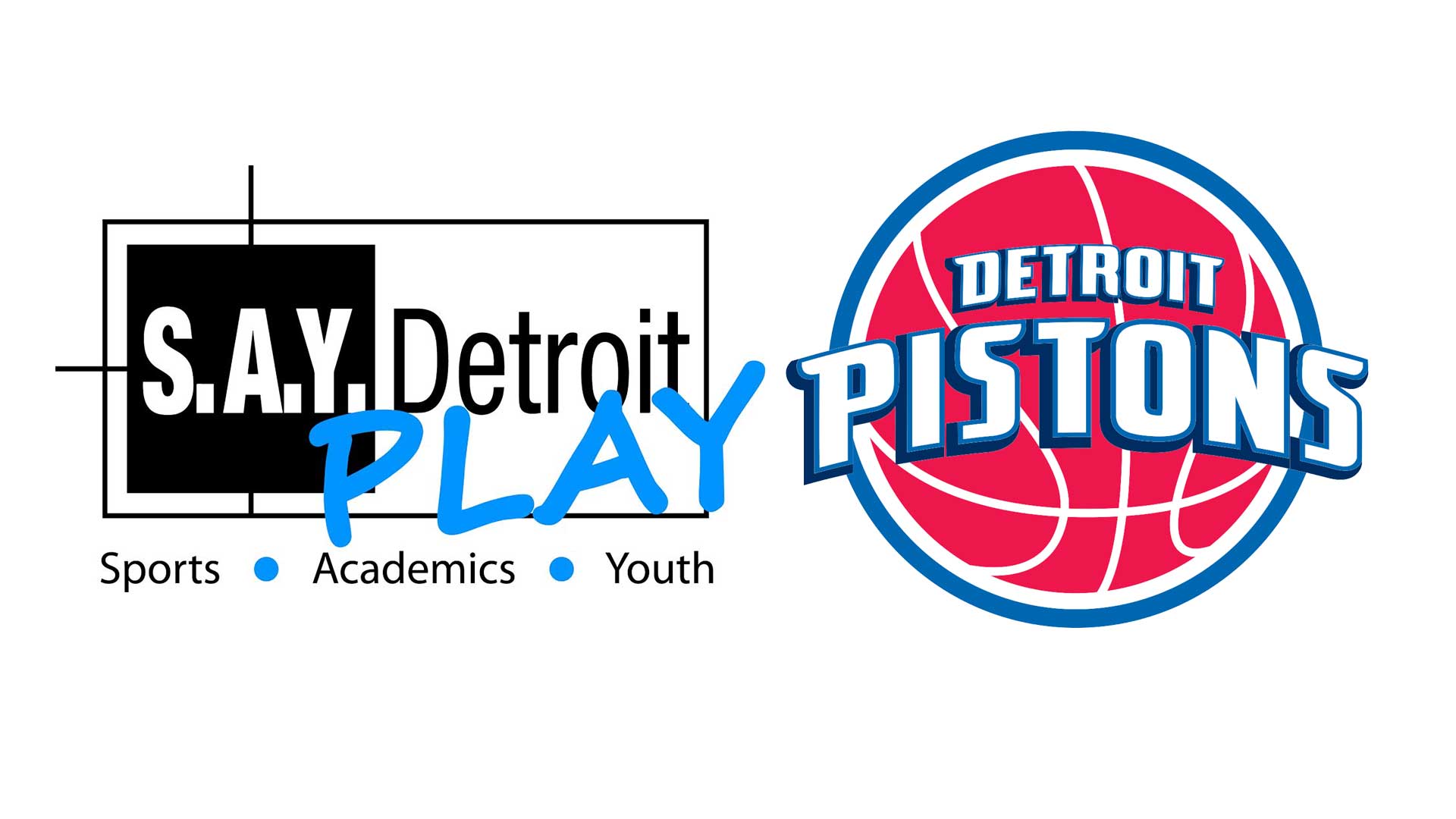 The S.A.Y. Detroit Play Center is excited to announce their newest partnership with the Detroit Pistons.

The Pistons will be donating $600,000 over 6 years, refurbishing the basketball court, scoreboard and gym floor, but most importantly they will help fund the academics that is the foundation of S.A.Y. Play Detroit.

The driving force behind these partnerships is to get students to improve their academics while giving them a state-of-the-art, safe and caring facility to help them be their best selves. And what better way to encourage kids to study than to have Detroit Lions quarterback Matthew Stafford or Detroit Pistons center Andre Drummond spend time with them when their studies are complete. Since the grand opening in October 2015, the S.A.Y. Play center receives an average of sixty students every day after school. With this new partnership, S.A.Y. Play wants to raise attendance further and continue to help build bright futures for these Detroit students.