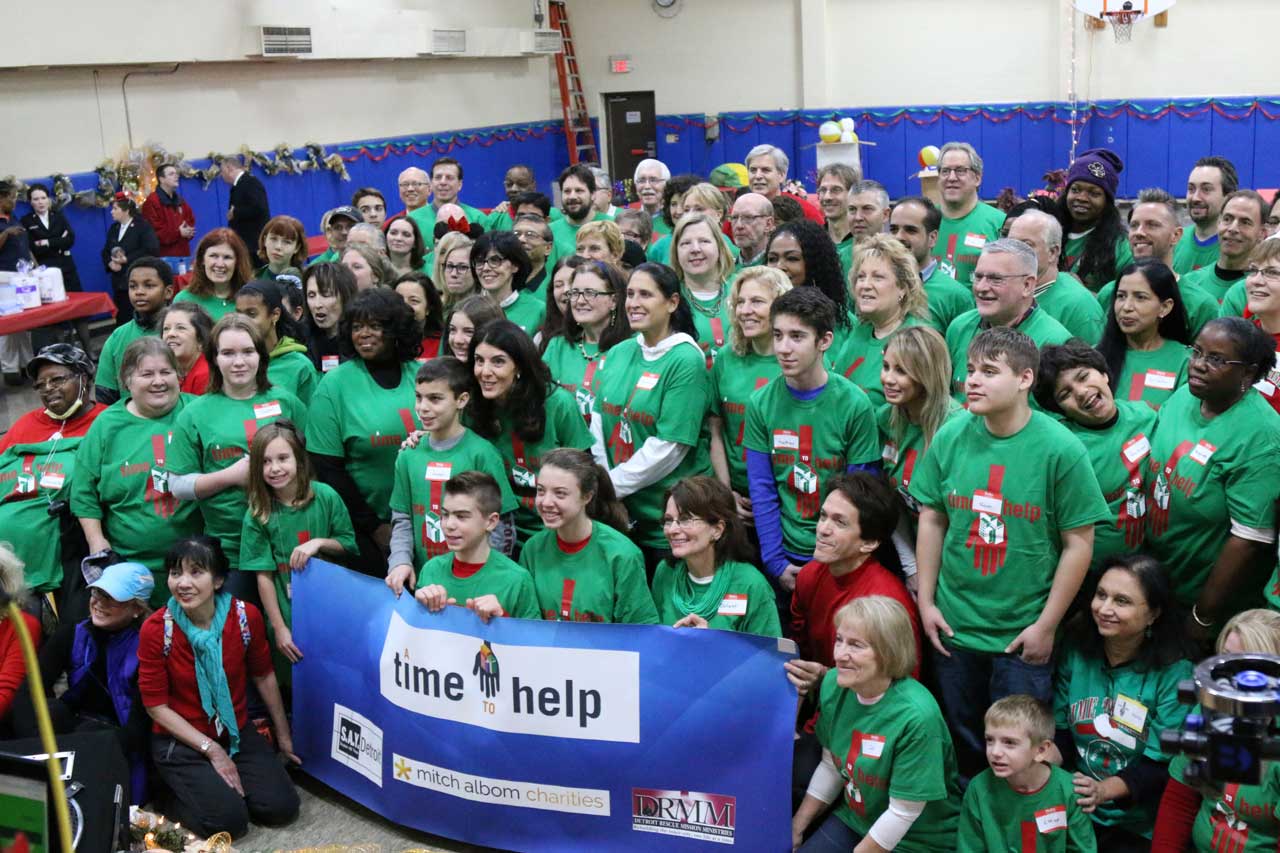 DETROIT (Dec. 12) – Here’s a snapshot of what Saturday’s A Time to Help Christmas Party for shelter residents at The Salvation Army Harbor Light in Detroit looked like: White lights draped and twinkling from the rafters. Small children running around with painted faces playing balloon games, while older ones danced away to hip-hop music.

And one can only guess what it sounded like shortly after S.A.Y. Detroit founder Mitch Albom announced the arrival of Santa Claus, who appeared with Mrs. Claus (and an elf), and gave a hearty “Ho! Ho! Ho!”

Well into its second decade, the annual holiday party is A Time to Help’s largest one-day volunteer effort of the year. More than 100 children and their mothers from The Salvation Army’s area shelters – and more than 75 volunteers – enjoyed a fun-filled day with one goal in mind: to have fun.

Chris Johnston has volunteered for ATTH’s monthly events for the last nine years. She worked at her fifth holiday party on Saturday. “I look forward to this all year,” Johnston said. “The adults and the children have such a good time, their worries and concerns are put on hold for a day. For all of the volunteers, the Christmas Party is special. Once you’ve done it once, you’re hooked on it.”