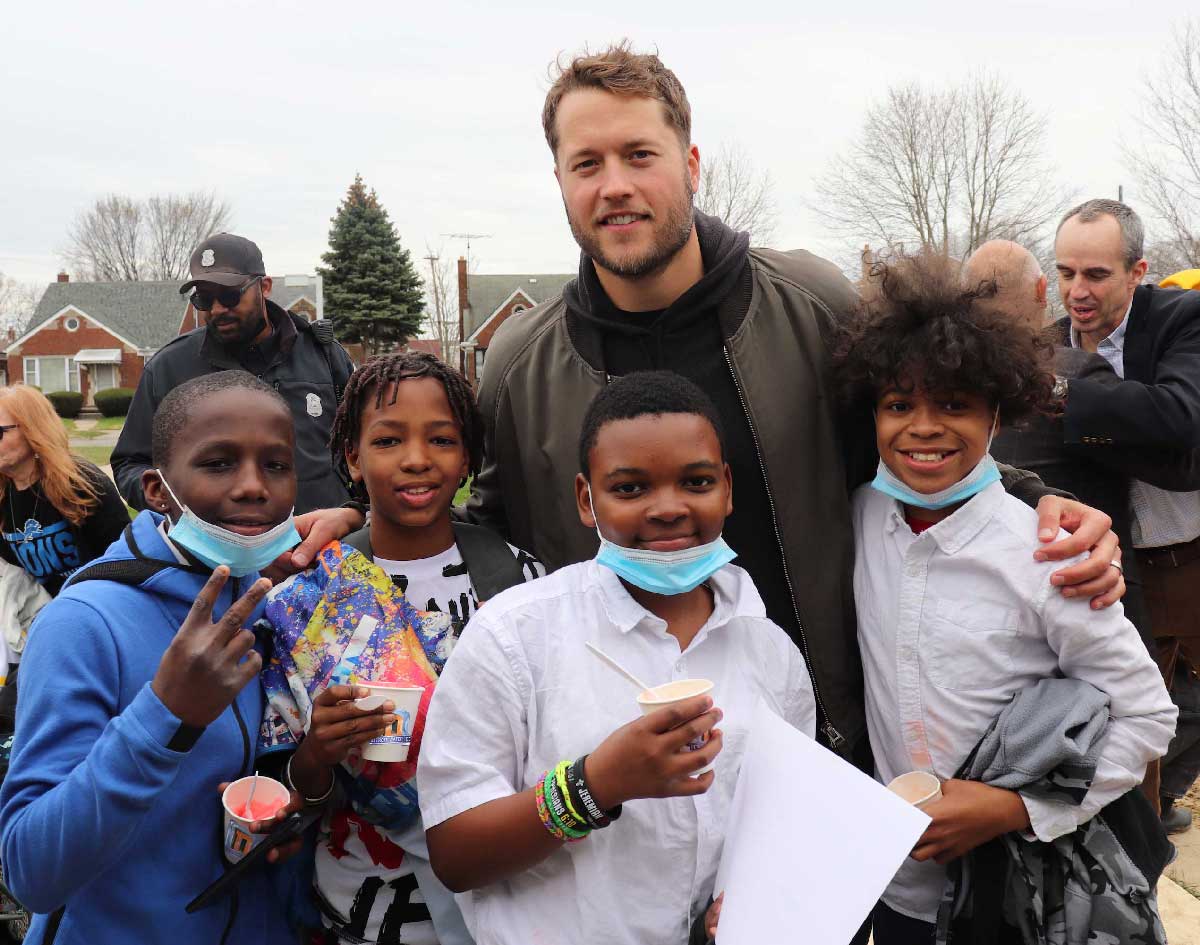 Former Lions quarterback Matthew Stafford and his wife Kelly, whose philanthropic generosity in the community spanned a dozen years, returned to Detroit to participate in a special groundbreaking ceremony on Friday, April 22 to launch a new annex on the grounds of SAY Detroit’s SAY Detroit Play Center at Lipke Park (19320 Van Dyke, between 7 Mile and 8 Mile Roads).

The expansion addition, named the “Kelly and Matthew Stafford & Friends Education Center,’’ will enable the nonprofit to serve a larger population of youth and adult learners. SAY Play, which opened in 2015, is an after-school academic and enrichment program for students age 8 to 18 in Detroit. The annex is expected to be completed in late 2023.

The Staffords have been involved in the center’s development since nearly the beginning. Before the family left in 2021 for Los Angeles, where Matthew Stafford led the LA Rams to the Super Bowl Championship nine weeks ago, the couple donated $1 million towards the new education center. Other legacy gifts include the A.A. Van Elslander Foundation, Blue Cross Blue Shield of Michigan, Trinity Health, The Forbes Company, Artichoke Garlic Foundation, and Tom Gores Family Foundation.

“This is a game changer for SAY Play,’’ said Mitch Albom, SAY Detroit founder. “It enables us to accommodate a much larger number of students in a first-class learning structure, providing a wide gamut of educational choices. We are grateful to Kelly and Matthew, and the other funders, who made this dream possible.’’

Mayor Mike Duggan and Councilman Scott Benson also attended the ceremony, along with other community and neighborhood leaders, and students from SAY Play.

You can watch the full ceremony here on MyMI TV and on the MyMI TV app.