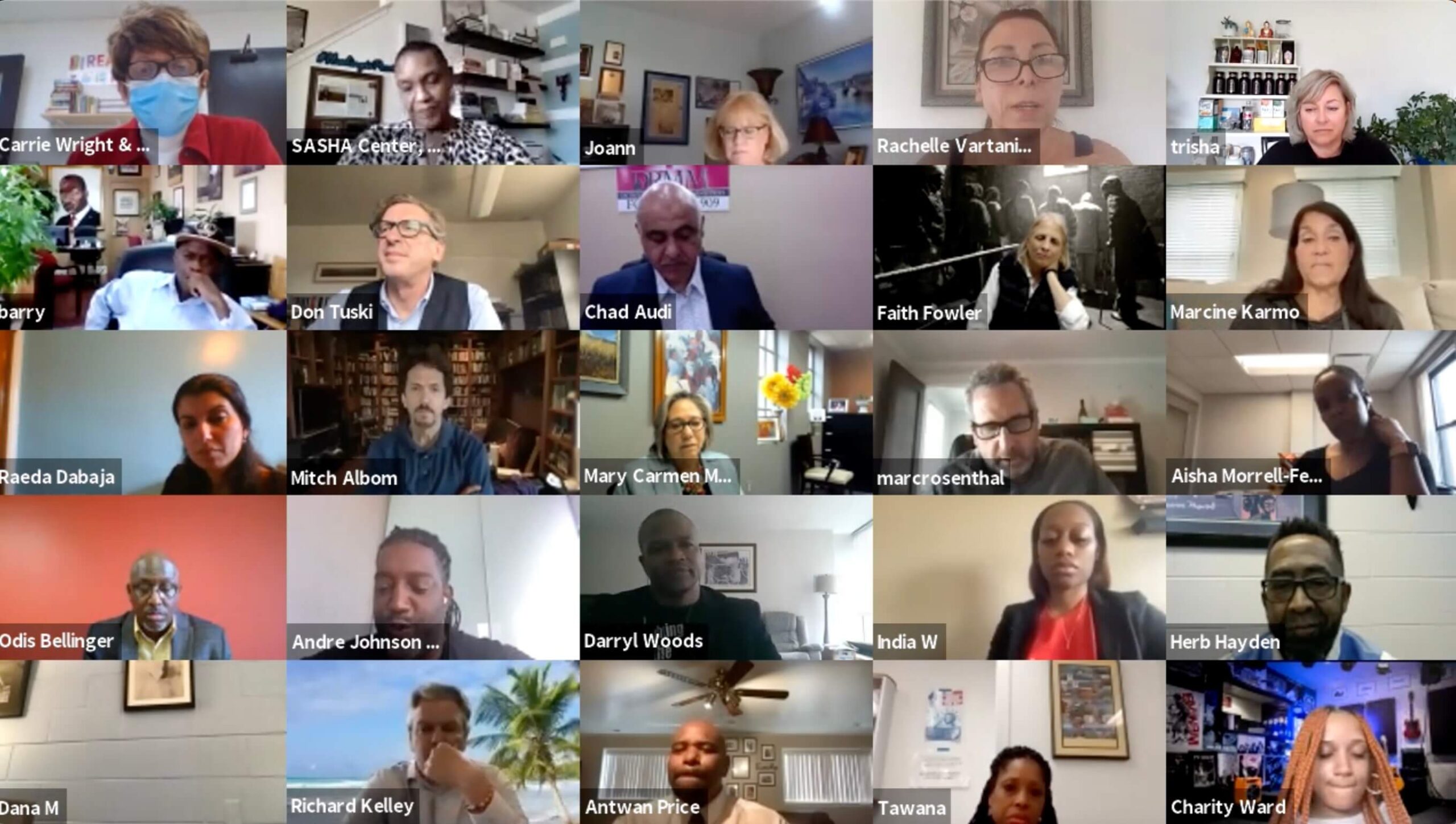 The distribution ceremony was moved from its traditional press conference at the Fisher Building to a virtual event for the second year due to the ongoing coronavirus pandemic. More than two dozen area charity recipients joined the afternoon virtual conference, and its recording is now available for viewing at saydetroit.org.

An annual event since the Radiothon’s inception, the distribution ceremony included first-time recipient Detroit Culture Youth Company, a free dance program founded and run by Detroit Police Officer India Washington, now embedded at the SAY Detroit Play Center at Lipke Park. Washington and SAY Detroit were introduced at one of the first community barbecues hosted by Better Together, an initiative launched last year by SAY Detroit to bridge divides between at-risk citizens and law enforcement, one meal and one neighborhood at a time.

“Connecting committed Detroiters and their efforts to revitalize this city – like the Detroit Culture Youth Company, Better Together, and SAY Play – is what this distribution ceremony is all about” said Albom, who founded SAY Detroit in 2006. “We work together to match those in need with the life-saving and life-changing programs offered by SAY Detroit and its partners. The spirit of collaboration continues, even in our virtual times.”

The distribution announcement featured a closing blessing by Revered Barry Randolph, pastor at the Church of the Messiah and a recipient of funding through A Hole in the Roof Foundation to repair the roof of its historic building. Located on Detroit’s east side, the Episcopal church not only offers housing, food distribution and mentorship programs, it serves as a business “incubation center” for its entrepreneurial members. Funds were also distributed to the programs of SAY Detroit which serves thousands of Detroiters each year, including the SAY Detroit Play Center at Lipke Park, SAY Detroit Family Health Clinic, and the new Better Together program.

Broadcast live each December over 15 straight hours on WJR (760 AM) and mitchalbomradiothon.com, along with broadcast partner WDIV/clickondetroit.com, the Radiothon has raised over $8.5 million since 2012 to help Detroit’s neediest citizens. This year’s Radiothon is December 9th at the Somerset Collection in Troy. To learn more about SAY Detroit, please go to saydetroit.org.

(From funds raised at the 2020 SAY Detroit Radiothon)