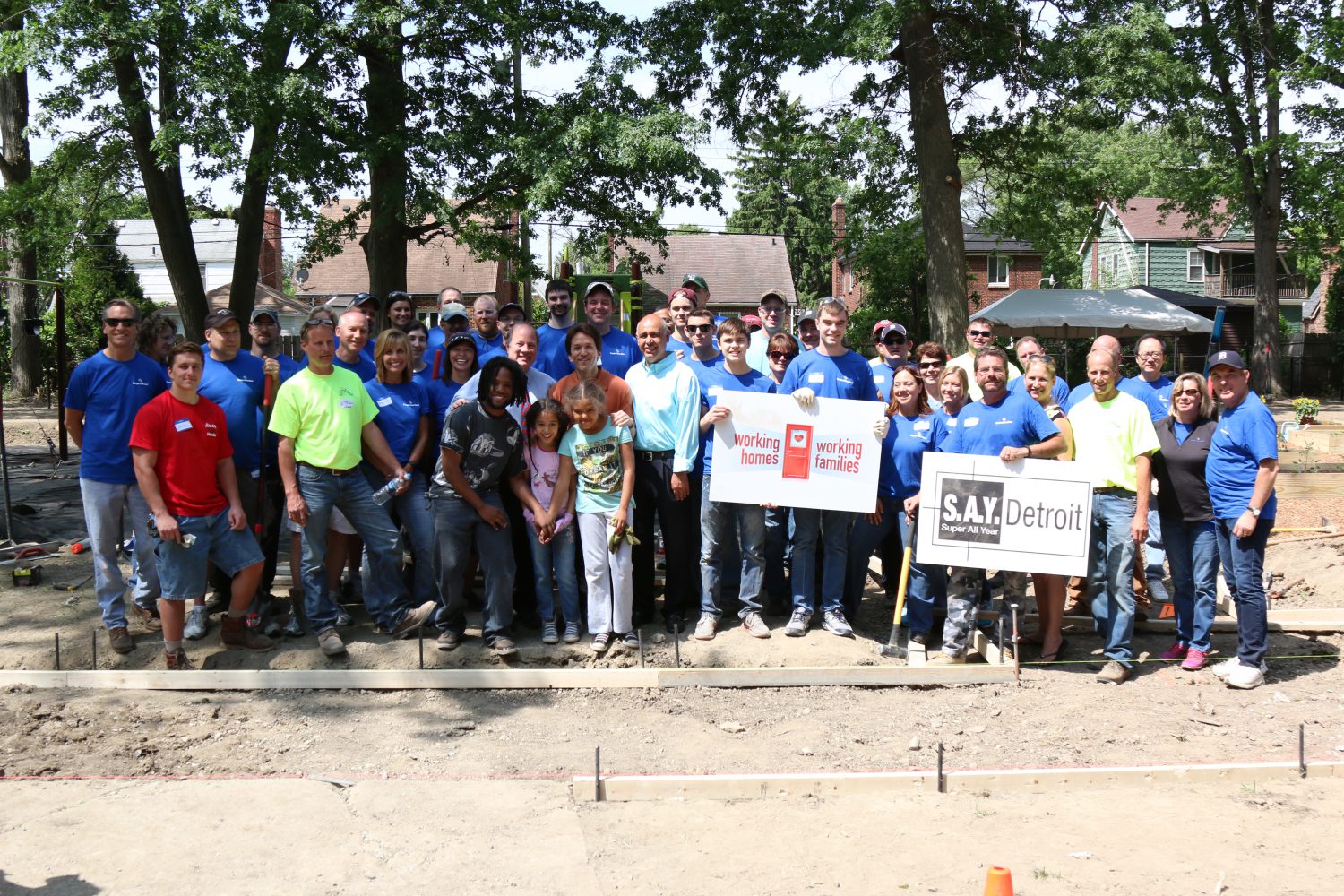 On Tuesday, the 55-year-old U.S. Army veteran stood in front of a new neighborhood playground and urban garden that was spearheaded by the same charity initiative that gave Robinson and his two children a home across the street six months ago.

“A year ago, I lost my fiancé – she died the day after she got in the hospital – and then I lost our home and we were homeless,” Robinson said. “Then, by the grace of God, S.A.Y. Detroit and the Detroit Rescue Mission Ministries recommended me for this program that has been a game-changer for me and my family ever since. Soon, I’ll be working in this beautiful garden and my kids will be playing on the playground. Unbelievable.”

For two days, dozens of employees from Cooper Standard and Honda worked alongside Michigan Recreational Construction of Brighton building a playground and planting vegetables and flowers in raised beds – all to benefit the Morningside community on Detroit’s east side – through S.A.Y. Detroit’s Working Homes/Working Families charity.

“All we had to do was put the word out, and Cooper Standard and Honda came to us,” said best-selling author and journalist Mitch Albom, who founded S.A.Y. Detroit in 2006. “It speaks a lot of those companies to give their employees the time off for them to do this.”

Keith Stephenson, executive vice president and COO of Cooper Standard, said: “We as a company have a commitment to giving back to the community and Detroit is our hometown. We’re passionate about this.”

Located on Three Mile Road, between Munich and Waveney streets, the new community park was built on several vacant lots. It is expected to be completed in the next couple of days, said Craig Sheffer, president of Michigan Recreational Construction.

Detroit Mayor Mike Duggan, who attended Tuesday’s event, praised Albom and DRMM president and CEO Dr. Chad Audi for their continuing commitment to the Morningside neighborhood. In 2015, S.A.Y. Detroit and DRMM, its operating partner, refurbished six formerly vacant homes in the neighborhood, including the one that Robinson now calls home.

“What S.A.Y. Detroit has done is remarkable,” said Duggan, whose grandmother lived on Three Mile Road for 60 years. “I’d love to be able to do this once a week all over the city.”