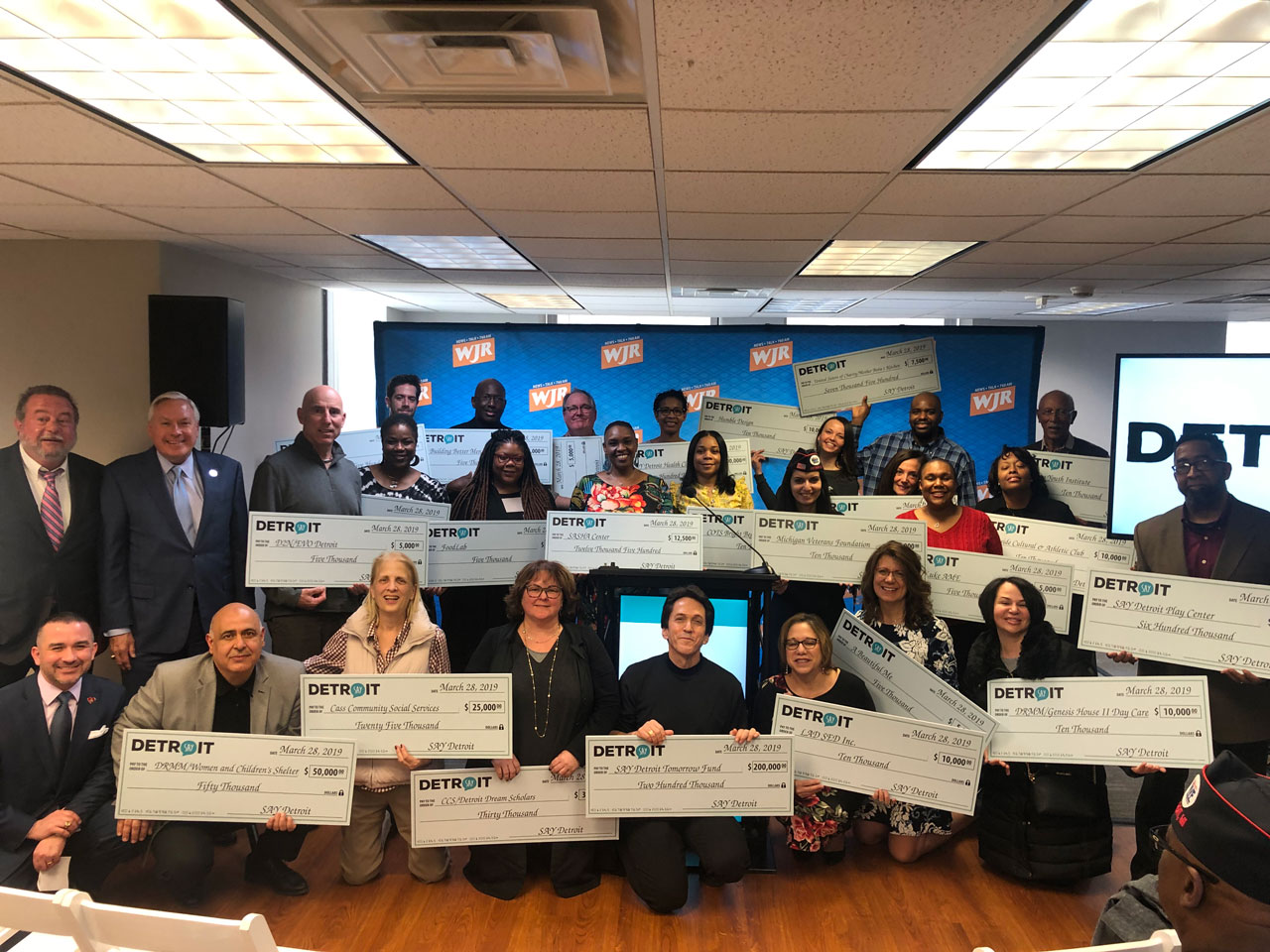 The distribution ceremony at the Fisher Building, an annual event since the Radiothon’s inception, included several first-time recipients, including Avalon Village, FoodLab Detroit, Yad Ezra, A Beautiful Me, and Building Better Men.

“Today we share the generosity of the wonderful people and companies in Metro Detroit,” Albom said. “Thanks to them, we broke our previous Radiothon record. This enables us to operate our numerous SAY Detroit initiatives. And, as per our tradition, we share a chunk of this generosity with other organizations, large and small, who, like us, are dedicated to helping Detroit’s neediest.”

Since its first broadcast in 2012, the annual Radiothon has raised over $5.7 million to help the poor, the homeless, families without houses, children and mothers without medical care, students hoping to reach the college of their dreams, and veterans who have hit hard times.

The 2019 SAY Detroit Radiothon will be held Dec. 12th at The Somerset Collection mall in Troy.