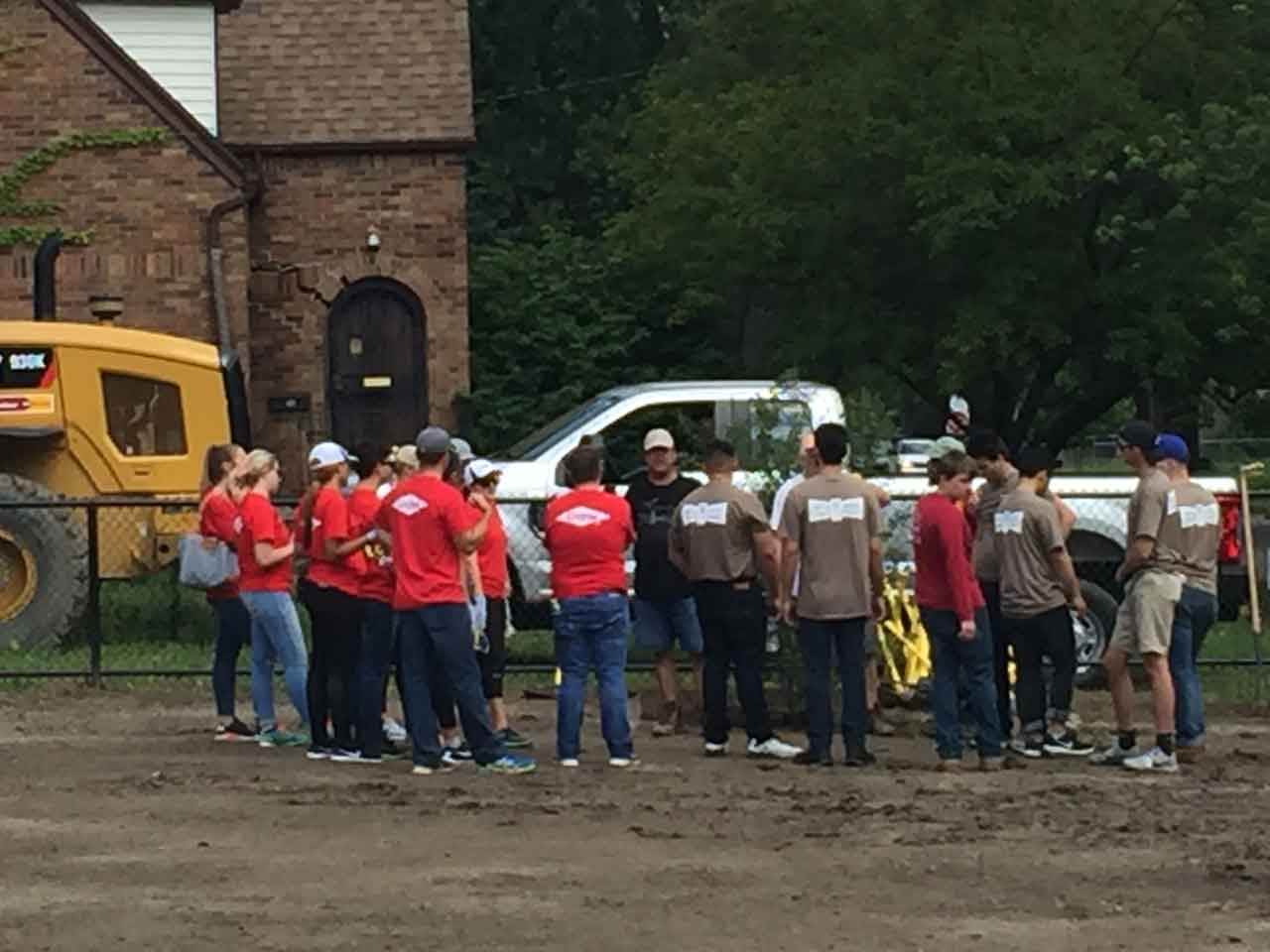 Last Thursday, June 28th, volunteers gathered in the Morningside neighborhood in the east side of Detroit for another community space rehab, a special project in coordination with S.A.Y. Detroit, Cooper Standard Foundation, The Dow Chemical Company, and the City of Detroit. Since 2016, Cooper Standard volunteers have, in concert with S.A.Y. Detroit’s Working Homes / Working Families, steadily rebuilt Morningside by removing blight and converting public spaces into playgrounds.

For more than six hours, volunteers built a new privacy fence, planted trees, laid mulch, and built a wall for a future mural.

The work of recovery is long-term, and rebuilding the neighborhood is a block-by-block mission. More than nine homes in the area now belong to families in the Working Homes / Working Families initiative, with one of last year’s recipients right down the street from this new park.

Several new homes to be refurbished in the program will also be in the Morningside neighborhood, and we’re gearing up with the Detroit Muscle Crew II for those builds in the coming fall.