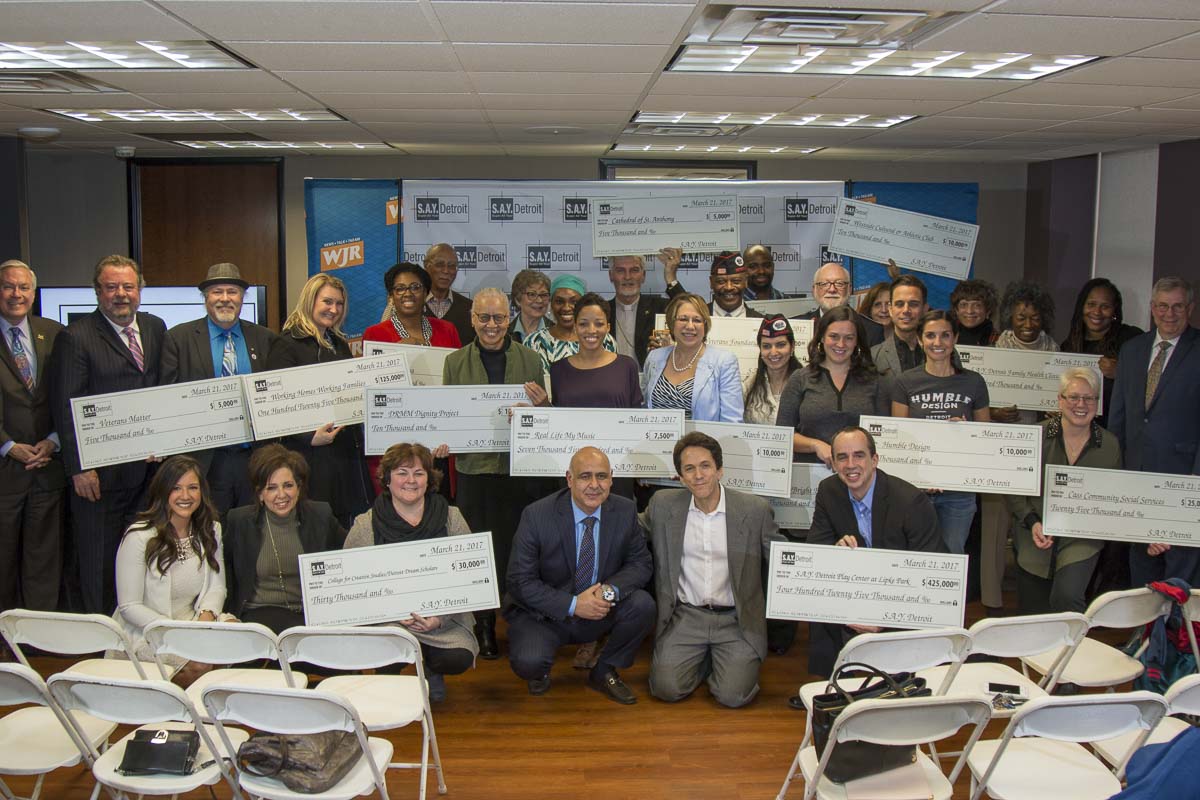 Albom, who founded S.A.Y. Detroit in 2006, presented the checks to the benefiting charities with Dr. Chad Audi, president of the Detroit Rescue Mission Ministries, along with representatives of several major donor organizations.

“This is our happiest day of the year, when we can share funding with our hard-working charitable initiatives as well as many worthwhile outside agencies that are doing incredible work to help Detroit’s neediest,” Albom said. “The Radiothon is a gathering of generosity. Today is a spreading of that generosity. On behalf of the 20 charities that will benefit, I deeply thank the people of Michigan who helped us reach this milestone last December. Your kind and generous hearts are what being human is all about.”

Checks were distributed to the following area charities:

Albom on Tuesday also announced the creation of the S.A.Y. Detroit Tomorrow Fund, an endowment fund established to help preserve S.A.Y. Detroit’s legacy and be a catalyst for new growth. The fund was launched with a $50,000 donation.

Broadcast live over 15 hours on WJR (760AM), the sixth annual Mitch Albom S.A.Y. Detroit Radiothon will be held Dec. 7 at the Somerset Collection in Troy.