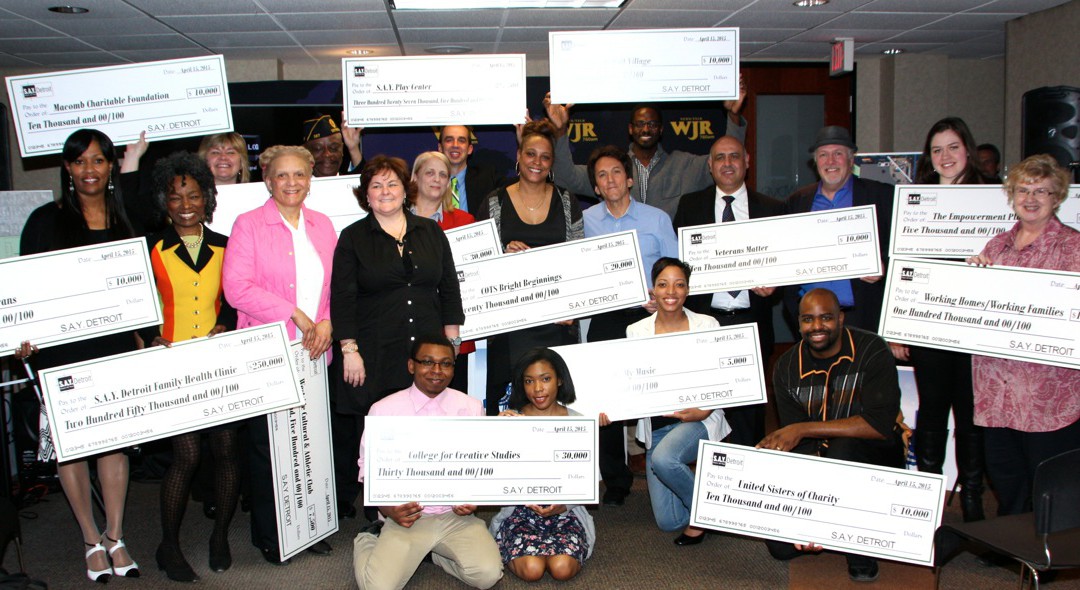 Detroit, Michigan – April 15– More than a dozen local charities were grateful recipients of $825,000, funds raised from the Third Annual SAY Detroit Radiothon held last December. Representatives from several major donor organizations and the recipient charities gathered on  the 7th floor of the Fisher Building to celebrate what is for S.A.Y. Detroit, “the best day of the year.”

“We couldn’t do this without the continued generosity and support of both the public and business sectors in our community,” says Albom. “For the third year in a row, we were able to raise enough funds to not only support S.A.Y. Detroit for another year, but also to share with several very worthy Detroit organizations that serve the poor, homeless, disadvantaged children, and veterans, just as S.A.Y. Detroit does.” Among the planned projects included the building of handicap bathrooms at Cass Community, housing for homeless veterans through Veterans Matter and the Michigan Veterans Foundation, continued scholarships at the College for Creative Studies, and the continuation of deserving programs that care for the physical, educational, and spiritual needs of Detroit’s neediest citizens.

Photos from the conference (click on a thumbnail to view slideshow)

The SAY Clinic, located at 211 Glendale in Highland Park, is dedicated to the service of all women and their children who are in desperate need of health- care, regardless of their ability to pay.