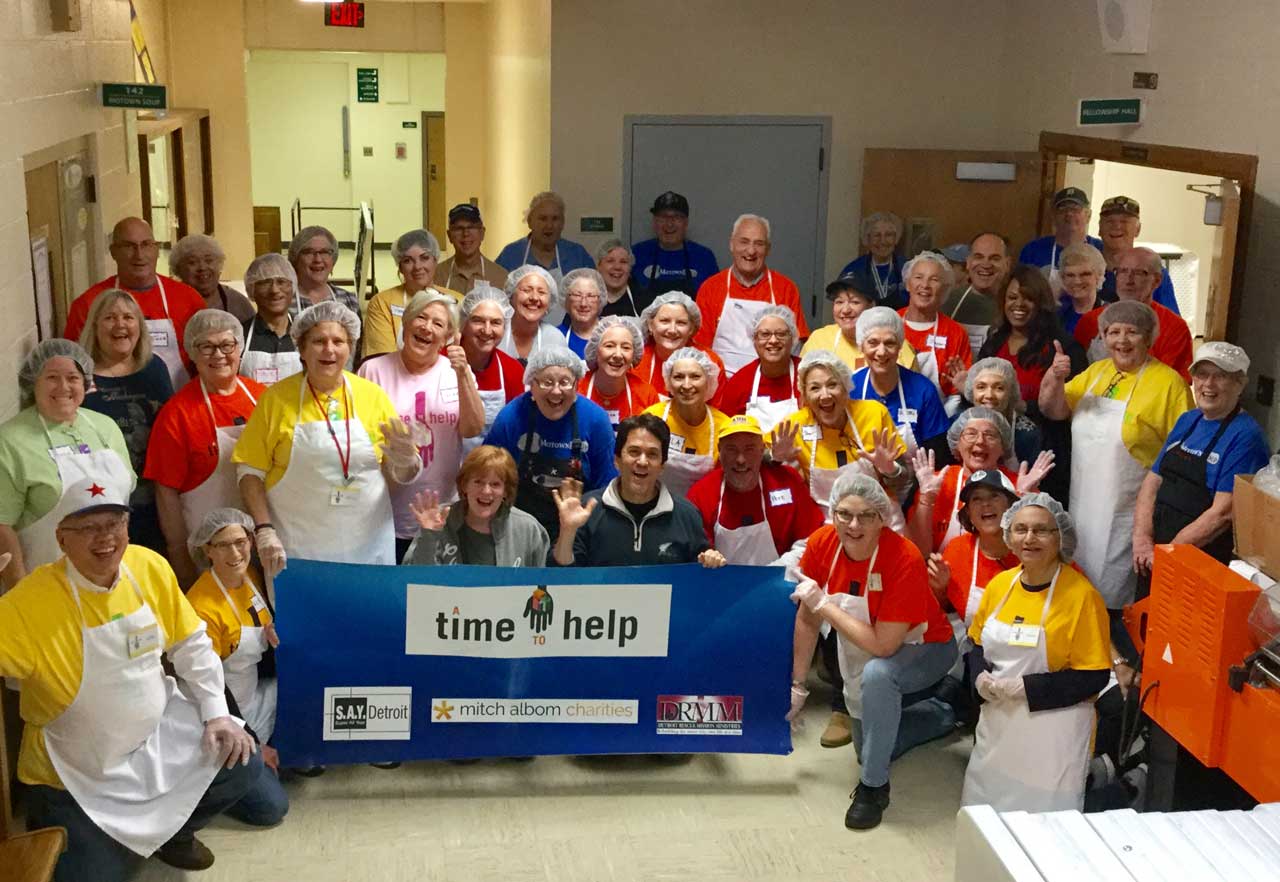 UTICA — Two hours later, she was laughing about it.

Sherri Primeau of Macomb was nervous as she walked into Trinity Lutheran Church for her first A Time to Help (ATTH) project Saturday morning. She didn’t know a soul.

Her husband, Jim, who volunteers with SAY Detroit’s Muscle Crew, was supposed to be at her side, but he couldn’t make it because of a work commitment.

But moments after Sherri joined the room filled with volunteers, her face lit up: Standing in front of her was a former neighbor whom she hadn’t seen in years —Bobbi Czarnik, a regular Motown Soup volunteer. Czarnik placed Primeau on her “team’’ packaging mini-Chicken Noodle Soup, and — wouldn’t you know — she had a blast.

“This was so much fun,” Primeau said. “You always feel good when you do something for someone else. I’m just so glad I came.’’

Assisted by Motown Soup’s volunteer leaders, nearly 40 ATTH volunteers packaged 1,704 packages of soup and other dry goods in just under three hours. It was the second time this year that ATTH helped restock the storage room for the nonprofit.

SAY Detroit founder Mitch Albom was on hand and welcomed the group at the start.

For those keeping score, the “team’’ of volunteers which came out on top was Chicken Pot Pie (369), followed by Mini-Chicken Noodle (320) and Mini-Green Pepper (302).

A trio of volunteers also made 320 gift boxes that Motown Soup will use for the holiday season.

“We had six different product lines going, and what you’re doing today is helping us fill in the gaps,” said Dan Kennedy, Motown Soup’s volunteer coordinator. “We saw about a 20% growth last year from the year before. We continually get requests. We’re completely dependent on volunteers.”

It was great morning!

ATTH next will gather on back-to-back days for the annual SAY Detroit/Salvation Army Holiday Party (on  Dec. 14) and the decorating event, which will be held the day before. Registration and details about the projects can be found here.