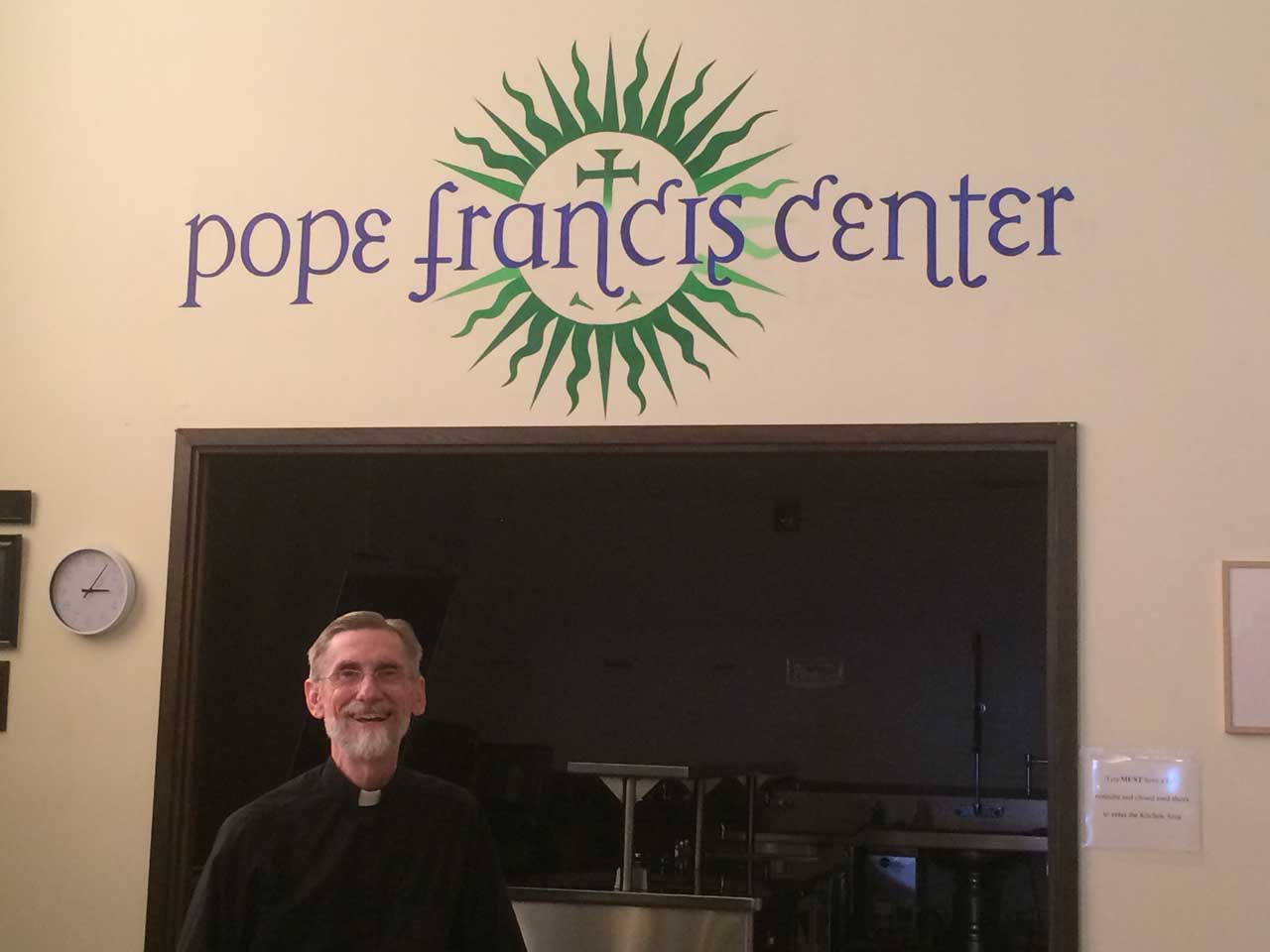 It’s not everyday that you’ll find Fr. Gary Wright kneeling beside a concrete pit in the basement of his 168-year-old church.

But this was a special occasion.

Wright wanted to show a visitor exactly how the proceeds from a $5,000 donation from Mitch Albom’s Hole in the Roof Foundation benefited the Pope Francis Center at St. Peter & Paul Jesuit Church in downtown Detroit.

With operations director Lydia Maola providing light from her cell phone, Wright proudly showed where a failed section in the century-old pipe was replaced – all thanks to funds that were raised to help more than a dozen area nonprofits and charities at last fall’s S.A.Y. Detroit Radiothon.

How critical were the repairs? No longer does the pit fill up with raw sewage. No longer does it overflow into the church basement, its smell permeating through the floor under the altar when Wright is holding mass. And no longer does sewage back-up into the bathrooms of the warming center next to the church, which provides services and tends to the most basic needs of up to 80 homeless people a day.

“What the repairs mean is that we don’t have to have quarterly visits (by plumbers) to clear the line, or shut down the center altogether when it backs up,” Maola said.

Wright said he is “forever grateful” for the much-needed donation.

“It was a wonderful gift to us and a surprise – since it was on the day that we had a major back-up was also the day that (S.A.Y. Detroit) called,” he said. “I’d like thank Mitch Albom because he has the courage to do what he does; he is moved by the generosity of his work. The key here for us is we’re able to continue to honor the dignity of the people we serve.”

A Hole in the Roof to Help Sacramento Church