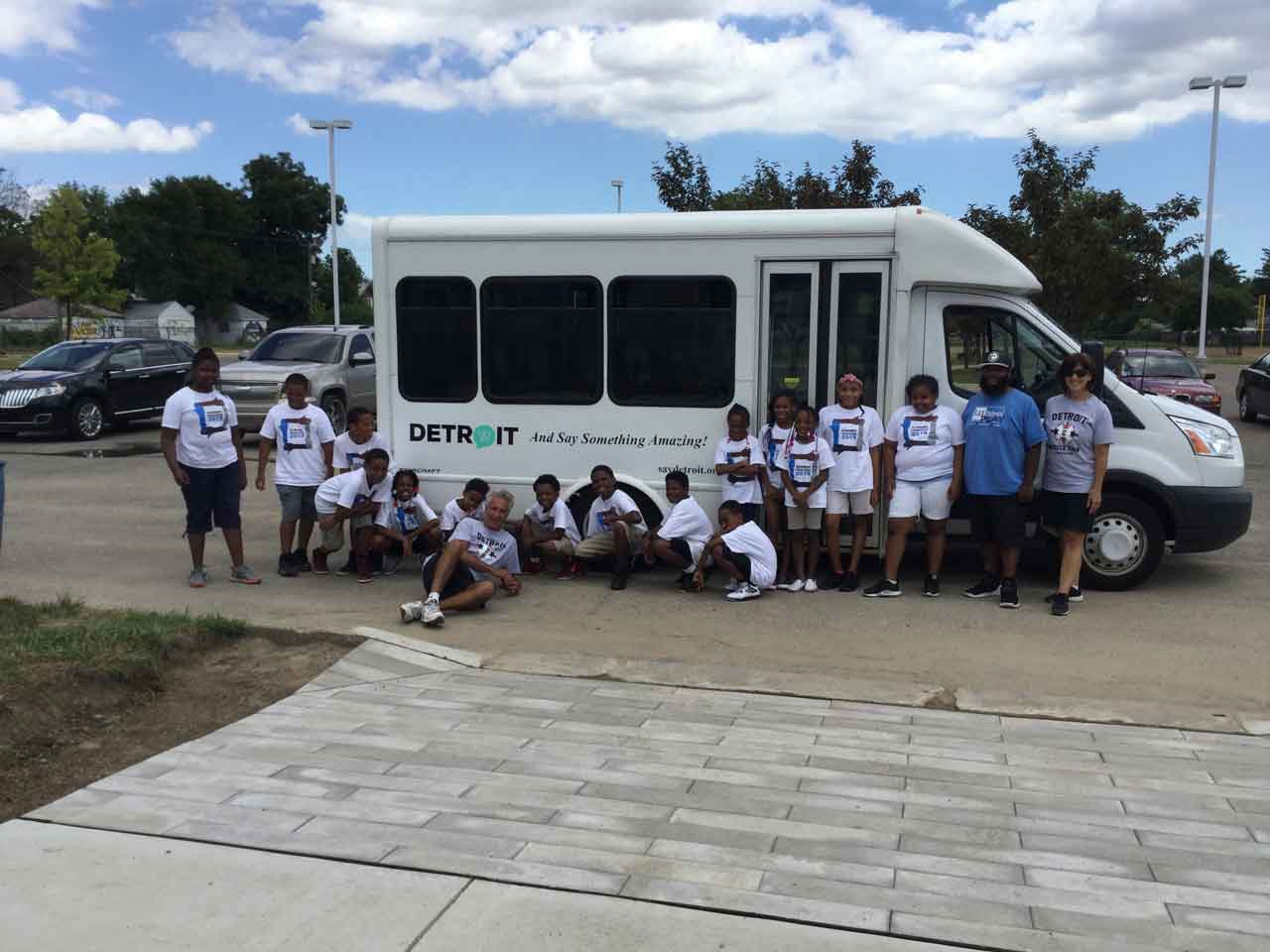 Detroit — The SAY Detroit Muscle Crew II was at it again.

On the heels of Albaugh Masonry’s gift of labor in replacing the concrete entrance to the SAY Play Center two weeks ago, another marked improvement took place on Wednesday.

Tami and Dennis Caren have been members of the Muscle Crew since SAY Detroit founder Mitch Albom started a local chapter in 2017; the “original’’ crew helped rebuild an orphanage/school in Port-au-Prince after the 2010 earthquake. The orphanage eventually was renamed the Have Faith Haiti Mission, which is operated by Albom’s A Hole in the Roof Foundation.

The Muscle Crew is a team of skilled tradespeople who volunteer their labor for projects that benefit SAY Detroit.

The Carens said they’re proud Muscle Crew members who love to give of their time.

“We were looking for a way to volunteer and this is a really good organization,” Tami Caren said. “It makes us feel good to help these kids.”

“We’re trying to be like a family here, and having the Muscle Crew is like having an uncle who can come in and fix anything,” he said. “Like Dennis (who’s also an electrician) is now trying to help us fix a lighting problem that we have.”

As for having new signage on three of the four formally all-white vehicles, Tenbusch said their members can now ride with more pride in the city.

“Our kids have been riding around in anonymity, and now, well, it truly is amazing — it reinforces who we are,’’ he said. 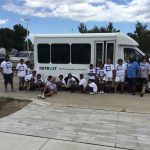 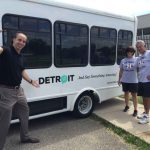 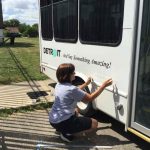 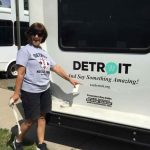 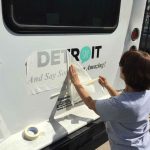