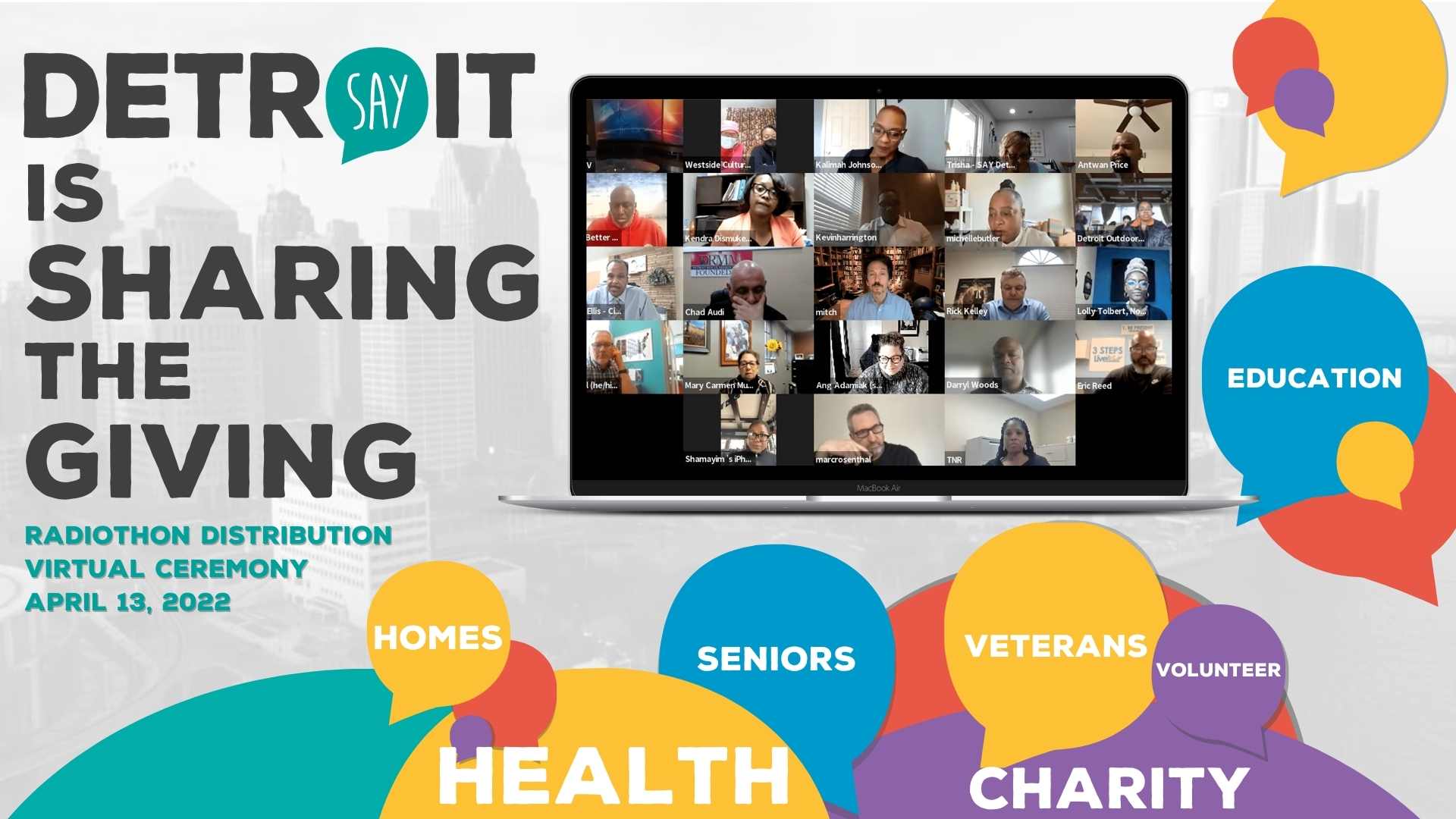 Emceed by SAY Detroit founder Mitch Albom, the virtual presentation featured representatives from more than two dozen charities, including Mi-Cycle, the nonprofit’s newest initiative. Other first-time recipients include Arts & Scraps; Youth is the Truth; People’s Action; Detroit Outdoors; Hugs from Heaven and Citadel of Praise. SAY Detroit annually shares a percentage of donations from the Radiothon to partner organizations and charities that share the nonprofit’s mission to help Detroit’s neediest citizens.

“This event is one of the best days of the year,” Albom said. “Being able to help other nonprofits in our area each year who share SAY Detroit’s mission is not only heartwarming, but gratifying as well. The funds will enable them to help others in need.”

Broadcast live each December over 15-straight hours on WJR (760 AM) and mitchalbomradiothon.com, along with broadcast partner WDIV/clickondetroit.com, the Radiothon has raised over $10 million since 2012. This year’s Radiothon is Dec. 8 at Somerset Collection in Troy.

(From funds raised at the 2021 SAY Detroit Radiothon)