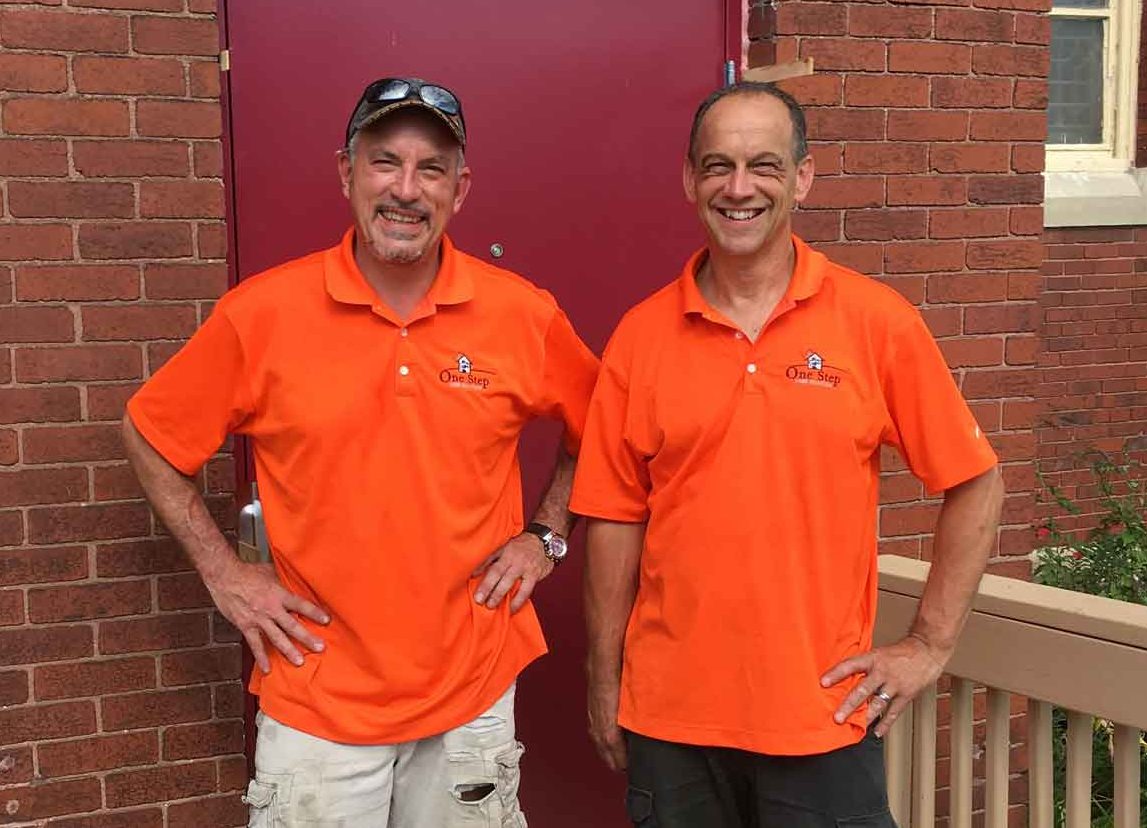 That sums up the dedication and commitment of Detroit Muscle Crew II members Mike Stephanoff and Ron LaBarge of One-Step Home Solutions.

We are happy to report that our first major project of the DMCII is completed at the Cathedral of St. Anthony (5247 Sheridan Street, Detroit) largely because Mike and Ron continued to step up to the plate and make sure that the food and clothing pantry, and the entrances to the 100-plus year-old church, received the necessary improvements they sorely needed.

The final phase of the project consisted of installing two new steel entry doors; the first phase (completed a few weeks ago) included the installation of 18 new glass block windows. You can read our previous posts to learn more about the contributions of Mike, Ron and other DMCII team members on that part of the project.

“We accomplished an awful lot thanks to you guys,” Jim Penrod, St. Anthony’s clothing and food director, said Monday. “When we started our second project (the new doors) and no one stepped up to the plate, they handled everything. It looks great. It really looks good. You don’t know what a help you’ve been to us.”

Mike, who served as the manager of the St. Anthony improvements from beginning to end, logged a total of 60 volunteer hours on the projects over the course of the past few months; Ron totaled 54. Materials were purchased via funds that Bishop Karl Rodig’s church received from the Hole in the Roof Foundation via Mitch Albom’s S.A.Y. Detroit 2016 Radiothon. The church’s food and clothing pantry assists thousands of residents each year.

“I think they’re a wonderful group of people, and you also realize the battle they’re engaged in,” Mike said. “That building requires so much tender loving care and maintenance; I’m glad I was able to help them.”