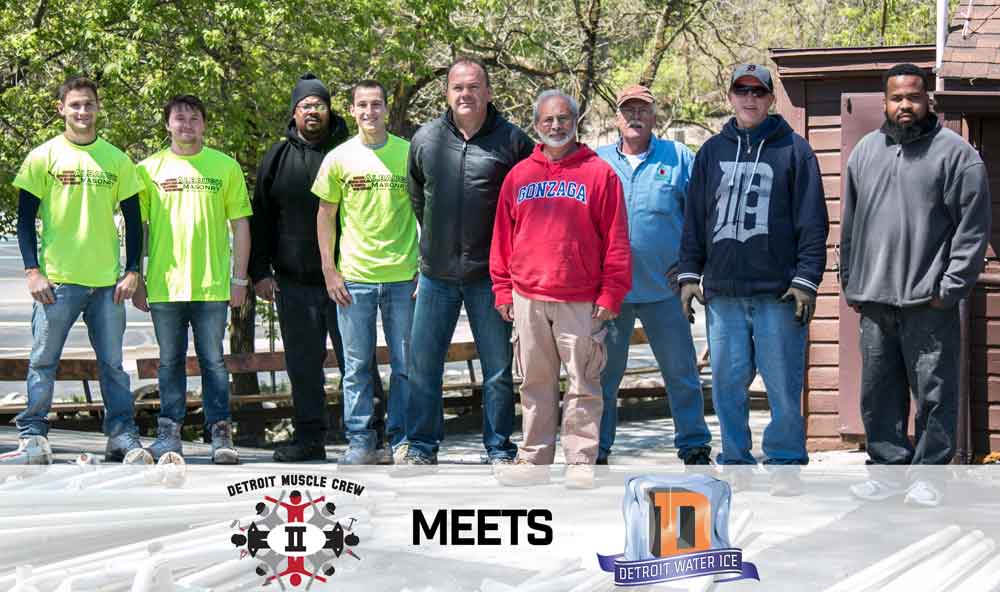 On short notice on Monday, volunteers from the Detroit Muscle Crew II and the Detroit Rescue Mission Ministries gathered to erect a tent that will be used this summer for S.A.Y. Detroit’s satellite location of the Detroit Water Ice Factory.

Special thanks go to Scott Albaugh of Albaugh Masonry, who sent three of his summer employees to the Franklin Cider Mill in Bloomfield Hills, where the tent was raised. Fellow Muscle Crew team member Jack Galopin drove in from Pinckney to help. Thanks Jack!

And, as always, big thanks go to Dr. Chad Audi, president of the Detroit Rescue Mission Ministries — our operating partner — who sent three people over to lend a hand.

From start to finish, the job took two hours to complete. Thank you volunteers!